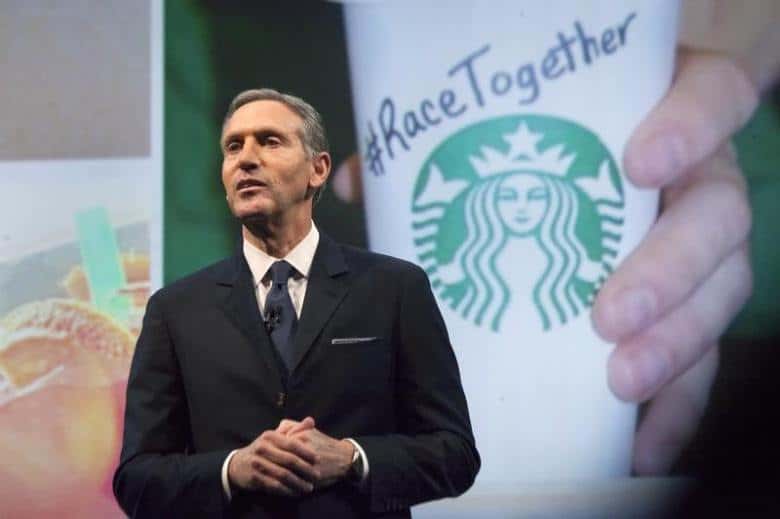 We are living in an unprecedented time, one in which we are witness to the conscience of our country, and the promise of the American Dream, being called into question. These uncertain times call for different measures and communication tools than we have used in the past.

We have a long history of hiring young people looking for opportunities and a pathway to a new life around the world. This is why we are doubling down on this commitment by working with our equity market employees as well as joint venture and licensed market partners in a concerted effort to welcome and seek opportunities for those fleeing war, violence, persecution and discrimination.

There are more than 65 million citizens of the world recognized as refugees by the United Nations, and we are developing plans to hire 10,000 of them over five years in the 75 countries around the world where Starbucks does business.

The coffee empire’s CEO also explained that employees will be able receive health insurance through Starbucks if the Affordable Care Act is repealed and expressed his commitment to prioritize, “those individuals who have served with U.S. troops as interpreters and support personnel.”

Is an America-First Doctrine Actually Biblical?