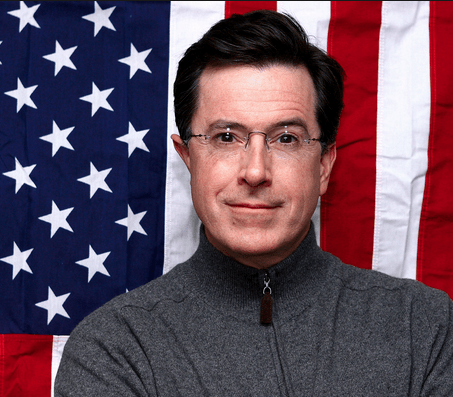 In the lead up to Stephen Colbert’s premiere as the host of CBS’ The Late Show, GQ magazine has done a long profile on the comedian and former Colbert Report host. The entire interview—in which he talks about comedy, his career and the new show—is worth the read, but toward the end, Colbert gets deep. He’s asked about how the deaths of his father and two of this brothers in a plane crash when he was just 10 years old affected his life, and Colbert opened up about his Catholic faith and how a belief in God shaped his understanding of suffering.

I’m very grateful to be alive, even though I know a lot of dead people … And so that act, that impulse to be grateful, wants an object. That object I call God. Now, that could be many things. I was raised in a Catholic tradition. I’ll start there. That’s my context for my existence, is that I am here to know God, love God, serve God, that we might be happy with each other in this world and with Him in the next—the catechism. That makes a lot of sense to me. I got that from my mom. And my dad. And my siblings.

He went on to give the concept more context, explaining how Lord of the Rings writer JRR Tolkien once responded to a priest who asked the author why he treated death the way he did in his books. Colbert said, “Tolkien says, in a letter back: ‘What punishments of God are not gifts?’ … So it would be ungrateful not to take everything with gratitude. It doesn’t mean you want it. I can hold both of those ideas in my head.”

OK, What Accent Is Harry Styles Going For in the First ‘Don’t Worry, Darling’ Clip?

Colbert’s never been shy about sharing—and defending his faith—but the conversation is a moving look at how theology helped him through the most difficult time in his life. It’s also helped him as a comedian. The story says that Colbert used to have a sticky note on his computer that said, “Joy is the most infallible sign of the existence of God.”

The Important Question You Should Ask Before Getting Married