You log into Facebook and it has happened once again: Some broad political sentiment sparks a flame-war and everyone seems to want to weigh in with a jab, meme, ad hominem attack or (arguably worst of all) a wall of text that begs for you to “see more.” And of course you’re in the unenviable position of having to sort out all this nonsense by offering a well-reasoned retort that causes all parties to stop and think for a moment, thereby defusing a potential social media meltdown.

Jokes aside, Facebook seems to be the preferred place—beside the shark-infested waters of a news story’s comments section—to duke it out politically. Sad as it is, Christians often seem to be among the rudest participants, particularly when their religious beliefs are often inextricably tied to their political persuasion.

Your default mode should be one of deference, not one of defense. In Paul’s epistle to the Colossians he implores the Church to let their speech “always be gracious,” drawing an analogy to seasoning a conversation with salt. Your input shouldn’t leave a bitter taste in anyone’s mouth, even if they disagree with you. Learn to state an opinion in such a way that it won’t chafe but instead invite fruitful discussion.

Understand that everyone’s entitled to an opinion

This isn’t to say all opinions are equal (naturally you would trust your physician’s opinion about your sore throat over your barber’s); simply that having one, even an uninformed one, is all right. Furthermore, always bear in mind that your opinion isn’t the only valid one, so seek truth and wisdom if it can be found in the words of someone you might not agree with.

Use the Socratic method

It’s useful in debate, but it also arouses critical thinking, which is sometimes in short supply on a Facebook discussion. Ask twice as many questions as answers, and take heed of James’ advice to “be quick to listen, slow to speak and slow to become angry.” You’ll be surprised at how frank questioning can result in more meaningful political discourse.

Don’t argue with the intent to “win”

Discuss with the intent to understand. Although the impulse in a political discussion is to correct someone, you’re unlikely to do so effectively if you can’t see where he or she is coming from. Before even attempting to offer an opinion or counter-argument, try understanding their position and why they hold it. You may find some common ground, providing a starting point for your conversation.

Speak the truth in love, as Paul urged the church in Ephesus

People with deep-seated and diametrically opposed views aren’t the only reason Facebook debates erupt. Sometimes your xenophobic uncle is, in a word, mind-numbingly inappropriate and entirely bereft of reason. When you decide to engage someone who’s firmly on the wrong side of the facts, be as loving as possible: “I totally understand why that frustrates you! But I think that you may be just a bit off-base with your assumption.” Then you can offer a counterpoint, again, with all the cloying sweetness of a baby doe.

Keep the snark to a minimum

Unless this is a conversation between friends who are used to sparring with one another sarcastically, you’re not likely to come off as very funny (or indeed, very helpful) by dispensing wisecracks. Save those for your night out with the guys or gals, where your dry cynicism and wry wit will be appreciated.

Remember, Facebook is super-public, and any number of people could use your words against you. Beyond that, and far more importantly, is that you are meant to represent Christ always. Yes, even on Facebook. Humility in a heated discussion speaks volumes. (Also, this is a good time for a reminder that if you wouldn’t want your Meemaw to see your profile photo, it probably doesn’t represent your best side and maybe you should consider changing it.)

There’s absolutely no worth in defending yourself when you’re wrong, and you have everything to gain by offering the olive branch of “you know, I never thought of it that way! Thanks for enlightening me!”

Sometimes it’s just not worth jumping in

There are discussions to be avoided like the plague, and it’s almost never a good idea to step in with the idea of sorting them out. If you’re not likely to contribute something the brawler will find worthwhile, leave them to their own devices. You’ll be better for it.

Know when to bow out, and do so with every ounce of kindness you can muster

There will be times when you can’t find common ground, your sincerest questions are met with derision and you get drowned out by a half-dozen other voices that disagree with you. The tendency to try and defend yourself against all of them will only leave you frustrated and them angry. Tell them it’s clear you’re not going to change any minds, thanks for listening to you and you value their opinions on the matter. Then make your exit.

The golden rule that ties all of these together is stated in the form of a question: Should I really say anything? In many instances the answer may be “no.” If you can’t contribute something honest, kind or necessary, there’s really no point in offering your two bits. Just remember the sage advice of that precious bunny Thumper from Bambi: “If you can’t say somethin’ nice, don’t say nothin’ at all.” 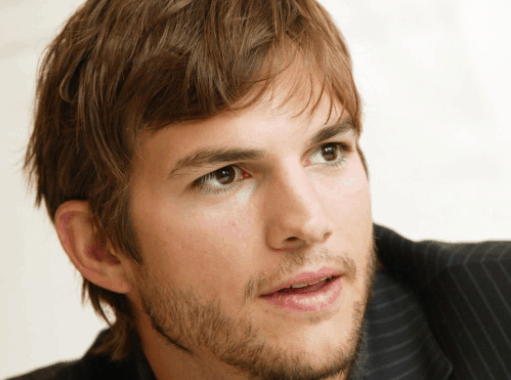