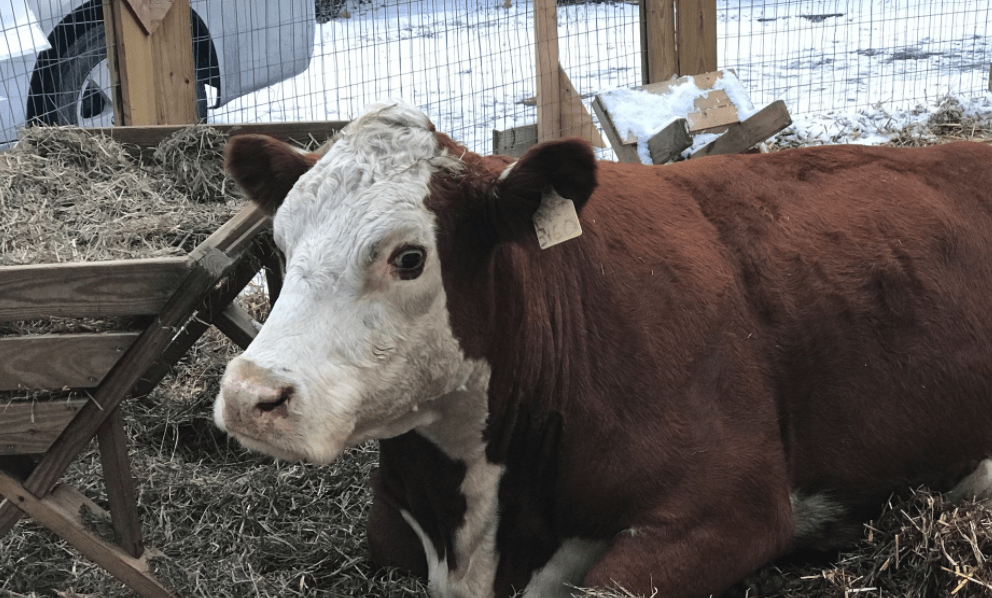 At 6:30 this morning, Stormy the Cow grew sick and tired of playing a part in a visual representation of the birth of Jesus and bolted from the nativity scene. She darted from the display and took off through the streets of Philadelphia’s Old City neighborhood, fleeing Old First Reformed United Church of Christ.

Stormy, 7, was corralled in a nearby parking structure before being returned to her handlers. Philly police and other authorities on the scene lured her with hay.

TFW you just want to explore the City of Udderly Love but they say you’re too big and don’t know the traffic laws #stormythecow@NBCPhiladelphiapic.twitter.com/5MOofN9fCT

The crazy thing is, this was the second time Stormy had escaped. She had fled in the earlier hours of the morning after it was suspected her enclosure was tampered with. Stormy’s very used to being around people. She’s a show cow from a Manatawa farm, and she often works with kids in the local 4-H club. She’s a mom, too, having birthed a number of calves over the year.

If you’re in the area of 4th and Market, beware of traffic delays. A cow is loose. Again. No, we can’t believe we’re tweeting this either. pic.twitter.com/3FW6iHzQws

Unfortunately, upon her second escape, Stormy was not given a third chance. She was replaced in the nativity scene by Ginger, a “smaller, more manageable cow.” Sorry, Stormy. We stand with you this Christmas, and we appreciate you wanting to share the reason for the season with your Philly brethren.

Disney Is Buying Fox and Everyone’s All Professor Business

Does the US Embassy’s Move to Jerusalem Matter?