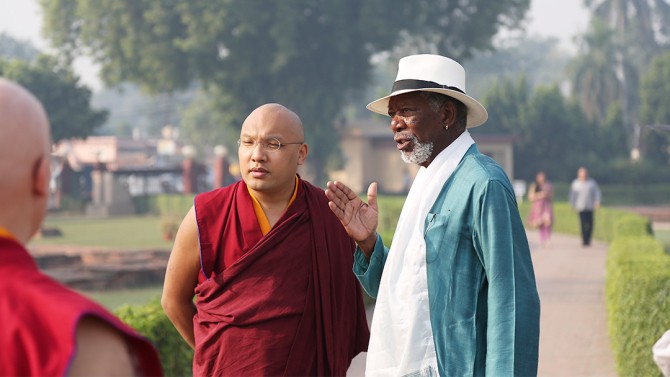 National Geographic’s popular show, The Story of God with Morgan Freeman, will have a season two early next year, according to Variety.

The six-episode miniseries features Freeman traveling around the world to answer questions about the different faiths and how people worship. The first season was Emmy nominated and sought to explore topics like “Who is God?,” “Why Does Evil Exist?,” and “Beyond Death,” among other things.

Freeman, who is a Christian and executive produces the show along with hosting it, traveled to 20 cities in seven countries and looks forward to continuing the journey.

I had quite a journey last season, but not just in miles covered. I met incredible people who opened my eyes and my mind to new ideas and new ways of thinking about faith, the world and all of humanity. I barely scratched the surface of what we can learn, and I’m looking forward to continuing this search for the meaning of life and religion and everything in between.

The first season was National Geographic’s most watched show for every episode.

4 Ways Christians Can Be Better with Their Money