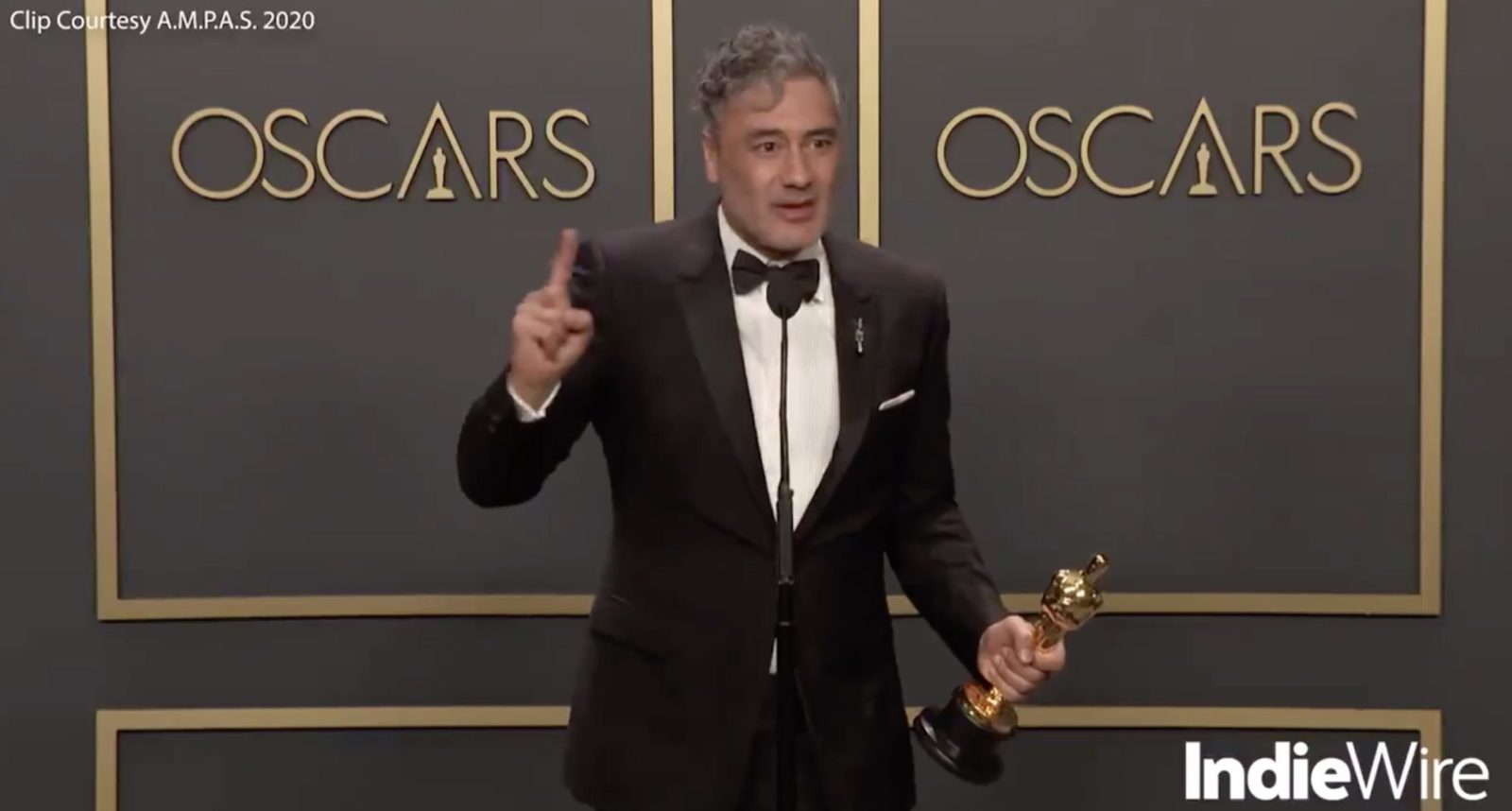 On Sunday night, Taika Waititi took home an Oscar for Best Adapted Screenplay and became the first Indigenous director awarded by the Academy — which is one of those stats that’s sort of simultaneously exciting and depressing. Waititi’s newfound clout within the Academy will most likely open new doors for the writer/filmmaker, who has gone from directly oddball low budget comedies to being one of the most sought-after names in Hollywood, who is reportedly even in talks to take on a Star Wars movie.

After his big win, press cornered Waititi and asked him if he had any causes he planned and taking up with the Writers’ Guild Association, and he was armed and ready with a cause that everyone — including, it should be noted, the person writing this very article — can get behind: Apple needs to fix their keyboards.

“They are impossible to write on,” Waititi said. “They’ve gotten worse. They make me want to go back to PCs. Because on a PC keyboard, the bounceback for your fingers is way better. It’s a way better keyboard and those Apple keyboards are horrendous.”

True to Waititi’s style, it wasn’t quite clear whether this was a joke, sincere or (most likely) something in the middle. He took an informal show of hands to see if anyone there was still writing on a PC. “You know what I’m talking about!” he said, pointing.

“We’ve just gotta fix those keyboards!” Waititi exclaimed. “The WGA needs to step in and actually do something!”

Dave Franco Will Stop, Collaborate and Star in a New Vanilla Ice Biopic

Next up for Waititi is Thor: Love and Thunder, which will reunite him with Chris Hemsworth, Tessa Thompson and Natalie Portman in the Asgardian corner of Marvel’s Cinematic Universe.