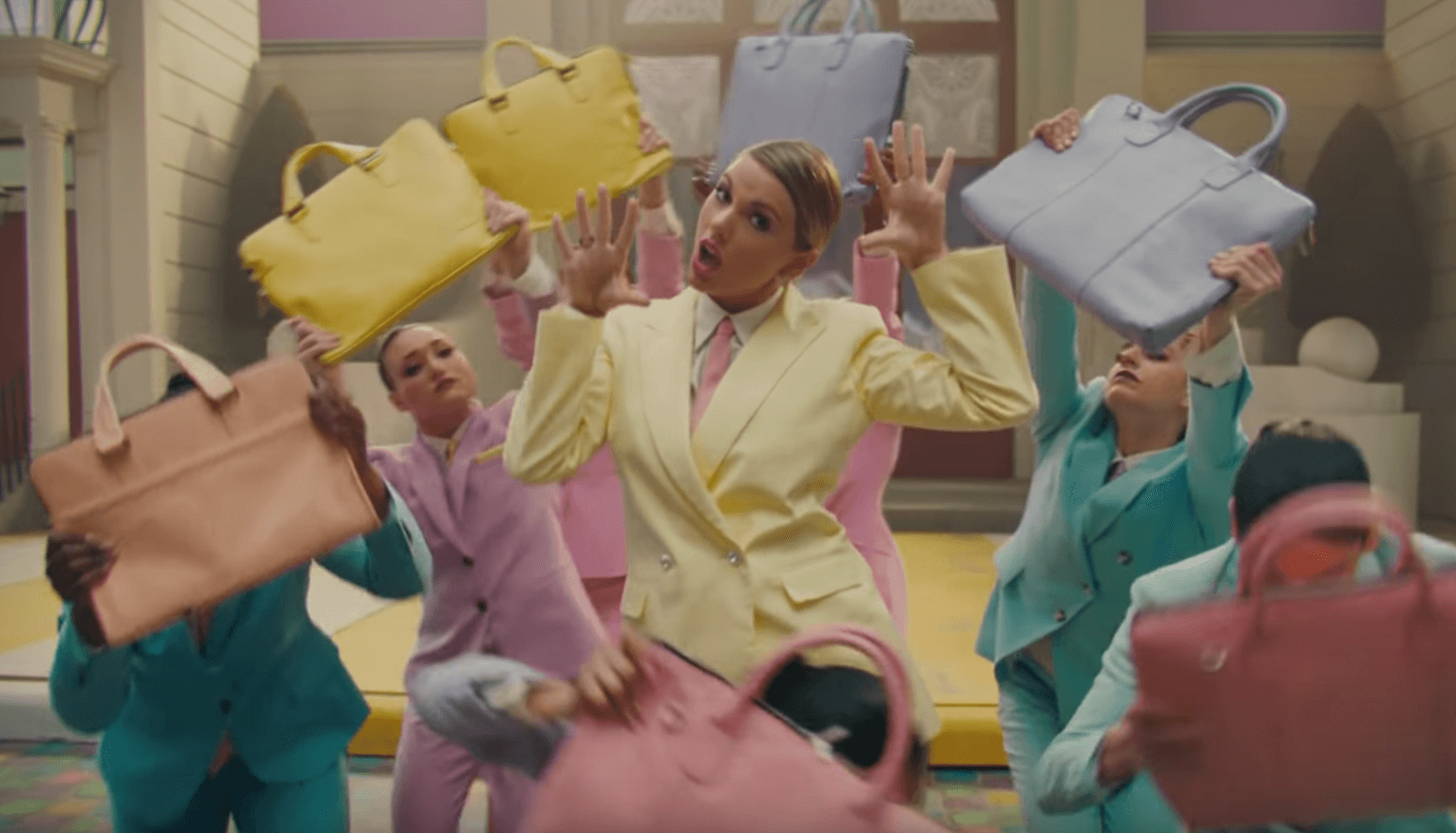 For those wondering if the next chapter of Taylor Swift’s career would see finally turn back to country, let your dreams fall from the sky now. The pop artist released her newest single “ME!” this morning, and it is very much a pop song in the vein of 1989 and Reputation.

Thank goodness “ME!” is at least more bearable than Reputation‘s lead single, “Look What You Made Me Do.” It has similar fluffy pop production as a lot of Swift’s last album, and the video is packed with Easter eggs and jokes, but it’s not so gosh-darned self-serious.

The vibe here is actually closer to “Blank Space” than anything, with “ME!”‘s self-centric lyrics seemingly riffing off Swift’s polarizing characterization in the media. It’s a smart PR move—aw, our T-Swift sure can laugh at herself, can’t she?—though it does make for a somewhat eye-rolling song. The presence of Panic! at the Disco’s Brendon Urie only confuses matters, and many of the lines land with damp thunks instead of delicate footfalls. Ariana Grande just does this stuff better. Her bite’s more fun.

For more tolerant fans of Swift though, “ME!” will be a rich return. There are some inner-circle memes-in-the-making to be mined here (“Spelling is fun!”), but for the general populace, we’ll have to keep waiting for the smarter, more earnest, more musically interesting to return, hopefully with that tear-stained acoustic guitar in hand.