The Book of Revelation is open to interpretation and has been the subject of rigorous debate by the faithful for thousands of years. Up to this point, to our knowledge, no theologian has theorized that Mountain Dew has a part to the play in the End Times. But then, who’s really to say with utmost certainty that St. John’s visions on the Island of Patmos didn’t include Mountain Dew in some fashion?

That would at least help explain Flamin’ Hot Mountain Dew flavor, which is exclusively available through the Mountain Dew store. 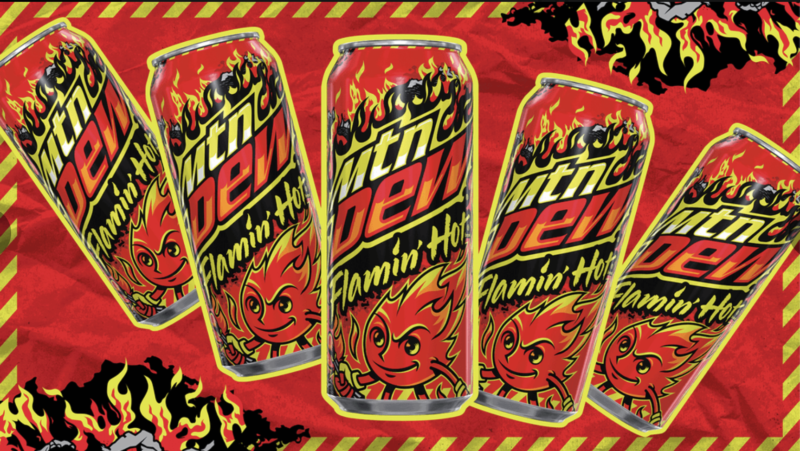 In Genesis, God confused the languages of humanity because people were building the Tower of Babel too tall. This begs the question, what judgment of God are we inviting on ourselves for making Mountain Dew so jam-packed with this many flavors? The website promises a combination “sweet, citrus DEW with a new spicy goodness,” but did anyone consult the Pepsi-Cola ethics board about such alchemy? Did anyone consult a priest?

The truly deranged fans can even get some merch, to more clearly identify yourselves to the heavens. Mountain Dew and Broken Promises will drop apparel “exclusively to subscribers on the Broken Promises’ app on Friday, September 3 at 11 pm EST.”

How Faith Connects to Food