Was this the best year for original Netflix movies ever?

The way we watch films isn’t changing. It’s already changed. Over the last three years, prominent streaming services have invested more and more resources into becoming their own Hollywood studios, and the result is a growing number of original films made primarily by Netflix and Amazon Prime Video.

These days, a Netflix account yields the value of not just licensed and syndicated content, but also films and series exclusive to that library. Netflix will certainly pay up to $100 million to continue offering Friends, but the hope is subscribers will never find the overall offerings stale. To ensure this, Netflix has apparently found a less expensive route more in their control: financing, producing and distributing their own content.

And what a year it’s been for these efforts. Netflix isn’t just rolling out more shows and movies than ever. They’re starting to set trends and reinvigorate genres other studios aren’t even thinking about. 2018 was the year of good romantic comedies—on Netflix. It was the year of legitimately impressive horror offerings—on Netflix. Animated series, prestigious awards contenders, and the list goes on.

In fact, there are now enough interesting options available to make a useful list of the best Netflix films of 2018, excluding certain arrangements like international films with exclusive distribution, some of which aren’t even available for subscribers in the U.S. (Annihilation, for example, were released digitally by Netflix in some countries, but distributed by Paramount Pictures in stateside theaters. Films like that have been left out of consideration).

HONORABLE MENTION: THE OTHER SIDE OF THE WIND

Technically made in the 1970s, The Other Side of the Wind was one of the last feature films directed by Orson Welles, but it was never released due to major production issues. Now, 33 years after Welles’s death, the film has been completed posthumously by some of the original crew and released on Netflix (which financed the project).

The film is a wonderful time capsule that tracks Welles’s own anxiety upon Hollywood’s dismissal of himself and the old guard during the new film movements of the 1970s. A fantastic complementary documentary They’ll Love Me When I’m Dead (also on Netflix) from Morgan Neville (Won’t You Be My Neighbor) explains more about the fascinating story behind the legendary filmmaker’s final creative effort.

10. MOWGLI: LEGEND OF THE JUNGLE

Now, this is a surprise. Directed by motion-capture savant Andy Serkis and featuring a powerhouse ensemble cast of both live-action and voice actors, Mowgli: Legend of the Jungle tackles the Jungle Book story many know and love in a different, more mature way. No, not just because it doesn’t have musical numbers. The story, plot and cinematography are a stark contrast to both Disney versions, and for the better in some cases.

Unlike previous adaptations, Mowgli has a sense of worldbuilding that puts more emphasis on character motivation and political ploys than mere Shere Khan survival. Characters once overlooked (mainly Kaa and the human characters) actually have a role here, and the story goes to some dark places that fit the vibe of “natural majesty” Serkis seems to be aiming for. Many will still prefer the lighthearted, family-oriented version of this story, but for anyone looking to see a blockbuster this holiday with some meat on its bones, Netflix has you covered.

Directed by Claire Scanlon and written by Katie Silberman, Set It Up covers familiar romantic comedy ground, but with the spark of charming performances from Zoey Deutch, Glen Powell, Lucy Liu and Taye Diggs. Upon release, critics and audiences alike found Set It Up irresistible, in that it reminded people why they like romantic comedies in the first place. Stripped down to their basics, these movies can be enjoyable and funny without studio-mandated, try-hard set pieces that scream too loudly for attention.

Set It Up is less a reinvention and more a refreshment of a feeling romantic comedies used to give us on at least a yearly basis. The premise is simple—a pair of overworked assistants play matchmaker for their bosses so they can get some time off—but the payoff is so cathartic and heartwarming you won’t mind being three steps ahead of these characters.

Though it premiered at Sundance, Joshua Marston’s under-watched Come Sunday was almost immediately dismissed and forgotten about by film critics despite a strong central performance by Chiwetel Ejiofor and a stellar ensemble cast including Martin Sheen, Condola Rashad, Jason Segel, Lakeith Stanfield, Tamar-kali and Danny Glover.

The film follows the true story of Oklahoma minister Carlton Pearson (Ejiofor), who was excommunicated by his widely-influential church for preaching skepticism on the literality of hell. At its best, Come Sunday provides meaningful commentary on the toxic environment one can experience with organized religion, including why toxicity appears and how a leader within the church can cope. The film’s true strength, however is that it poses these questions but doesn’t answer them for those watching.

Written and directed by Tamara Jenkins (The Savages), Private Life is a personal chronicle of an aging couple’s trials surrounding fertility, adoption and everything in between. Paul Giamatti and Kathryn Hahn play the central couple who find themselves facing roadblock after roadblock on their indomitable road to having children.

At times, Private Life can be a bit uncomfortable to watch, as it skews more drama than comedy despite what you might expect from some of these well-known comedic actors (including Molly Shannon). We’ve seen Giamatti in plenty of serious roles, but it’s refreshing to see Hahn in a lead performance that showcases her raw edge and wide emotional range. The film has a few rough spots, including a first act that takes too long to reach obvious plot points, but once it finds its groove, it sings. And it accomplishes a bittersweet finale that will likely stay with you, even if you’d rather forget what just happened.

6. TO ALL THE BOYS I’VE LOVED BEFORE

Based on a novel of the same name by Jenny Han and directed by Susan Johnson, To All The Boys I’ve Loved Before has a premise you’ve probably heard before: Lara Jean (played by Lana Condor) has been writing secret love letters to her childhood crushes since she was in elementary school, and when the letters are mysteriously sent out, she enlists the help of one such crush (played by Noah Centineo) to stage a fake relationship and avoid embarrassment.

Like Set It Up, viewers will have no problem predicting how everything plays out, but they also won’t care in the slightest. Recognizing these obvious tropes ends up being more endearing than annoying or tedious. The central performances of To All the Boys are pitch perfect to the type of movies this is—not too serious, but also not too surreal or absurd. Lana Condor in particular is impossible not to root for as a well-written introvert who actually has a reasonable explanation for not being one of the “popular kids,” despite her obvious good looks. And though it follows a familiar formula, the film has plenty of minor surprises that make up for its predictability, so what you’re left with is an endlessly re-watchable romantic comedy.

One of the film’s most fascinating messages is about the horrors of shedding your skin online, and how marketing your body for attention can become an addiction that leads to self-harm and even mutilation. Viewer discretion is obviously advised, and while this isn’t the type of film that should be recommended to all audiences or all ages, it certainly is one with plenty of ideas behind the screen.

Directed and written by Matt Palmer, Calibre is an atmospheric British thriller about two lifelong friends who travel to the Scottish Highlands for a hunting trip. But when everything goes wrong, they find themselves in an impossibly dangerous situation with the town’s locals.

This is not a film for anyone who loathes their own nerves. Suspenseful thrillers are a tricky art, and Palmer delivers the thrills and more from the two main actors (Jack Lowden and Martin McCann). It’s a high-intensity exercise over the mores of situational ethics, in that it forces the viewer to walk a cold, brutal mile in the shoes of these characters. “What would you do any differently?” the film essentially asks, implying that sometimes, there are no good options, no matter how smart or innocent you think you are.

One of the best documentaries of 2018 happens to be one of the best films from Netflix. Written, directed and co-produced by Sandi Tan, this feature follows her experience making an indie film in Singapore during the summer of 1992, only for her film teacher to disappear with all the footage they shot.

Anyone fascinated by the history of “lost films” will find Tan’s autobiographical and investigative account almost unbelievable, but in a good way. This is a brilliant statement on the existence of secret histories, as well as the unspoken importance of persevering art and properly crediting the artists.

2. THE BALLAD OF BUSTER SCRUGGS

The end result is a surprisingly coherent and often hopelessly endearing trek through the wild west, with the Coen brothers’ usual treatises on death, anti-heroes and slapstick criminality. Everyone has their favorite story from this bunch; some prefer the zany sharpshooter comedy of Buster Scruggs, others enjoy the depressing devastation of the gold rush, and what’s not to love about an old-fashioned romantic story that ends with a heroic shootout?

The film’s final short is probably its eeriest and maybe its most profound, as it follows a group of stagecoach passengers riding with a pair of grim reapers. The only way to know your own favorite is to give this anthology a look and judge for yourself.

Alfonso Cuarón’s Roma is the best-directed film of 2018, period. Its black-and-white presentation is dripping with unexpected twists and flourishes from a director who knows how to experiment with camera movement without alienating the audience. The rest of the film is intriguing, too. Set in the early 1970s, it follows the life of a crumbling upper-middle-class family in Mexico, but through the eyes of their housekeeper, Cleo (Yalitza Aparicio).

Aparicio is the film’s champion in her reserved, calculating performance as a woman who often finds herself enveloped inside a world outside her social class, but unable to find love and even meager affection anywhere else. It’s a complicated, challenging and grueling film that feels both indebted to old Hollywood and reminiscent of memory itself. Ironic given its home, but Roma is an experience worth seeing on a big screen, if possible. 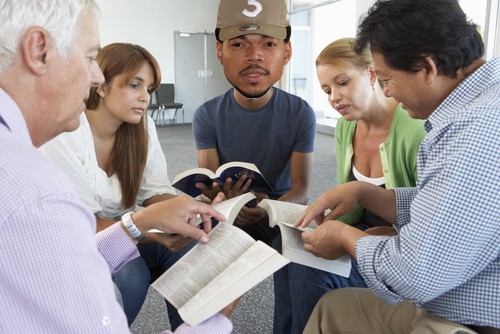 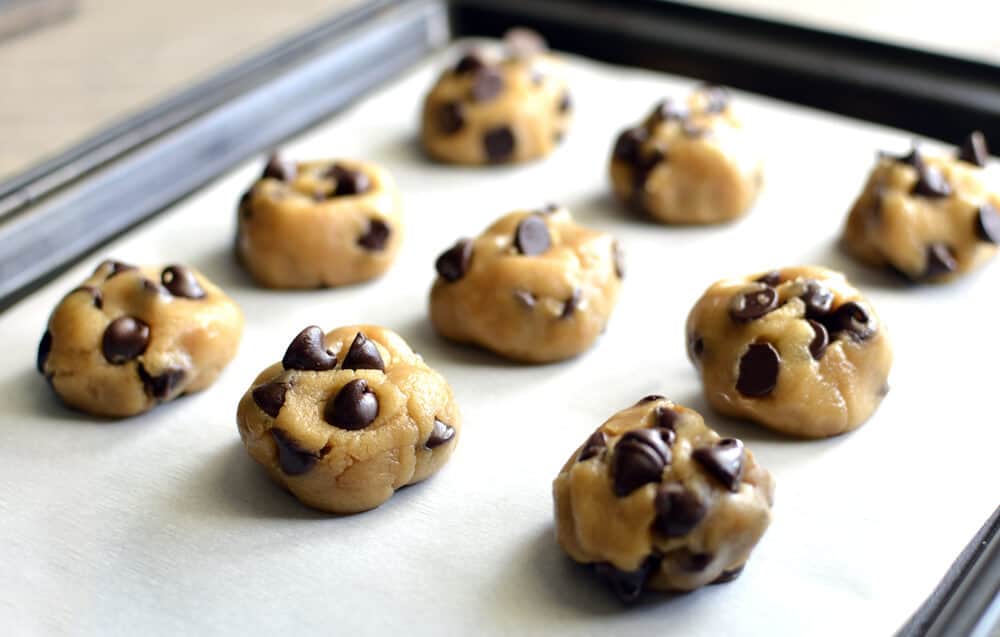