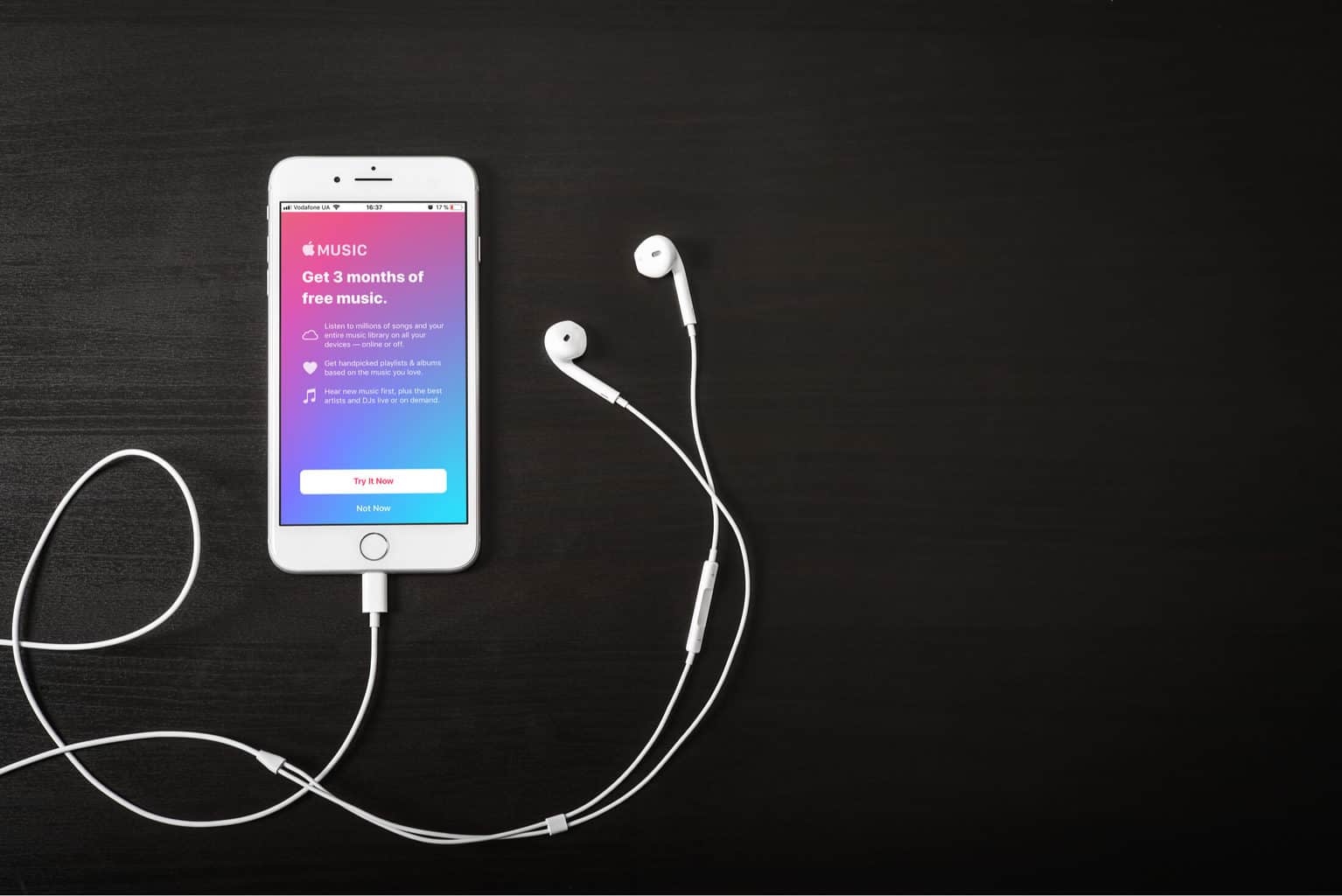 Last year, I started commuting from DC to Baltimore. It’s 40 miles each way, every day, so on a bad day, I’m in the car for 4 hours. I usually kick the car ride off by streaming a sermon (many thanks to the Village Church!), but that still leaves three hours of content to keep me sane on the drive. Enter podcasts. My listening has run the gamut from comedy to social justice to movies, too, and over the past year, I’ve learned a lot, laughed out loud and literally cried. Want to catch up on 2018’s best moments in digital radio? Here’s this year’s top five podcast episodes (in no particular order).

“Church Planting 3: The Paradox” – Start-Up
Back in 2015, Gimlet Media’s Start-Up took a hard look in the mirror as it covered diversity at Gimlet. There was great insight and well-done critical reflection at how race and gender played out across the company, but one of the show’s best moments came when Gimlet CEO Alex Bloomberg interviewed Chris Giliberti, his openly gay chief of staff. The two talked about how Gimlet’s brand trended leftward and how they didn’t have much political or religious diversity. “We don’t have any evangelicals on staff,” said Alex. “At least, I don’t think we do.” They laughed and acknowledged there could be a blind spot in their content coverage, but admitted it might not be in Gimlet’s best interest to pursue an evangelical or religious audience. At the end of the conversation, producer Eric Mennel was asked if there was anything they had missed. He asked for them to bring him into the recording booth.

One in the booth, Mennel was given a microphone: “I grew up going to the Evangelical Lutheran Church of America, and I’m still a practicing Christian. And I go to church every Sunday. I have a Life Group that meets in the middle of the week, and about half of us are Start-Up listeners.”

Gentle laughs, supportive comments from Alex and Chris. The conversation hit a powerful moment as the three discussed the phenomenon of coming out. “As the gay person in the room,” Chris said, “I think all of these things are really important… I don’t think there’s any difference in the magnitude of the conversation between religious diversity or LGBT diversity.”

That conversation led Gimlet to give Eric the funding and time to develop a religion-oriented miniseries in 2018, and the producer took Start-Up into the world of church planting. As a member of a church plant myself, hearing that was wild. Here was a secular, business-oriented podcast with John Piper in the intro! In the first segment of Start-Up: Church Planting, Eric went to an Acts 29 church in Philadelphia called Restoration Church. That church has a lot in common with the one I attend—a Southern Baptist church in Washington DC called, yes, Restoration Church.

The whole series was great, but “The Paradox” was vital. There had been something strange about hearing church planting described in business-like terms, an awkwardness and tension that’s not lost on the listener. “The Paradox” hits this head-on, and asks the questions listeners have been sitting with for the first two episodes. There’s a strong runner-up in “The Conversation,” where pastor AJ Smith talks about complementarianism, hell and homosexuality. He’s winsome, but also courageous enough to put himself out there in a way that won’t make anyone totally happy with where he lands.

“Dirty Water” – Ear Hustle
This is one of the “makes you cry” episodes. Ear Hustle is hands-down one of the best podcasts on the air. It’s produced entirely within San Quentin state prison as a collaboration between visual artist Nigel Poor and inmate Earlonne Woods (who recently had his sentence commuted, in part because of his work on the show). Ear Hustle tells the stories of incarcerated individuals and others in the criminal justice system, and over the course of two seasons, has covered everything from in-prison relationships to racial dynamics to what kinds of pets prisoners manage to wrangle.

“Dirty Water” covers restorative justice, where survivors and offenders meet face-to-face. It’s something I had some exposure to during trips overseas, but had never seen in an American context. In this episode, we meet Sara Kruzan, a survivor of sex trafficking who had been incarcerated for 19 years after she killed her trafficker. We also meet LA, a male survivor of sexual abuse who is serving a 229-year prison sentence for trafficking women and girls. Both their stories are harrowing, but where the episode hits its stride is when the two stories collide and we listen into a restorative justice session ourselves.

“Black Panther” – Black Men Can’t Jump in Hollywood
I love movies, but I can’t stand a lot of movie-review podcasts. There’s only so much pontificating I can handle before I start wondering why I’m not just listening to myself talk out loud. I can waste my own time talking about movies, but I can’t do what Black Men Can’t Jump in Hollywood does. I’m not that funny, for starters.

In BMCJ, comedian/actor trio Jonathan Braylock (a practicing Christian!), Jerah Milligan and James III come together to break down films with leading black actors, providing solid reviews and provocative discussion (but as Jerah will tell you, they’re not a political podcast). The conversations cut deep, and it’s hard to pick a best episode of the year. I went with their coverage on Black Panther because it reflects that cultural moment so well. They aren’t caught up in discussing how Hollywood has let them down (again). They don’t have to take a director to task for writing a token character or for failing to achieve the courage of their convictions. No. With “Black Panther,” they just got to enjoy Black Excellence, and it’s especially funny and touching after some of the movies they’ve had to endure. It’s also a great chance to relive one of the few genuinely exciting and positive cultural moments of 2018.

“Built to Burn/Fire and Rain” – 99% Invisible
99% Invisible brought me into the Radiotopia network (home to Ear Hustle, Criminal, West Wing Weekly, and The Allusionist), and host Roman Mars is the sonorous voice that stitched the network together. 99PI is about design, and it’s designed exceptionally well. It’s also impressive in the versatility of topics it covers. On any given week, you might learn about the history of the NBC chimes, the story behind the Green Book at the heart of this year’s latest Oscar bait or get a deep dive into the founding of Oklahoma City and why the town was plagued for years by non-stop sonic booms.

A few months ago, before the devastating Camp and Paradise fires in California, 99PI produced a two-episode segment covering the design choices that have exacerbated wildfires for years. 99PI has an underlying mission to help listeners notice the choices that go into constructing our built environments and the impacts those choices have on our day-to-day lives. This episode, more than any other this year, showed exactly why that mission is still necessary. Thoughtlessness and misguided priorities don’t just lead to a less aesthetically pleasing world; they can actually lead to loss of life.

“Sven” – Heavyweight
Heavyweight is an awkward show. There’s no two ways about it. Jonathan Goldstein has a delightfully Canadian sense of humor rooted in deadpan self-deprecation and a total fearlessness of making his listeners (and interviewees, for that matter) uncomfortable. It’s a love-it-or-hate-it show, for sure, but if you like David Sedaris, you’ll love Heavyweight.

This is a show about fixing the past, of standing knee deep in the muck and mire of our bad decisions and trying to find a way to make life going forward a little more bearable. With varying degrees of competence, Jonathan plays the part of investigator, counselor, mediator and comedian. “Sven” is one of the episodes where he does it all well.

In “Sven,” a former jury member helped send a young man to death row and ended up regretting his decision almost as soon as the trial finished. I can’t spoil the ways Sven’s story ripples out, but I can tell you the conversation Jonathan helps facilitate is one of the most powerful one-on-ones I’ve ever heard on a podcast. It’s the kind of magic that Heavyweight exists to capture, and it isn’t the first time they’ve recorded that lightning in a bottle.