Before live video, before Twitter, before blogging, there was the almighty pamphlet.

Much shorter than a book, it was essentially the tweet-sized statement popular from the founding of America until WWII. Books took a long time to write, and newspaper op-eds were normally thrown away after just a day. But pamphlets were passed along, reread and debated in pubs.

One of the most prevalent and prophetic of these essays was released in 1910 and titled, “The Religious Possibilities of the Motion Picture.” Congregational minister Herbert Jump argued against Protestants who fought back against the film industry. (The Catholic Church never seemed to have an issue with film).

According to Jump’s pamphlet, Jesus taught in dramatic stories, and films could proclaim the Gospel in the same way.

Jump’s voice largely fell on deaf ears, and generations of evangelicals declared movie to be “graven images” and tools of Satan. Entire denominations banned their members from visiting “movie houses.”

The tide started to shift in the 1970s with the emergence of a Christian film industry. Nearly 50 years later, it’s time to drive the last nail in the coffin. Christians can make good movies (Blue Like Jazz) or financially lucrative movies (God’s Not Dead 1 & 2), but apparently not both. With the exceptions like The Passion of the Christ, few faith based films have achieved mainstream box office success and critical acclaim.

There are good reasons for this.

With only six studios making the majority of major theatrical releases in the U.S., the decisions of what gets made rest in the hands of perhaps two dozen executives. And for all of the showboating in Hollywood about diversity and inclusion, the system is clearly biased against women.

Wonder Woman director Patty Jenkins didn’t get to lead another film for 14 years after her debut project Monster took home an Oscar in 2003. If studio execs won’t even give a woman who racked up awards a seat at the table, Christians in an industry that’s often openly combative to our faith don’t stand much of a chance.

Here’s the obvious solution: Stop. Films like War Room and Fireproof gross millions because the evangelical crowd shows up largely out of a sense of obligation to support our own. In turn, subculture genre films turn into preachy “stroking the wool of the sheep” camp fests rather than credible art. As Alyssa Wilkerson put it in Thrillist:

It’s practically catechistic among many faith-based devotees and movie producers that mainstream critics pan the films because they “don’t believe in Jesus.” The problems run deeper. Jesus is all right; the screenwriters, not so much.

Herbert Jump’s original pamphlet called Christians to Hollywood at a time when anyone could make a movie. Now, the film industry is a multi-billion dollar juggernaut controlled by a group small enough to fit on a Greyhound bus. It’s too expensive, too exclusive and just too difficult to put credible faith-based movies into theaters.

Rather than gripe, it’s time to put our collective entertainment dollars in more strategic places.

RISE OF THE SMALL SCREEN

As much as I hate to say this as a film critic, theatrical releases just don’t wield as much cultural power as they used to. Since 2000, the top movie each year has been a sequel, or based on a book or comic book with one exception: Avatar in 2009. The days when an original story like The Matrix or Rain Man could capture the imaginations and water-cooler talk of an entire nation seem to be waning, if not gone.

The irony is that as movies have become more like big, expensive TV episodes released every year or two, TV has gotten better, smarter and more relevant. Now, Stranger Things, The Handmaid’s Tale and House of Cards shape what we talk about when we talk about entertainment.

Unlike movies, there’s still plenty of room at the table. Netflix, Amazon, Hulu, YouTube and dozens of smaller companies are throwing buckets of cash at anyone with a half-baked idea. Movies essentially have one weekend to live or die. Good streaming TV can continue to find audiences for decades. A coworker recently shared with me that the big trend at her daughter’s high school was the 20-year-old cult hit The X-Files.

In 1995, thought-leader Bob Briner called Christians to head to Hollywood as mission in his popular book Roaring Lambs. Briner, a forward thinking major player in the entertainment industry, a powerful producer and is the man who brought NBA basketball to China. Briner passed away from cancer in 1999.

PODCASTS ARE THE NEW CCM

Like Christian subculture films, many evangelicals feel the need support to the Christian music industry (including buying albums and donating to Christian radio) as “outreach.” For two decades, this was the case. Bold yet nuanced artists like Caedmon’s Call sold hundreds of thousands of albums, and attracted audiences as diverse as college students and their parents. Blockbuster tours from Michael W. Smith and Amy Grant packed the same NBA stadiums that arena rockers like U2 would fill on a different night.

Contemporary Christian music wasn’t just entertainment, it was mission. The crossover reach, from concert tickets to 50 million albums sold annually, was obvious. As of 2014, album sales in the genre had dropped by more than 60 percent. According to Kevin Max of the pioneering CCM group DC Talk, the desire to speak to non-believers in music has fallen off with CCM’s album sales.

“We were reaching out,” Max told The Week. “We were trying to communicate to the non-believer as much as we were communicating to the believer. Today, when I listen to Christian radio and see the festivals and see what’s happening in the church, I don’t see a whole lot of that interactivity. Where I’m at right now, it’s almost like the doors have shut on the experimenting with lyrics and images and ideas to get people interactive.”

In the void left by the retreat of the CCM industry, new culture creators are stepping into the mainstream: podcasters. Now that Christian bands don’t reach the masses, podcasts like The Liturgists, helmed by worship leader Michael Gungor and popular writer and speaker Science Mike reach hundreds of thousands to millions of people every week with challenging questions ranging from faith and ethics to science and movies.

For decades, CCM cashed in on convincing churchgoers to support outreach by hitting up their local Best Buy or Family Christian store and plopping down $15 to support Christian music’s biggest artists.

Today, if you really want to support a culture maker reaching outside the walls of the church with the Gospel, skip the new Casting Crowns album and throw your favorite faith-based podcaster a couple of bucks each month on Patreon.

Herbert Jump was really onto something back in 1910. Christians should be creating and investing in media that spreads a Christian message. Now, it’s time to be smart about where those efforts and dollars go, rather than trying to prop up dying sub-genres. 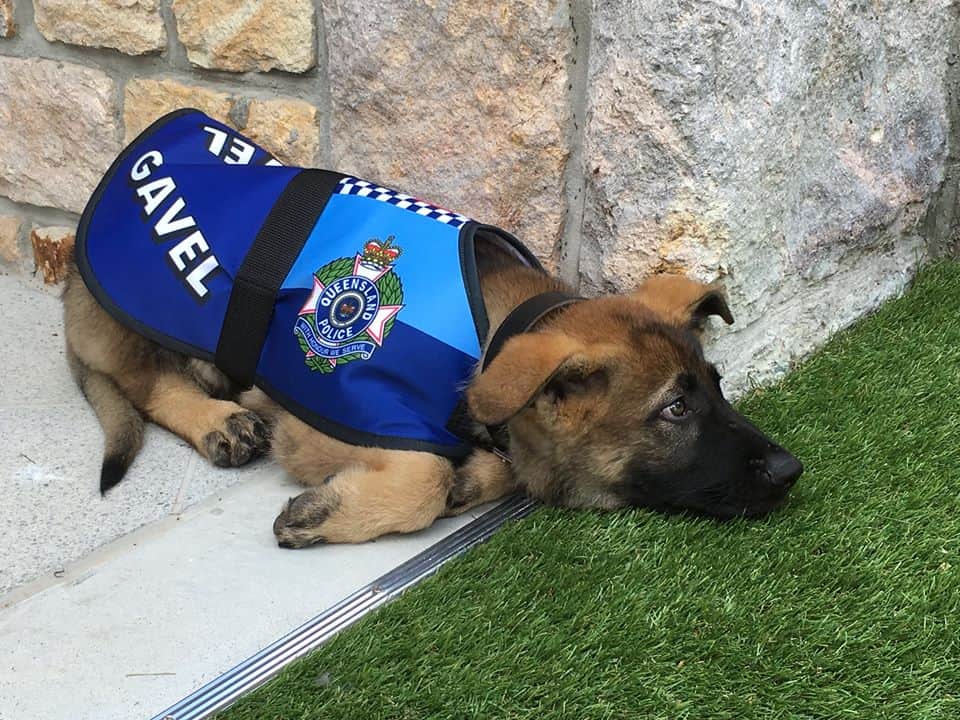 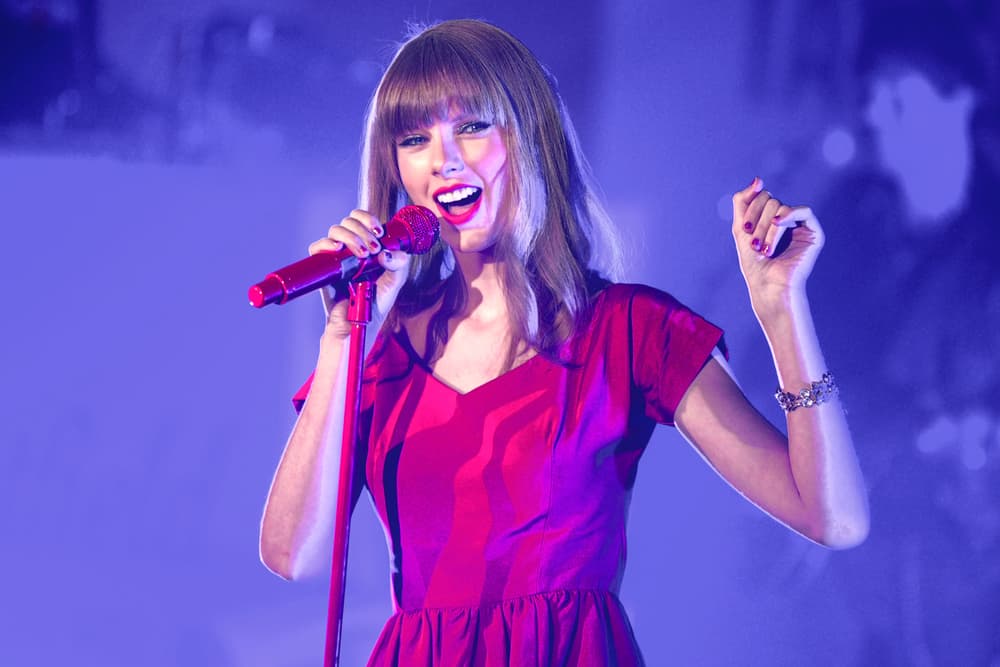 Taylor Swift Has Caved In and Put Her Music on Spotify, Finally