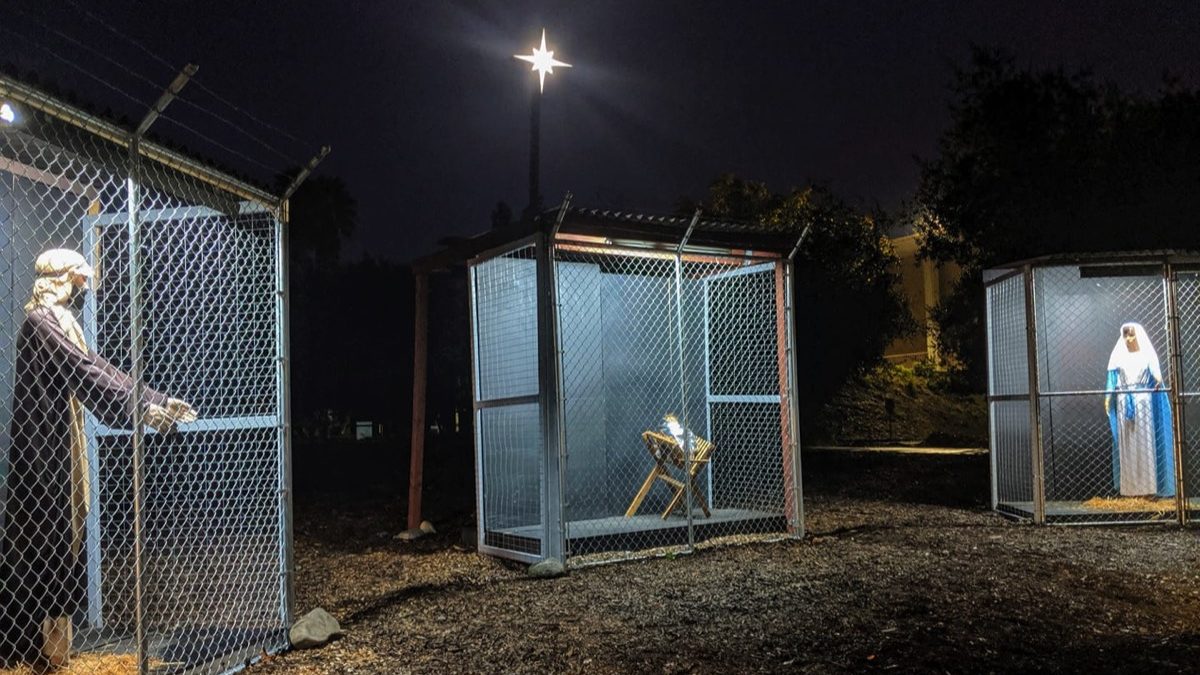 A church in Southern California is attracting attention for their provocative, ripped-from-the-headlines Nativity scene. Jesus, Mary and Joseph, not huddled around a manger but split into separate detention centers.

The scene sits outside Claremont United Methodist Church, whose lead pastor Karen Clark Ristine has released a statement along with the image, explaining the church’s decision.

“In a time in our country when refugee families seek asylum at our borders and are unwillingly separated from one another, we consider the most well-known refugee family in the world, Jesus, Mary and Joseph, the Holy Family,” Ristine writes.

“Shortly after the birth of Jesus, Joseph and Mary were forced to flee with their young son from Nazareth to Egypt to escape King Herod, a tyrant. They feared persecution and death.”

As RELEVANT has discussed in the past, some critics have taken issue with identifying Mary and Joseph’s flight from Egypt as analogous to the modern refugee plight. But the case is strong and, in any case, Jesus himself identified with the stranger and the marginalized in Matthew 25:35 when he said “I was hungry and you gave me food, I was thirsty and you gave me something to drink, I was a stranger and you welcomed me.”

Ristine continues: “Imagine Joseph and Mary separated at the border and Jesus, no older than two, taken from his mother and placed behind the fences of a Border Patrol detention center as more than 5,500 children have been the past three years.”

Inside the church is another Nativity scene, which features the family reunited with the angels.

What My Anxiety Taught Me About God

Kari Jobe: “I’m So Thankful to …See What God’s Doing in Our White House.”