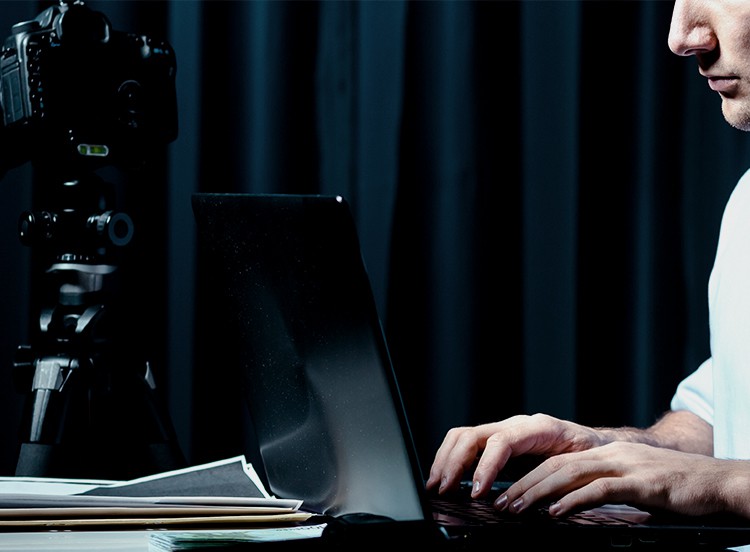 With the Donald Trump presidency, it was inevitable that we’d have a resurgence of conspiracy theories breaking into mainstream political conversations. The president himself has been a longtime supporter of conspiracy theories often espoused by Alex Jones on InfoWars, a far-right website that deliberately spreads propaganda and disinformation masked as real news, or as the president would actually call it, fake news.

As Christians, we are called to do two things that on the surface may appear contradictory. We must live by faith on the one hand, but also be skeptical and think critically on the other. Put into better context, the Bible speaks frequently about dealing with skepticism from others about the Gospel. 2 Peter 3:3, for example, points out that “mockers will come with their mocking” and asks, “Where is the promise of His coming?”

In these situations, we’re called to have faith in the Son of God and reject doubt, but too often, we believe this translates to putting more weight into enticing ideas that don’t have real evidence, citing verses that can be twisted to suit a fact-less narrative. For example, the story of Thomas, who doubted Jesus, can be interpreted by some as a call to reject skepticism altogether.

This has been an increasingly important issue for Christians due to a recent primetime interview on NBC News between Megyn Kelly and Alex Jones, which had to be re-edited after widespread scrutiny from the public. Many people of differing political identities decried the interview before seeing it because it purportedly gave a platform—and therefore, sense of credibility—to the radio show host, who has claimed and stands by unfounded theories that the Sandy Hook shooting was a hoax staged by the U.S. government and that Barack Obama wasn’t born in the U.S., among many other alarming conspiracies claimed without real evidence.

Kelly even points out in the segment that these conspiracies are “dangerous” and based on “reckless accusations” instead of fact-based research. Despite this, millions tune into Jones’ show and believe much of what they hear, anyway. The argument from critics is that giving Jones airtime can give his conspiracies a chance to enter the minds of viewers and get confused with real information over time.

For Christians, there’s a danger in how these conspiracy theories tap into an existing confirmation bias that all humans essentially have. The tenets of Christianity are based in a mutual understanding that we are not of this world, so trusting the opinions and advice of the “mainstream” can be considered riskier than putting faith into the ramblings of an outsider.

The bigger problem is that when these conspiracy theories are repeated in our heads without proper scrutiny and discernment, we can more easily internalize their most dangerous facets and start believing complete and utter lies because we’ve failed to properly question the source. This flies in the face of 2 Peter 1:5, which says to “supplement your faith with virtue, and virtue with knowledge.”

For this reason, it can be more damaging than helpful to lend exposure to conspiracy theorists like Alex Jones, even if there’s an ardent effort made to diminish his ideas. On the other hand, NBC News is in a strange place because InfoWars has been supported and validated by the sitting president, who has even been on the show himself as a presidential candidate.

But critics still argue that the president’s opinions of fake news sites like InfoWars are irrelevant to the real-world consequences of baseless conspiracy theories. The Sandy Hook conspiracy, for example, has resulted in distressing problems where victims of the shooting have been harassed by Alex Jones fans who truly believe that these people were paid off to keep quiet about a fake shooting, all while they’re trying to mourn the loss of their children.

In some cases, these conspiracies have even led to violence. Last year, Jones boosted a false conspiracy theory that Hillary Clinton and her former campaign chair, John Podesta, ran a child prostitution ring in the basement of a Washington D.C. pizzeria, even though it doesn’t have a basement. Not long after, a gunman entered the pizzeria with an assault rifle and fired multiple shots. The video that inspired the shooting claimed that Hillary Clinton “personally murdered children” and had over 400,000 views before its removal in November.

How does it get to this point? It really is about confirmation bias. Jones’ Sandy Hook conspiracy borrows emotional weight from the gun control debate, as he claims that the massacre was orchestrated to strong-arm the public into accepting stricter firearm regulations. By tapping into a political issue that is more accessible, Jones can persuade and entrench his followers.

Many people believe in conspiracy theories because simply put, they satisfy one’s existing beliefs with new and convenient information, despite having zero evidence. But because our existing beliefs are acceptable enough for us to cling to in the first place, anything confirming that bias is immediately believed without the need for fact-checking. Conspiracy theorists know this and have built entire businesses out of abusing this fact at the expense of Christians in particular, with sites like InfoWars using fear mongering to incite divisive hatred between Christians and other groups.

Of course, there’s no doubt that this also happens with all political sensibilities. But when it comes to accepting information that is provably untrue and ultimately damaging to others, we as Christians are without excuse.