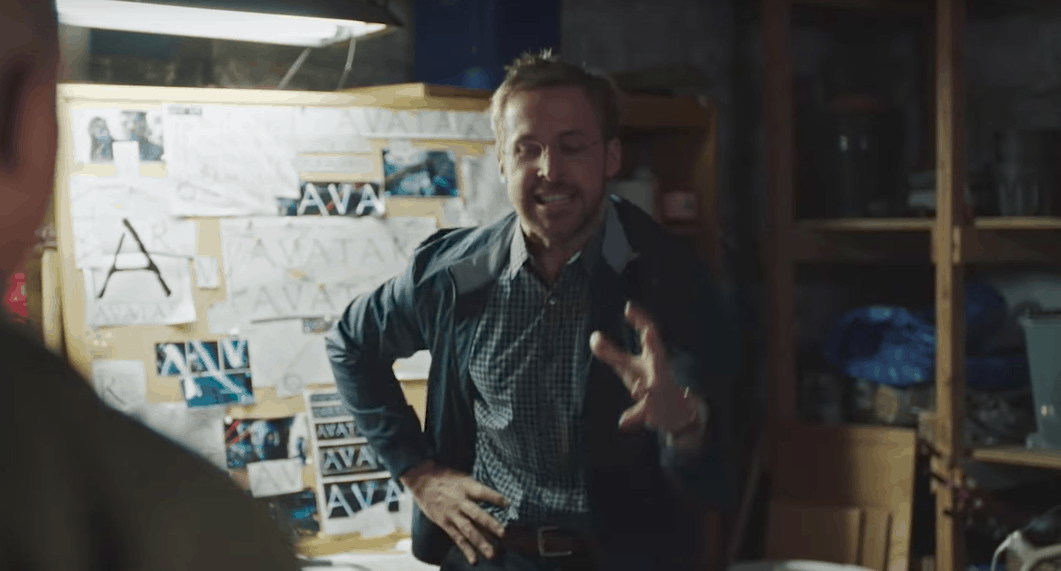 The Bible is God’s holy Word and has, of course, been the inspiration for a lot of good, true and beautiful things in the world. But it also inspired Ridley Scott’s Gods and Kings, flannelgraphs and, uh, whatever

this is, so nobody can say people haven’t mishandled Scripture in the past. It also, apparently, inspired the infamous Papyrus font, scourge of graphic designers across the globe.

That’s according to Chris Costello, the designer who created Papyrus back when he was just 23 years old. CBS reached out to him after Ryan Gosling’s instant classic SNL sketch about a man driven to the brink of sanity by Avatar‘s use of the font for its logo, and Costello spilled the beans on his creation.

“I was right out of college,” he explained. “I was kind of just struggling with some different life issues, I was studying the Bible, looking for God and this font came to mind, this idea of, thinking about the biblical times and Egypt and the Middle East. I just started scribbling this alphabet while I was at work and it kind of looked pretty cool.”

Fortunately, Costello is a good sport about Gosling’s sketch, saying he and his wife loved it. “Me and my wife were like cracking up, I mean we couldn’t stop laughing,” he said. “It was one of the best things I’ve seen.”

He stands by the font though, saying he still thinks it’s “well-designed” and “well thought out” but he doesn’t defend its ubiquity in modern society. “I began to see it turn up everywhere: mortgage ads, construction logos. It was kind of out of control. It was not my intent to be used for everything—it’s way overused.”

Can the Anthem Become an Idol?