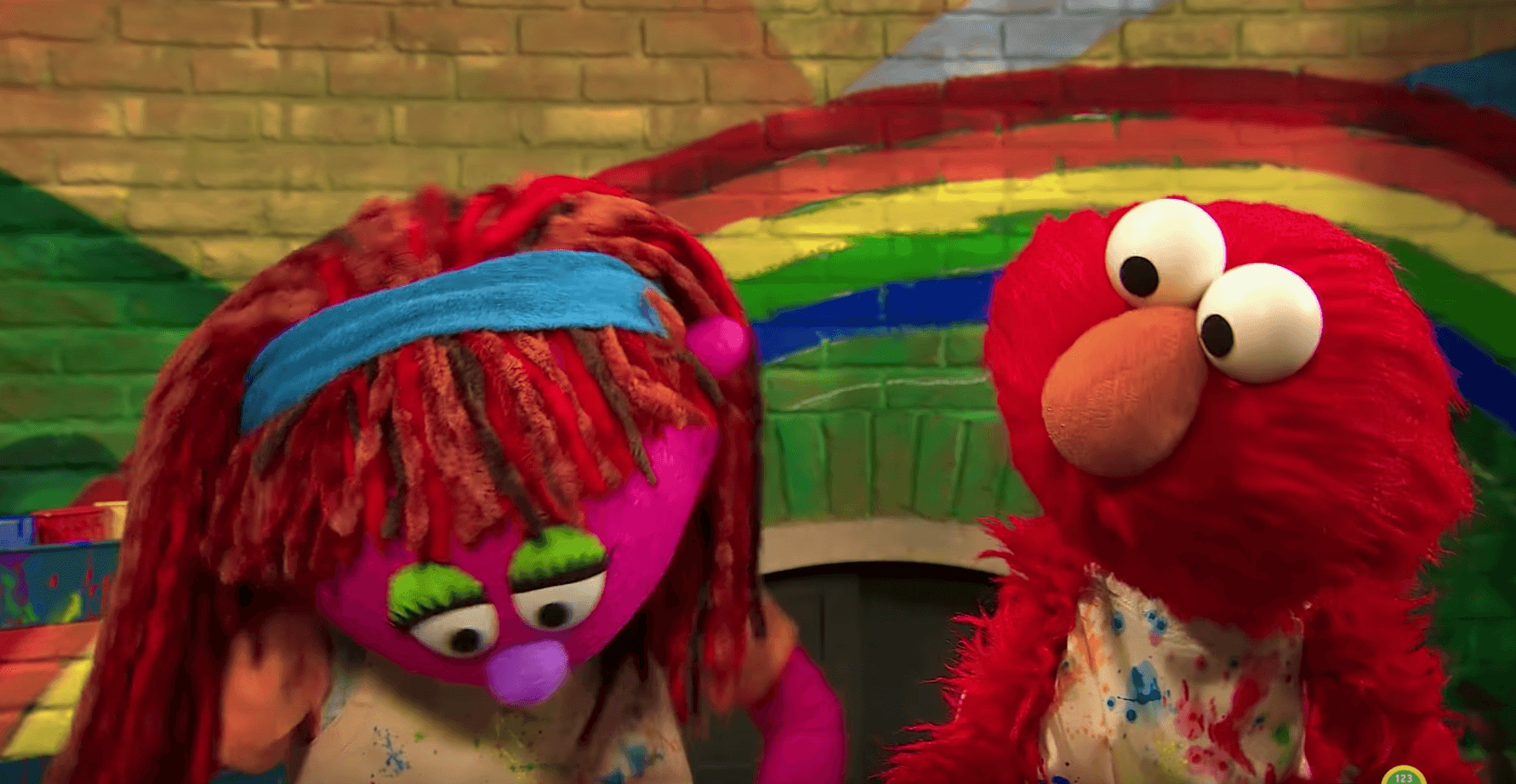 “I’m not sure I want to paint anymore…it doesn’t feel like a rainbow kind of day.”

Ugh, right in the chest. Lily has been a character on Sesame Street since 2011, and she’s long been a catalyst for the kids’ show to talk about social issues like food insecurity. On a recent episode of the show, she confessed to Elmo and her friends she was homeless. She didn’t feel like painting the rainbow because the rainbow reminded her of the colors of her childhood bedroom, which she and her family had to move away from.

When Lily confesses to Elmo and Sophia she feels sad about her living situation, Sophia comes to the rescue. She assures Lily that home is marked by love, not a house, and that since Lily loves purple so much she can use her purple bath towel and eat from her favorite purple cereal bowl. Elmo looks on and nods and smiles and he gives Lily a perfect little Elmo hug.

It was enough to make you choke up, but it’s also a reminder of this show’s perpetual willingness to mix real, tough-to-discuss issues in with the alphabet and beginner’s math lessons. All the way back in 1983, the show made waves for its gentle discussion of the death of one of its founding cast members, Bill Lee, who had played the beloved Mr. Hooper until his death the year prior.

The homelessness storyline will air online with bilingual supplementary material. Sherrie Westin, president of global impact and philanthropy at Sesame Workshop, says the show will continue to use Lily to tell topical, important stories. Poor kid.

Why Is This Video the Most-Disliked Thing In the History of YouTube?