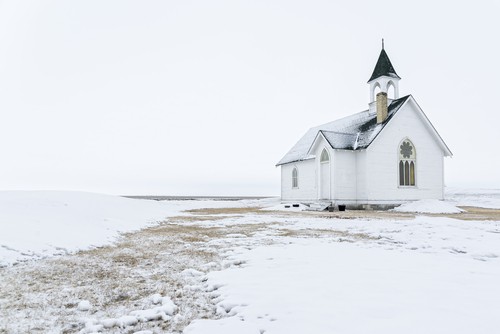 The Houston Chronicle’s original three-part investigation into sex abuse coverups at churches affiliated with the Southern Baptist Convention has now ballooned into a six-part series, as new tips and documents have led to an increasing number of damning information.

On Tuesday, The Chronicle published part five of their investigation, which found another 20 churches that allowed a person who had either been convicted or credibly accused of a sex crime to continue to serve at their church.

According to the report, many of the churches that allowed these people to serve did so out of a sense of grace and forgiveness which got mixed with some potentially disastrous hiring policies, to say nothing of minimizing the experiences of past victims. “Once they’ve committed a crime of that nature, they should not work in any capacity around children,” said Rodney Pires, owner of Church Security 360 Degrees, an Atlanta firm that helps churches strengthen their hiring and security practices, told The Chronicle.

This new report tells the story of  Jason Leon Austin, who’d been convicted of indecency with a child and accused of molesting another child. He was taken into a church as a volunteer worker in the early ’90s. That church was First Baptist Church in Rockwall, Texas, pastored by Steve Swofford, a former president of the Southern Baptist Convention of Texas who helped select the new president of the Southern Baptist Convention’s executive committee. A lawsuit brought by one of Austin’s alleged victims says Swofford knew about Austin’s conviction but didn’t do anything about it. He refused to comment on the story to The Chronicle.

In response to this and other stories uncovered by the Chronicle, SBC President J.D. Greear said that “there can simply be no ambiguity about the church’s responsibility to protect the abused and be a safe place for the vulnerable … Abuse can never be tolerated, minimized, hidden, or ‘handled internally.’ Those in leadership who turn a blind eye toward abuse are complicit with it and must be held accountable.”

The SBC has had issues holding individual churches accountable since it strives to preserve the self-governing autonomy of the churches in its affiliation. While there has been an attempt at reforms that would increase the SBC’s oversight powers over affiliated churches in matters pertaining to sex abuse, those reforms have met with significant pushback.