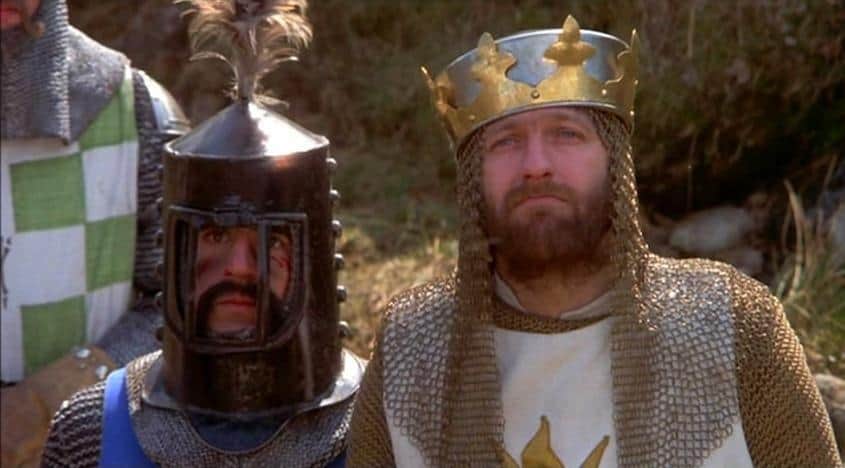 It’s been over 40 years since Monty Python and the Holy Grail came out, but this week, the private archives of British comedian Michael Palin have released uncovered features, sketches, characters and an unused ending for the classic movie. (h/t Hollywood Reporter)

The content is going public later this month, but we already have details on some of the lost Holy Grail content. For example, the famous Black Knight was once accompanied by a Pink Knight, whose challenge to King Arthur was to kiss him on the lips in order to pass. Of course, the bit was cut, and Palin says the sketch probably wouldn’t be written today.

Another unused sketch involves a Wild West saloon (weird, right?) that’s been turned into a bookshop. A parched outlaw enters the saloon looking for a drink, only to find himself facing walls of fine European literature. We have no idea how this fits into the Holy Grail idea, but hey, it’s Monty Python.