Summer is right around the corner, and one of the best parts of summer are the exciting new movies. There’s a ton of great new movies coming out this summer that include Marvel heroes, Marcel the Shell and more. Get ready to eat all the buttery movie theater popcorn while you settle in to watch these upcoming flicks.

Haley Lu Richardson (Columbus) leads a thrilling new Western story about estranged siblings coming together to work through their trauma and grief. While processes their father’s passing and a difficult family legacy, the siblings also weave their way through childhood trauma in the home they once loved in Montana.

It’s been 30 years since we were first introduced to Pete “Maverick” Mitchell. Now he’s back, ready to take on his most difficult task yet: training new Top Gun graduates. Even though taking on challenges is a typical day for Maverick, he’ll have to face some unexpected ghosts from his past while he’s up in the air.

Hold on to your butts. The third installment of the rebooted Jurassic series is culminating in a beautifully epic film that will reunite old and new cast members: Christ Pratt, Bryce Dallas Howard, Laura Dern, Jeff Goldblum and more will reunite to face one (hopefully) final battle against history’s largest predators.

This summer is a big one for nostalgia. Pixar is giving a massive backstory to one of its most enduring characters, Buzz Lightyear — the character who starred in the movie who inspired the toy who starred in the other movie. It’s a fairly meta concept, as there’s been some confusion over whether this is the toy’s animated story or perhaps a real film from the Toy Story Cinematic Universe. Either way, we’ll be tuning into this animated film which follows the space cadet as he embarks on an intergalactic adventure with a group of ambitious recruits and his robot companion.

Baz Lurhman’s Elvis has Hollywood buzzing. Austin Butler will take on the role of the King of Rock and Roll with Tom Hanks portraying Presley’s manager Colonel Tom Parker. The film explores the complex dynamic between Presley and Parker, from Presley’s rise to fame to his unprecedented stardom. It’s surely going to have us all shook up!

Marcel the Shell With Shoes On – June 24

From the genius mind of Dean Fleischer-Camp and Jenny Slate comes the smallest, biggest star of the summer. Originally a web series, Fleisher-Camp and Slate created Marcel the Shell With No Shoes On for the big screen with the help of A24, so you know it’s going to be an entertaining film. Slate is the voice of Marcel, who is a small shell on the search for their long-lost family. Prepare to bring some tissues to the theater.

While Doctor Strange and Wanda are handling the madness of the multiverse, Thor and the Guardians of the Galaxy find themselves up against a god-killer, who is aptly named Gorr the God Butcher. With the help of some old friends, the Marvel heroes undergo a cosmic quest to achieve intergalactic peace (again). Taika Waititi returns to direct and ensure there’s plenty of comedic relief in the midst of some epic battles.

Some Good News: ‘Abbott Elementary’ Has Been Renewed For a Second Season

Where the Crawdads Sing – July 15

Adapted from Delia Owens’ 2018 novel, Daisy Edgar-Jones (Normal People) stars as the film’s protagonist, a “marsh girl” who grew up in a less than desirable area of South Carolina. As she grows up and tries to find her place in this world, she finds herself at the center of a troubling murder investigation.

Jordan Peele is back with the next thriller about… aliens? Maybe? Keke Palmer (Hustlers, Alice), Daniel Kaluuya (Get Out, Judas and the Black Messiah) and Steven Yeun (Minari, Okja) star together in this psychological thriller as California residents who bear witness to an uncanny and chilling discovery. The odds that we’ll be saying the film’s title out loud multiple times while watching it seem pretty high. 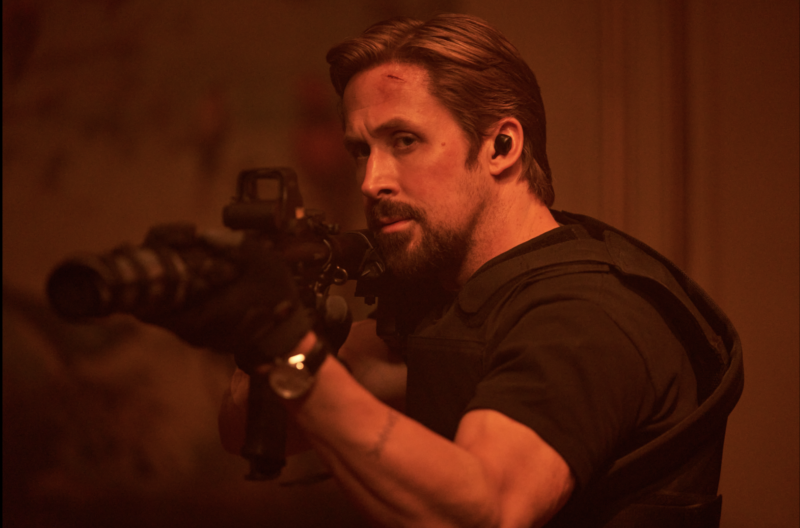 The Russo brothers (Avengers: End Game) direct Ryan Gosling, Chris Evans, Ana De Armas, Regé-Jean Page and more in a thrilling new action hit. When a CIA secret operative accidentally uncovers dark agency secrets, a psychopathic former colleague puts a bounty on his head, which sets off a global manhunt by international assassins. The directors, the cast, the plot — what more could we ask for?