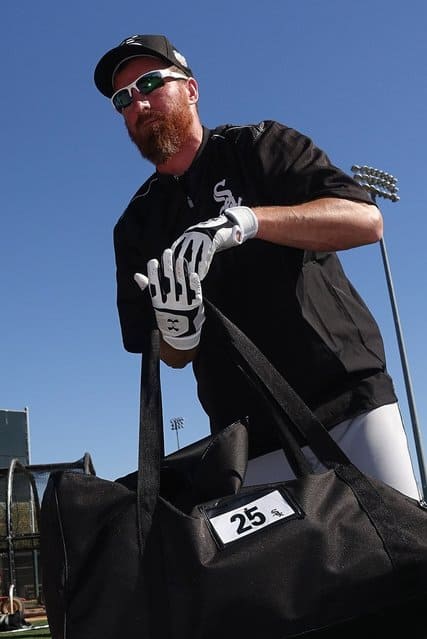 Last month, pro baseball player Adam LaRoche quit his job in a pretty public way. After the president of his team—the Chicago White Sox—told him to reduce the amount of time his son spent in the team’s clubhouse, LaRoche announced he would to retire—and leave some $13 million on the table. Today, a long-form profile of LaRoche by EPSN adds an interesting wrinkle into the highly publicized saga.

His seemingly knee-jerk retirement, and the reason for it, shined a spotlight on the relatively unknown LaRoche and started a national conversation. Some people said he was a model parent. Others seemed convinced LaRoche was just another entitled pro athlete who wanted not only to received tons and tons of money just for playing a game, but who also had to set his own workplace policies, too.

ESPN senior writer Tim Keown, in his profile of LaRoche describes it this way: “Adam LaRoche was now a conduit for opinions on education and money and privilege and kids in the workplace. Hashtags reigned. He was either an idiot or a saint.” Keown goes on to offer a reason for LaRoche’s retirement that’s much deeper than the spoiled athlete bit. Back in November, LaRoche took a trip to the red-light districts of Southeast Asia, where he worked with Exodus Road, a nonprofit that combats underage sex-slavery. There, LaRoche and fellow-pro Blaine Boyer “conducted surveillance in brothels and tried to determine the age of the girls—known only by numbers pinned to bikinis—and identify their bosses,” says the ESPN profile.

Something huge happened there for us. You can’t explain it. Can’t put your finger on it. If you make a wrong move, you’re getting tossed off a building. We were in deep, man, but that’s the way it needed to be done. Adam and I truly believe God brought us there and said, ‘This is what I have for you boys.’

LaRoche told ESPN: “I was sick. I was thinking about my kids and then thinking about the hundreds of thousands of parents who are searching for their 12-year-old daughters.” And then LaRoche reportedly asked Boyer, “What are we doing? We’re going back to play a game for the next eight months?” Of course, he didn’t retire immediately. But it’s apparent that his work in SE Asia further ingrained the priority of family in his life—a priority worth more than $13 million.

The (Real) ‘Star Wars’ Trilogy Is Playing in Theaters This Summer