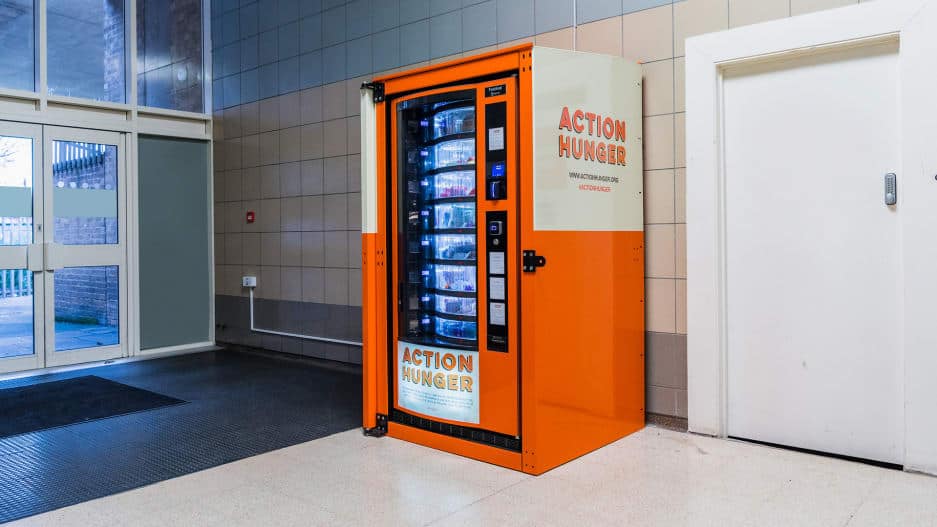 In the United Kingdom city of Nottingham, a nonprofit called Action Hunger has installed a vending machine at a local shopping center that gives away things like granola bars, sandwiches, fruit and toothbrushes for free. The items are only accessible to people who are homeless. (h/t Fast Company)

How it works: The machine is paired with a local homeless shelter that issues special cards that allow recipients to access the machine three times each day. The machines operate 24/7, and cardholders just have to check in with a partner organization each week.

Action Hunger founder Huzaifah Khaled told Fast Company that the organization is planning a series of vending machines to be installed throughout the U.K. and the United States (they will install a machine in New York City in February). The effort comes in response to the limited accessibility and operating hours of shelters.

“It requires the homeless to schedule their days around visits to the shelter, making it hard to hold a stable job or see family regularly,” Khaled said. “Our vending machines offer 24/7 access, so they can be used at a person’s convenience–and completely free of charge.”

Khaled also said the vending-machine initiative was just a temporary measure. The hope was users don’t become dependent on the machines but rather become more engaged with local services. That’s the idea behind having card access be granted through local organizations, so the resources can compound and a support network can come together to fight poverty on a person-to-person level.

“It will ensure contact is sustained, and hopefully for long enough for their homelessness to be curbed altogether.”