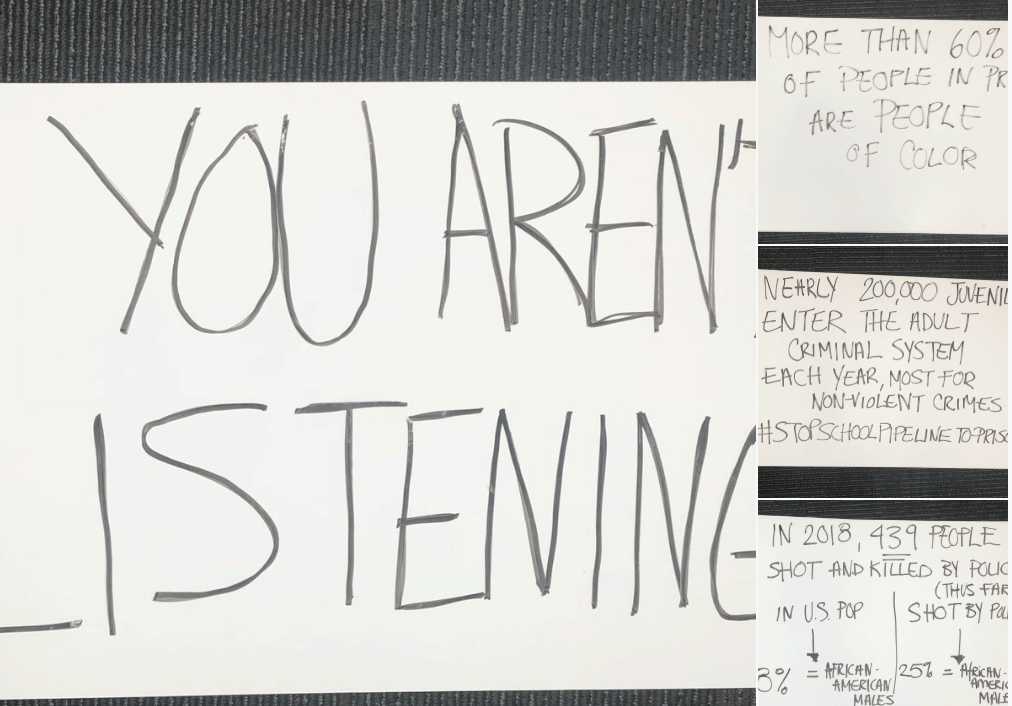 Codependence Is Not Oneness: What Christians Get Wrong About Relationships

This week, President Donald Trump disinvited the Eagles to the White House after the Super Bowl champions stated publicly that they would decline the president’s customary invitation. Today, prominent Eagles player Malcolm Jenkins defended his team’s stance with a protest during his media session.

Jenkins’ signs listed numerous statistics about social justice, and listed facts about some of the actions and demonstrations from his fellow NFL players. His first sign read, “You’re not listening.”

His other signs read:

Jenkins protested the American criminal justice system during the NFL season by raising his fist during the pregame national anthem. Neither he nor any of his teammates kneeled in protest.

The Eagles as a collective did not add much to the conversation between them and President Trump at their media session. Many players, when asked about the conflict, said they had stated enough already. The team has been accused of pulling “a political stunt” and was charged by White House press secretary Sarah Huckabee Sanders as having “a lack of good faith.”

The team had been deliberating for weeks whether to show up to the White House.