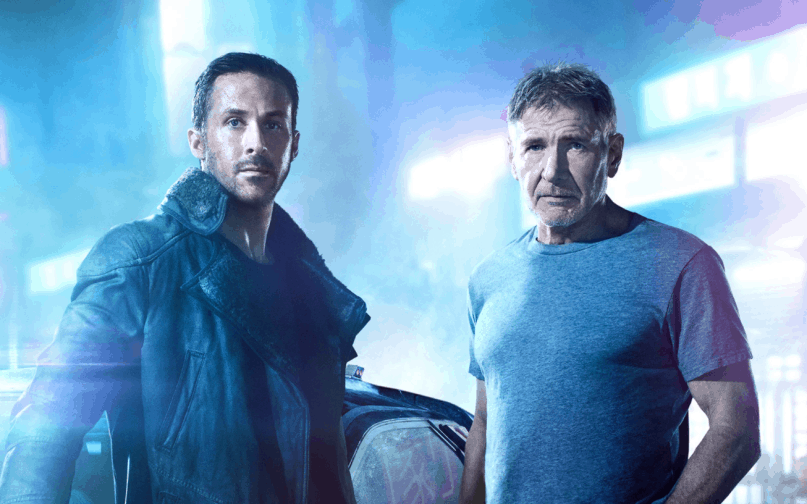 As has been widely reported in the halls of celebrity journalism, at one point during the filming of Blade Runner 2049, American hero Harrison Ford accidentally decked Canadian hero Ryan Gosling right in the kisser.

The story has been reported and confirmed by both stars but now we’ve got photographic proof that it went down and it is magnificent.

This still of Harrison Ford accidentally punching Ryan Gosling for real during a Blade Runner 2049 scene is amazing. pic.twitter.com/3uKIxHo1AT

Seeing the picture provides some excellent context for Ford’s explanation of the event, as he recounted to GQ in a profile that is well wroth reading in its cantankerous entirety.

“I punched Ryan Gosling in the face,” Ford confirms. Then he adds, by way of clarification, that “Ryan Gosling’s face was where it should not have been.”

Explain further, if you will.

“His job was to be out of the range of the punch. My job was also to make sure that I pulled the punch. But we were moving, and the camera was moving, so I had to be aware of the angle to the camera to make the punch look good. You know, I threw about a hundred punches in the shooting of it, and I only hit him once.”

So he should be grateful?

“I have pointed that out.”

And the one that did connect—that’s 100 percent his fault?

“No.” Ford makes as though he’s carefully weighing this. “I mean, I suppose it’s 90 percent his fault.”

[/lborder]
For the record, it appears from television interviews that Gosling and Ford are pretty fond of each other, although the latter apparently has some difficulties remembering the former’s name.
0 Comments
RELEVANT October 2, 2017
Share
Tweet
Share
TRENDING ARTICLES

Tom Cruise Smuggles Drugs and Moral Relativism in ‘American Made’