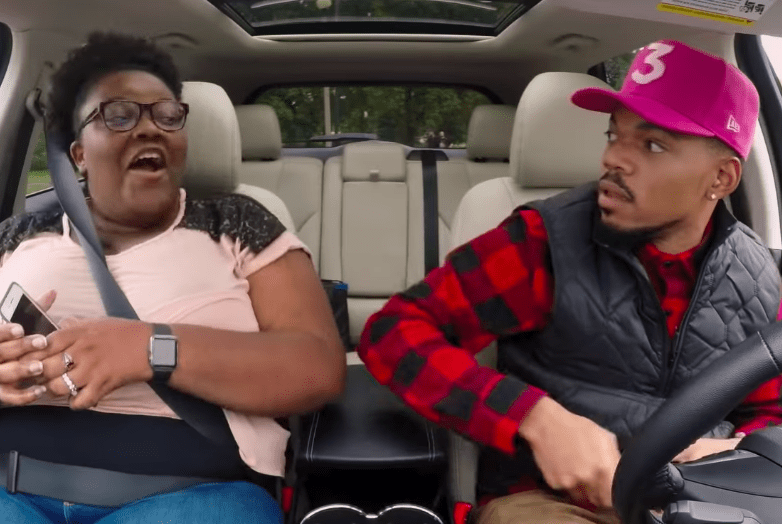 Chance the Rapper is a man of many passions. Music, obviously. His soon-to-be wife, of course. God, also obviously. His hometown of Chicago and its public school system is a big one, as his tireless activism shows. And just about all of those things get a shoutout in this Lyft video, in which a lightly disguised Chance drives a few (mostly) unsuspecting Chicagoans to their destination.

It affirms a lot of things we’ve always known about Chance, including the fact that he’s one of the more likable dudes on planet earth. Make sure you stick around to the very end for the very best reveal.

While undercover, Chance weighs in on his fiancee (“a good lookin’ woman”), Tupac (“classic”) and whether Kendrick Lamar is better than Chance the Rapper (“that’s the question”). He also plugs Chicago Public Schools and his New Chance Fund, which gives a lot of money away to CPS.

Now about that fourth mixtape …

One Year After #MeToo Went Viral, What Have We Learned?