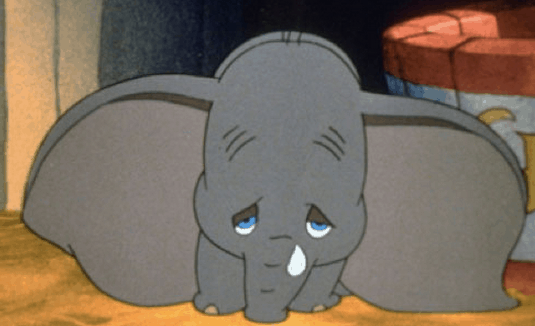 You might not believe this, but there was a time when Tim Burton was known for a startlingly original vision. Under his careful gaze, movies like Edward Scissorhands, Ed Wood and even late-career masterpiece Big Fish all crackled with freshness. These days, he’s better known for …for what exactly? Bad adaptations of old ideas like Alice in Wonderland and Dark Shadows? Well, add Dumbo to the list, because that’s next. Burton is slated to helm a live action/CGI mashup of the flying elephant spectacular. Walt Disney is really enjoying remaking all its old animated classics as live blockbusters (don’t miss Cinderella, in theaters everywhere this week), even though (Marvel aside, of course) its biggest box office successes of the past few years have come from original concepts like Frozen and Big Hero 6. Don’t tell that to Burton though, who’s probably already figuring out how to squeeze Johnny Depp into an elephant costume.

A North Carolina Sheriff Has Banned Sex Offenders From Churches