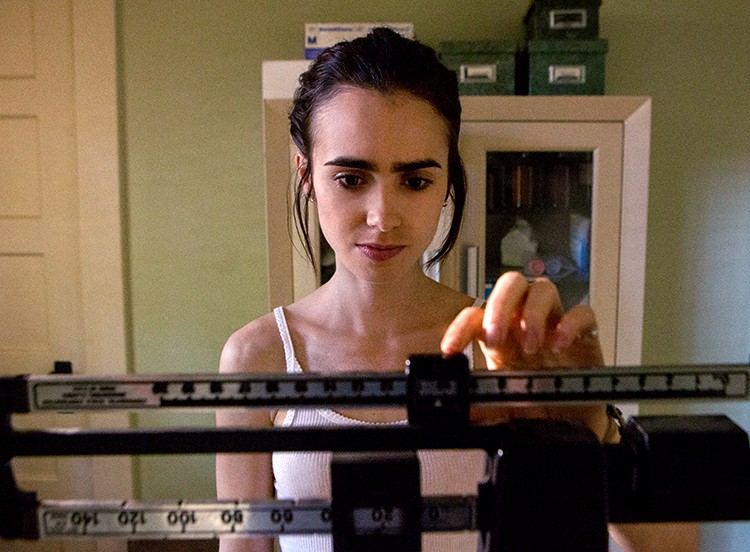 The new Netflix film To the Bone tells the story of a 20-year-old woman, and her battle with an eating disorder. The movie graphically depicts real issues facing those with eating disorders and what recovery looks like.

To the Bone has sparked a significant cultural dialogue about eating disorders, and why it remains such an important issue to be addressed.

We recently spoke with Bonnie Brennan, a licensed professional counselor and a certified eating disorders specialist at the Eating Recovery Center about the film, what it gets right and the truth about eating disorders.

What are your thoughts on the way the film portrays eating disorders?

My thoughts are that the movie was powerful and touching. It was what I thought to be an honest attempt, to do a piece of art about one woman’s recovery journey.

The film is going to be especially triggering for anybody who’s been affected by an eating disorder. That could be a family, a friend, or somebody who’s in recovery themselves because there’s some difficult images—the filmmakers have a disclaimer about that in the beginning.

We see behaviors being enacted, we see graphic images of the thinness, and anorexia. Then also some of the dangers of the use of social media which has been talked about a lot lately too around the treatment centers.

Eating disorders cross all shapes and sizes, all ages groups and genders and cultures. It’s a good start in the direction of it; it’s not just anorexic white girls that struggle with eating disorders.

I read that eating disorders are the No. 1 fatal psychiatric disorder?

Anorexia nervosa has the highest mortality rate of any other mental illness.

Why do you think that is not known? I would have never guessed that it would be anorexia.

We have some data on anorexia and our data suggests that for every person who dies from anorexia, 1 in 5 of them have done so by suicide.

There’s a high suicide rate for those who have died with anorexia nervosa, because the illness can be quite difficult to recover from.

Think about it: You have to have a healthy relationship with your food and body everyday, all day long everyday of the year. So for those with really severe forms of the illness it can be really daunting to continue life in recovery with anorexia nervosa.

Is there a way to catch an eating disorder at the early onset?

Yeah, you have the highest chance of recovery if you catch the eating disorder, early and quickly.

Often times, we see eating disorders triggered in adolescence. The average girl will put on 40 pounds of body fat during puberty, and that is also a time when they are in middle school and having a lot of social changes in life. Eating disorders tend to be prevalent around that time, so parents are noticing that their son or daughter is restricting—starting to use behaviors to try to get rid of food, obsessing about a fear of being fat, or counting calories these would all be signs that they might be struggling.

The sooner they can get access to care the better their chances are of not developing a severe eating disorder.

Where is the line between being very attentive to counting calories and working out and actually having a disorder?

Some barometers that we would use to access this area: Are you in a state of elevated anxiety and distress in regards to counting the calories or engaging in the exercise? Do you feel compelled to have to do that? If you don’t, you are upset or stressed out for the day? Are you starting to see it affect other areas of life like your relationships, work, or school?  Are people starting to make comments and confront you on it? Are you unable to go out to dinner with friends, for example, because you fear the food? Are you bringing your own food to functions because you are getting more and more rigid about what you are allowing yourself to eat and not eat?

I read another interview where you said, “the film doesn’t show the barriers to care that someone could face,” such as health insurance. Can you talk more about this?

You know, unfortunately, we have a health care system that does not adequately support treatment of eating disorders, in my opinion.

There are some places that folks get their third party benefits from that might not be able to provide the length of stay that we see in the film. We hear the one character Luke mention that he has been there for six months. For a lot of our patients that is just not a reality—they don’t either have the financial resources themselves or their insurance companies don’t support that length of stay, even though they might actually need that.

I think we need to raise more awareness and make some more advances in terms of understanding how long it takes to treat an eating disorder and all the struggles that patients go through in the process of recovery.

Is one of the most important aspects of your recovery having your support system and the people around you?

I think that is a very important aspect but everybody’s treatment and their journey to recovery is different. In this case, in the film they represented one person’s journey and what was important to her. But family is definitely a big part of the recovery journey and a big focus of our care here at Eating Recovery Center too. You know some families can be complicated and messy but that doesn’t mean that they can’t be helpful in getting the person towards wellness.

Were there any other aspects of the film that would be important to mention?

You can seek treatment at any time. It’s never too late, and it’s never too early. Reach out talk about these things, have discussions. Use the film as a platform for having a conversation and learning more about eating disorders rather than sole representation of all that can encompass eating disorder treatment, care and how it might look.

Well often times folks with eating disorders feel like they have to be sick enough, so unless they look like the character in the movie emaciated, that they are not deserving of treatment. What I mean by it’s never too early is, ‘You don’t have to wait until you’re ready for the hospital to seek care.’ If you are struggling with thoughts and feelings about your body and the way you’re behaving with your food, don’t hesitate to reach out for support.

If you or someone you know is battling an eating disorder, help is available. You can go here to learn more about the Eating Recovery Center.

Editor’s Note: This interview was edited for length.