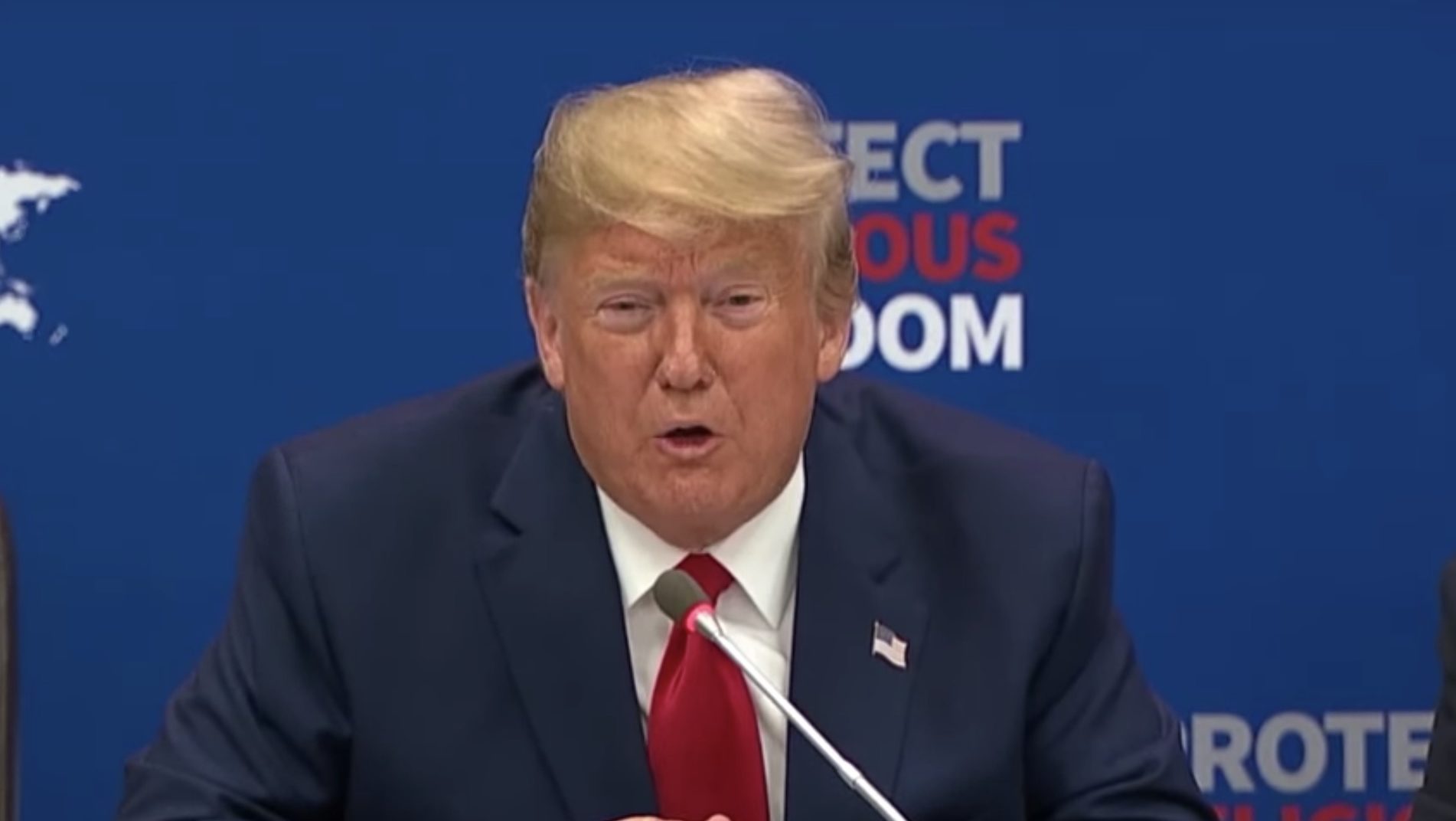 He also announced a coalition of businesses for “the protection of religious freedom.” He did not elaborate.

You can watch his remarks in full here.

“The United States is founded on the principle that our rights do not come from government; they come from God,” Trump said. “This immortal truth is proclaimed in our Declaration of Independence and enshrined in the First Amendment to our Constitution’s Bill of Rights. Our Founders understood that no right is more fundamental to a peaceful, prosperous and virtuous society than the right to follow one’s religious convictions.”

“Regrettably,” Trump continued, “the religious freedom enjoyed by American citizens is rare in the world. Approximately 80 percent of the world’s population live in countries where religious liberty is threatened, restricted or even banned.”

Trump said that he had “obliterated the Johnson Amendment in our country, so that now, we can listen to the people that we want to listen to — religious leaders — without incrimination against them.” The Johnson Amendment is still in effect, though an executive order signed shortly after Trump took office did advise the IRS to use “discretion” over when and how the rule was enforced.

Vice President Mike Pence referenced numerous examples of religious persecution around the globe such as the Easter bombings of churches in Sri Lanka, attacks against synagogues in Pennsylvania and California and the murder of Muslims at two mosques in Christchurch, New Zealand.

In the U.S., Trump has been criticized for his proposed “Muslim Ban”, which attempted to bar refugees from Muslim majority countries from fleeing to the country.

I Have a Disability. This Is What You Should Know When You Pray for Me