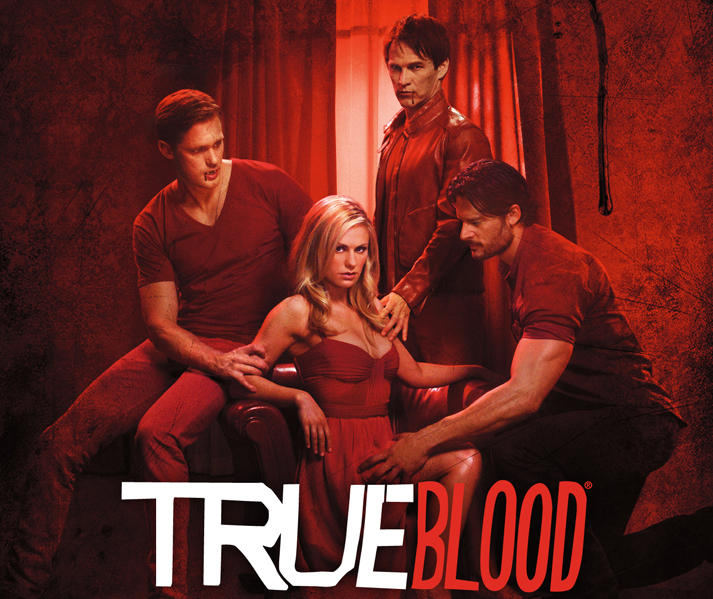 True Blood has created buzz ever since it aired five seasons ago-namely for its outlandish plot lines and graphic sex scenes—and it returned for a 5th season on June 7th. If you’ve never watched the show, it’s simple: vampires and humans coexist; there are problems with that, and crazy things happen (cults, orgies, murders, sorcery, and other supernatural phenomena.) And far beyond the realms of the fictional Bon Temps, Louisiana, where all this taks place, there is a parallel about the incessant human struggle for spirituality and intimacy with God—in a place where it often seems that God is dead: HBO.

It may seem problematic to be talking about faith in the context of a show that has such egregiously licentious moments, but if we can’t search for God everywhere, then where are we going to find Him? So, what if we dig beyond the show’s lustful trappings and find what resonates from deep within the show—its spirituality?

The notion of everlasting life

The first and most overwhelming spiritual element in this show is the way eternity has been set into the hearts of man. (Thank you, King Solomon.) Each character, vampire or human, has a yearning for some form of eternity. Yet, as we know, the true way to attain that kind of life is a long way from the route most of the characters seek. And yet, vampires—in a dark, twisted way—have sort of achieved this.

Vampires, once they become such, can essentially live forever. Nonetheless, even with ‘eternity,’ they are separate from love, lightness, and humanity. They can’t enjoy the pleasures intended for living beings: sunlight, water, food, drink, and arguably, love. It’s as though they live in a perpetual hell—yet they still don’t want to die a true death. What keeps them fighting for their life of darkness? It’s the same question we could ask when we find ourselves suddenly distanced from God; why are we fighting an unwinnable battle?

Nevertheless, in True Blood, the one privilege vampires all want more than anything is to be able to walk in the daylight. They seek the blood of Sookie Stackhouse, a human fairy, whose blood allows them to spend moments in sunlight without burning to death.

Interestingly enough, isn’t that what we all want? To walk in the light, never having to walk alone forever in the dark? Whether it’s spiritually, figuratively, or completely literal—it stands true. The human soul was designed for light.

Unfortunately though, our sinful nature can keep us fumbling in the dark indefinitely—so oftentimes we, just like the characters in True Blood, succumb to the world’s most tantalizing seductresses in exchange for the most plaguing void to fill: intimacy.

The search for intimacy, relationships and wholeness.

The desperation for closeness on True Blood is reflected most prominently in the relationship between humans and vampires. The opening line of the Season 5 trailer features a vampire saying, “We were created in God’s image, not humans.”

Therein resides an underlying problem on the show that echoes into the real world everywhere: multiple groups of people who all truly believe that they were created in God’s image. How do those two groups engage, relate, and coexist? The differences in belief cause turmoil, dissension, and ultimately – violence. And in Bon Temps, the result is no different: The people who love vampires are seen as accepting (by viewers) and crazy (by other characters on the show). This leads to brutal tension and violent interactions. Yet, amongst all of the cruel and sadistic exchanges, the humans and vampires continue to search for that which they each crave the most: love.

So what happens when you fall in love with someone who can live forever while you are destined to grow old and die a human death? You find yourself not being able to see eye to eye; you have an unforeseeable future and an inescapable problem—the fact that one of you is not truly living. So the question reflects in our lives: is this the sort of problem we run into when we enter into intimate relationships with people who we say are not truly living? If so, aren’t there also pieces of an unforeseeable future with those people? How do we reconcile those relationships in a way that draws us to God? I’m not qualified to answer those questions. Nonetheless, when one of you is ‘walking in the light,’ and the other doesn’t believe it’s possible to ever do that, there’s bound to be an struggle at some point—isn’t there?

Casting Out The Divergent

So what does this show do with the coexistence of humans and vampires? It’s an impossible problem to ignore, and it’s often the most prominent premise of the show: the alienation of people we consider “less human” than ourselves.

Whether consciously or not, many of us alienate people we deem “less human” than ourselves all the time. Whether it’s simply by not talking to them or something more drastic, we’ve all sunken into the trap. On True Blood, the show spends an entire season showcasing a church, “The Fellowship of the Sun” (this parallel is too easy, right?), whose entire purpose revolves around casting out vampires as pariahs to society, and ultimately killing them. Vampire haters and Fellowship of the Son members seek to hand vampires the true death, while casting signs about town such as, “God hates fangs.” And what happens to these people? Many of them end caught in a web of their own lies and insufferable actions, or, even worse—dead. And, just like in Bon Temps, It’s these acts of hate that distance us from God just as much as we feel others are distanced.

It may seem obvious that casting out ones enemies is hardly a solution to a difference in beliefs, but we see it all the time in our society. We may scoff at the absurdity of some of the moments from True Blood and the extremes to which characters in the show will go to rid their town of vampires, yet we, as Christians, do this on a relative scale all the time. The backlash that ensues from impatient, loveless acts is damaging not only to those cast out, but to those casting out as well.

As people ‘living in the light,’ we know the eternity our God has planned for us—no matter what anybody else’s idea of everlasting life is. And it may seem absurd to draw a parallel with sex-crazed vampires, but perhaps the secular moments in television can be some of the most revealing of the human heart.