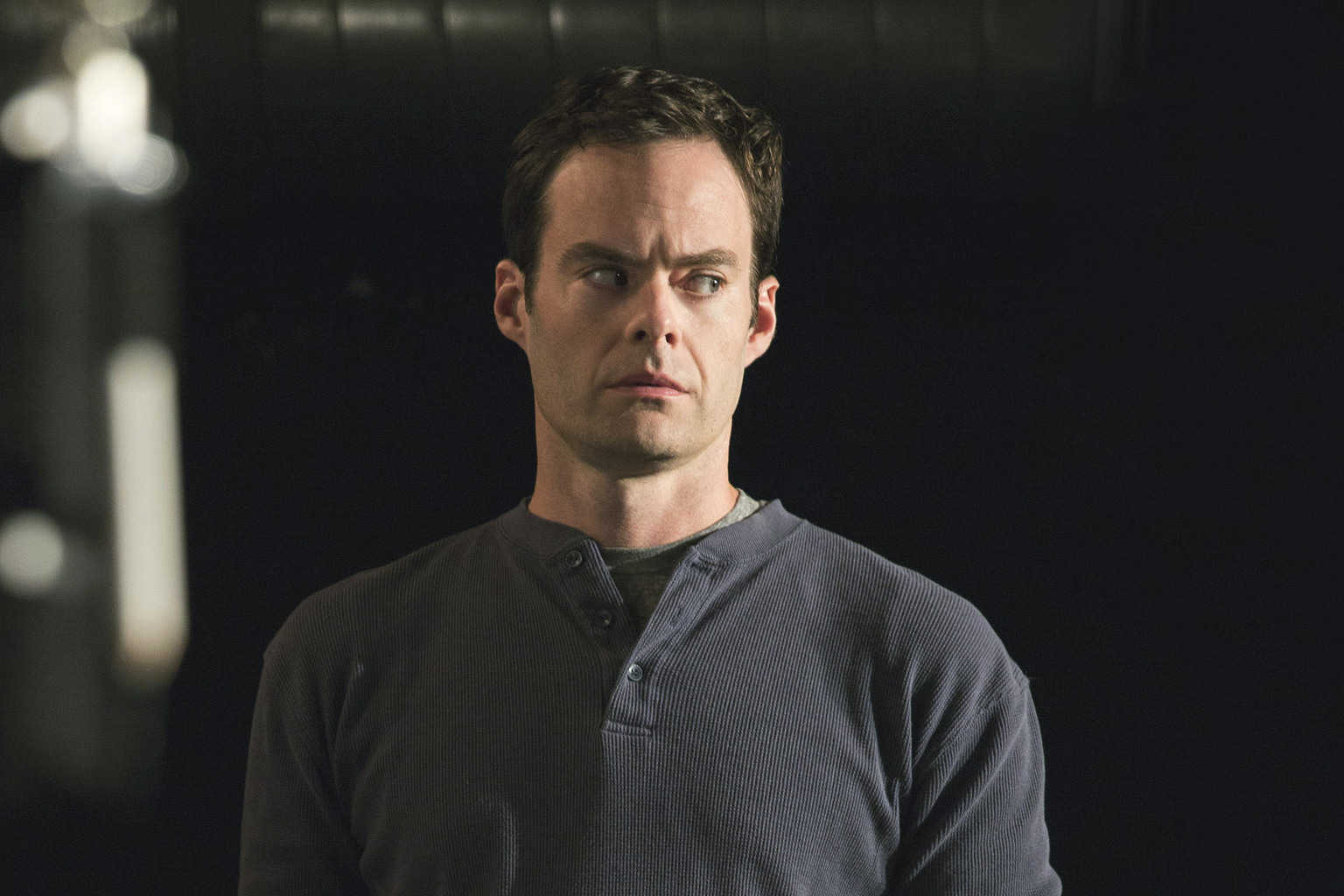 When you think of Hollywood, you might imagine the glamor and glitz, but maybe you imagine something far more negative and cynical. Hollywood is considered the land of dreams, but it can just as easily be a nightmare, a land of struggle, disappointment, failure and abuse. That’s probably why the main character of Barry, a new half-hour comedy premiering on HBO this Sunday, happens to be a contract killer. That’s one way to survive in the so-called “city of angels.”

Barry stars Bill Hader, who co-created the series, in addition to writing and directing a few of the episodes. If there’s a personal stamp to be found in a dark comedy featuring a directionless hitman who finds hope in acting, look no further than the SNL alum. Hader pulls off one of his most fascinating performances yet as the title character. We’ve seen him tackle plenty of comedic roles, but he’s rarely balanced those comedic chops with this much heart and soul.

Barry’s not in easy character to play, either. The guy’s a socially awkward war veteran who deals with his post-traumatic stress by carrying out assassinations for his family friend, Fuches (Stephen Root). Fuches assures Barry these targets are all bad guys, just like the bad guys Barry killed during the war, and that leads to plenty of bloodshed. Make no mistake, Barry is unapologetically violent, even for an HBO show, and thankfully, the show doesn’t play it up for laughs. Working as a killer takes a toll, it would seem.

Eventually, Barry travels to Los Angeles and tries to carry out a hit for the Chechen mob. It doesn’t go as planned. While pursuing the target, Barry finds himself accidentally participating in their acting class under an eccentric and perhaps tawdry acting coach (Henry Winkler). It’s revelatory. The dangerous world Barry has known for years suddenly becomes far less appealing. He starts to wonder if acting is his true calling, partly because his new friend in the class (Sally Reed) inspires him to seek out the “truth” in his performances.

If truth in acting sounds like a paradox, don’t worry. Barry is all about contradictions, starting with its own style of deathly serious drama mixed with hilariously dry comedy. In the same way, it uses the cynical backdrop of Los Angeles in order to remind viewers why they love entertainment in the first place. The show examines the ethics of acting itself, claiming we can find “truth” in a great performance, even though that “truth” is essentially based on a lie.

The supporting characters provide a welcome counterbalance to that thesis. They monologue to Barry and each other about how great acting comes from using your own unique experiences to authentically communicate, so those in the audience might have a genuine reaction to your performance. That might not track with all viewers, but even if you disagree with their assessment, you can follow right along with Barry, who doesn’t quite know what to make of Hollywood, either. All Barry knows is he wants to be a part of this world, and his reasoning there is much more unexpected.

Normally, fictional characters who seek the dream of Hollywood are in it for the glory, fame and myriad other selfish means. The drama and comedy of those works tend to draw from these characters going to extraordinarily immoral lengths to get what they want, either by lying, cheating or compromising their dignity. Here, Barry is already a killer. He’s done everything wrong at the start of the show, so the viewer is left wondering not how far he’ll go to acquire what he wants, but rather how he’ll find a modicum of happiness among a new group of supportive friends.

Because on Barry, it’s the people who manage to warm our main character’s heart, not the institutional mechanisms of Hollywood. Those friends are the ones who challenge Barry to overcome his personal demons, atrocious as they are, and transcend the challenges he’s been facing since he returned from war. Barry is struggling to balance the violent environment of his formative years with a more hopeful present, but the clarity comes through his peers in the acting class.

That’s where Barry truly finds its stride: In examining how, whether we like it or not, our environment shapes not only our morals but also our purpose. Thinking about “where we are” isn’t just about a setting like 90210. It’s also about who we choose to surround ourselves with, hopefully for the better.