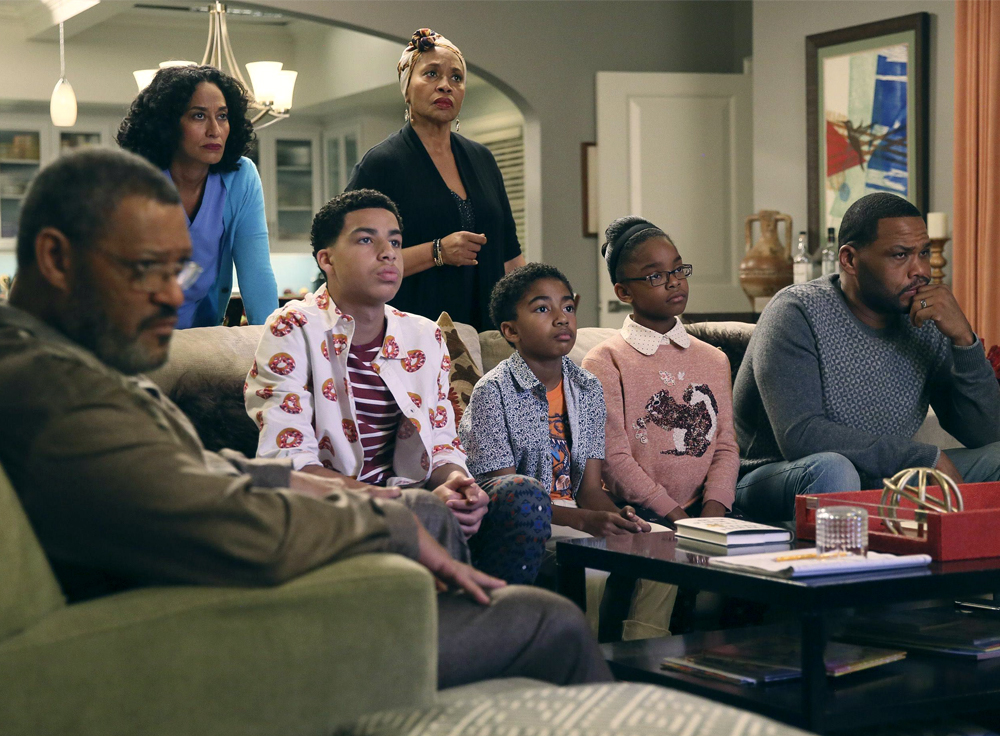 This Is Us is the undisputed tear-jerker of prime-time television, and while the collective heart strings of America likely benefited from the cathartic deep wail we exhaled at the close of its inaugural season, Blackish’s season finale is the one I’m looking forward to most.

If this country can use anything, it’s a show that induces deep laughter while nudging important conversations around social issues into our living rooms. Blackish is the show that we needed without realizing we did.

Here are four reasons why:

Rainbow—Dre’s wife, mother of their four children and a successful physician—isn’t the perfect career mom, and we love her for it.

Often, we see women, particularly mothers, portrayed in extremes that are aspirational, but just a few steps outside of reality.

While we all want to grow up to believe that we can be Claire Huxtable, the Cosby Show mother who balanced her legal briefcase with one hand while checking the temperature of a sick child with the other (never mind that her husband is a doctor), the reality is that most mothers of several children are just trying not to lose a kid in the grocery store.

Rainbow Johnson shows us motherhood grounded in reality, with mistakes along the way that we can easily forgive them for—even if only because the mistakes feel familiar.

Blackish teaches us how to talk to people who are different from us.

It is easy to preach reconciliation; it’s another to practice it.

Dre’s relationships and discussions with his colleagues are often steeped in so many layers of comic relief that you don’t realize you’re being served a primer on diplomacy and how to navigate prickly topics like race and politics.

Of course, as in life, there are times where the jokes take a back seat, and uncomfortable conversations must be had. Blackish handles it with such raw honesty and graciousness that Dre’s office often feels like one where we all have a seat at the table.

The Johnson kids each carry their own weight with their own interesting storylines.

Every kid in your family can find a Johnson kid to relate to. They can be selfish, empathetic, bratty, intelligent and innocent, reminding us that each generation is an opportunity to reset the previous one’s prejudices and shortcomings.

Blackish is one of the few places where we all come together.

In the wake of Emmy nominations, critical acclaim and consistently strong ratings, it may be easy to forget the initial controversy of the debut of this show. The title of the show rankled folks, including the current president.

And yet, a recent Nielsen report revealed that a whopping 79 percent of Blackish’s viewers are not so Black(ish).

There’s something for everyone, whether you can relate to an overbearing in-law, quirky coworkers, deciding whether to take paternity leave, sharing a heated discussion about the election or the difficulty of explaining police brutality to your children.

As Blackish wraps up its third season, with a likely fourth one on the way, you can’t help but wonder if the creators had any idea how pertinent the show could be for all Americans as we seek a path out of stark polarization, or at the very least, into a good laugh with someone we hadn’t expected to share one with.

‘The Daily Show’ Star Jordan Klepper Is Getting His Own Show