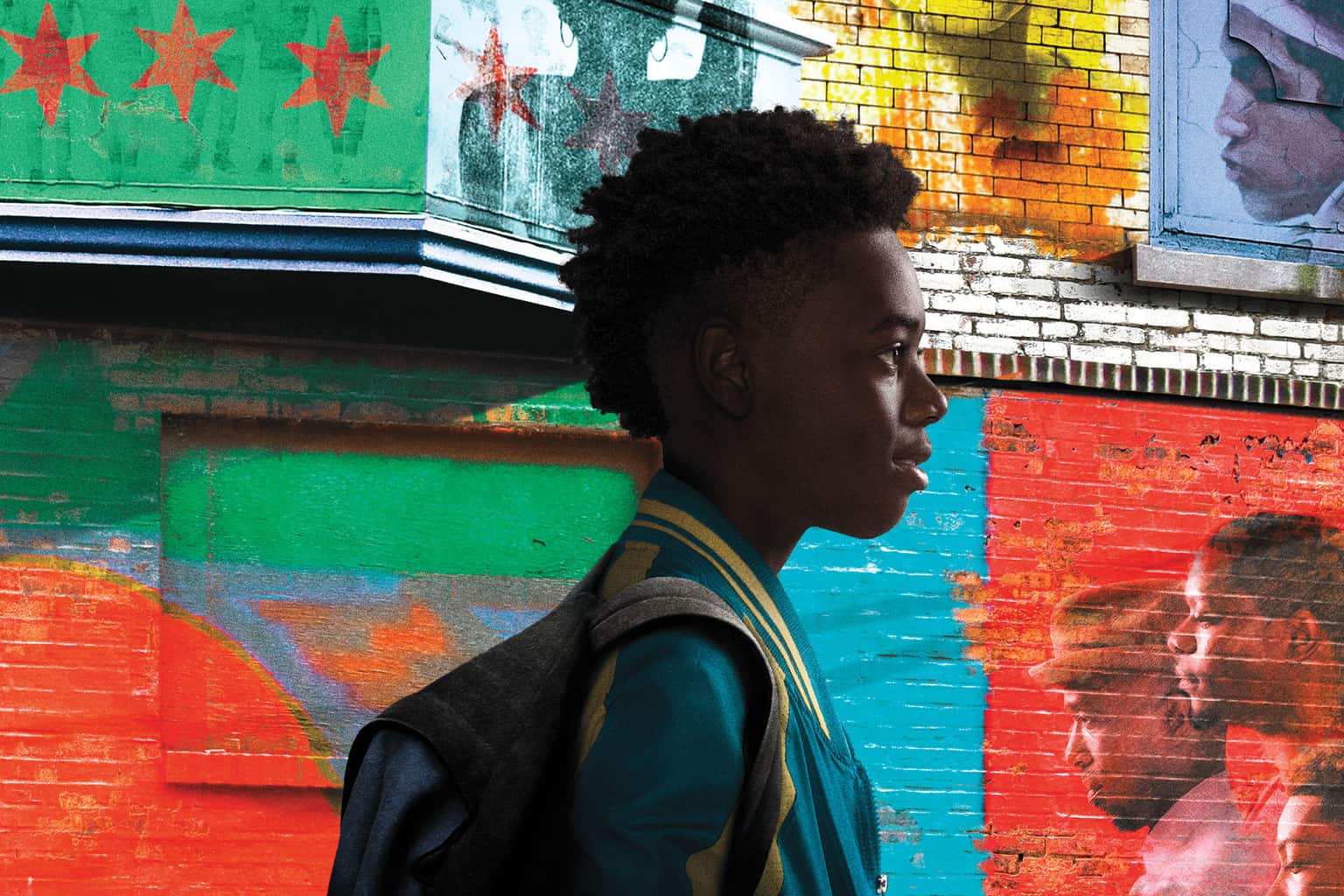 When a TV show or movie becomes a massive hit, copycats come out of the woodwork. Twilight thrust vampire hysteria upon the world, and HBO is considering up to four Game of Thrones spinoffs after the main storyline in Westeros draws to a close next year.

In 2002, HBO scored a hit with The Wire, one of the first TV dramas to reject typical cop-show tropes in favor of a more complex, Baltimore-centric narrative. Despite universal acclaim, The Wire would stand alone in its perspective for years, its rewarding storytelling left for occasional discovery via streaming services.

Ten years after the conclusion of The Wire, Chicago native Lena Waithe has picked up the concept of a complex, inner city narrative and pointed the camera at her hometown. Showtime’s latest series features a web of personal connections within Chicago’s predominately black and economically disadvantaged South Side, appropriately titled The Chi.

Like The Wire, The Chi separates itself from more traditional TV shows by presenting its ensemble cast of struggling South Siders as normal. That doesn’t mean the characters in The Chi are living the middle-class South Side experience depicted in the ’90s sitcom Family Matters. This excellent ensemble cast is portrayed as average Americans who are navigating a dangerous and unstable environment, trying to flourish in the face of seemingly insurmountable obstacles.

BREAKING THE BINARY STEREOTYPES OF THE INNER CITY

For the most part, movies about people of color living in the inner-city fall into one of two categories. The first is the glorified gangster life of drugs and wealth, the illegal journey from rags to riches. The second is about the teacher/coach/mentor who teaches disenfranchised youth to love math and writing or focus their despair at living into poverty into a sports scholarship to college.

While these stories can be based in truth, the repetition of the same tropes leads to the stereotype that every inner-city kid will either grow up to be a drug dealer who dies in a blaze of glory or a meek university student with a flair for theater.

From the age of 7, The Chi creator Lena Waithe knew she wanted to be a TV writer. Prior to the show, Waithe built a resume marked by episodes of Fox’s Bones and Netflix’s Master of None (the latter earned her an Emmy, making her the first black woman to take home the award for comedy writing). Her accolades piled up and her fame grew until Waithe’s childhood dream—to tell the tale of the Chicago she grew up in—came true.

Waithe knew getting the little things right was vital, so she assembled a team of local creatives (including rapper Common, who serves as both an actor and producer) to give The Chi an air of authenticity and level of detail rarely achieved in entertainment.

Although not strictly biographical, Waithe and co. weave experiences from Chicago’s South Side into something that’s not only entertaining, but an effective counterpunch to the idea that poor, inner-city youth have a genetic predisposition toward violence and chaos. “My mission is to show these young black men are not born with a gun in their hand,” Waithe told The New York Times. “These are kids who come out with all the promise and hope that any other kid does. I wanted to humanize them and show that their lives are valid.”

AN OPPORTUNITY FOR THE MODERN CHURCH

In the 2018 conversation around race, justice and poverty, often the discussion gets bogged down in the “why” and the “what now” is ignored.

‘The First Lady’ Will Tell the True Stories of Michelle Obama, Betty Ford and Eleanor Roosevelt

The first two episodes of The Chi center around two murders. In the pilot, we meet Coogie, a high school student who’s brazen enough to steal a chain and some high tops off of a dead body, but tenderhearted enough to spend his allowance on treats for a stray dog. Elsewhere in the ensemble cast, a young man must find a babysitter so he can support his infant son. Each character struggles to rectify immature, but certainly not evil, choices.

As a Christian, it’s tough to watch these characters navigate problems that, taken on a case-by-case basis, are quite solvable. You realize what the modern Church could be doing and isn’t. There’s no hard data to work with here, but simple observation on Sunday morning shows us that American Church seems more interested in funding internal programs, such as youth ministries that, on average, fail 70 percent of students, than outreach programs to struggling communities. Next weekend, poke your head into the youth ministry and wrap your head around the fact that most of those kids will walk away from Christianity after turning 18 (To be fair, some do come back.).

What I’m not trying to do here is demonize youth ministry across the board or to say that all internal programs are always ineffective. But the question of how churches allocate resources is a valid one. Watching The Chi forces the Christian viewer to ask how the Church can allocate more resources to effectively help disadvantaged people within their communities. If your church is having trouble finding the budget, look to which programs burn through your tithe money without producing tangible results.

According to Waithe, talks are already in place for a second season of The Chi. This one is worth making room on your DVR for, as watching The Chi will likely inspire believers to ask what each of us can do for the least of these living within miles of the churches we call home.