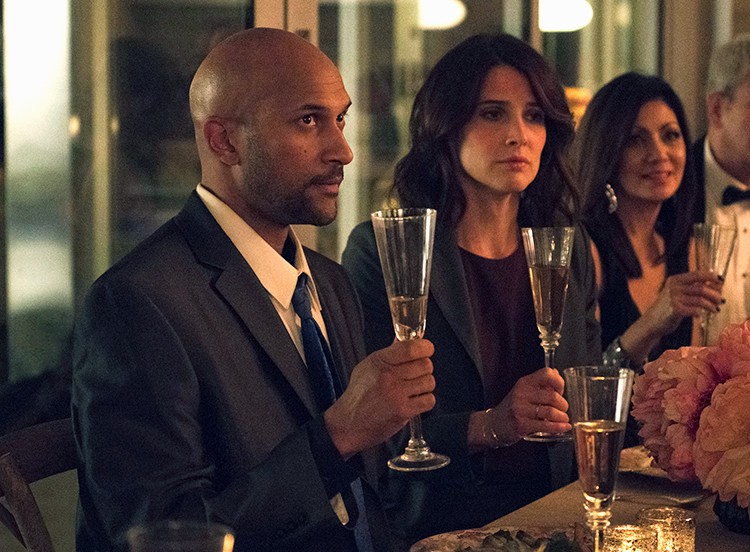 A new show was added to your Netflix browser this weekend that might catch your eye for about seven reasons, give or take. With Keegan-Michael Key, Cobie Smulders, Fred Savage, Billy Eichner, and several other familiar names to tout, ​Friends From College has one of 2017’s best casts for a sitcom. And yet it’s simultaneously one of the worst new shows of the year.

How did this happen?

The general premise of Friends From College certainly sounds appealing. Unlike the traditional sitcoms based in New York and centering around the love lives of 20-somethings, this new show explores the afterglow of settling down in your 40s … and still living in an affluent city. Essentially, this is what Master of None fans might expect from a Season 3, assuming Aziz Ansari decides to actually make it.

From a moral and ethical perspective, Friends From College presents an interesting idea as the foundation for its first big hook of the season, infidelity. The show goes back and forth between trying to parse whether or not being unfaithful to your romantic partner is actually a bad thing, or if it’s simply an exercise in letting yourself feel young again. The characters involved in this affair (Keegan-Michael Key and Annie Parisse) often argue with each other over whether or not they’re definitely “bad people,” and the show wants viewers to engage in this debate as well.

This is played for laughs later in season, but the real comedy is how obvious it probably comes off to everyone watching that there’s no real argument here. Friends From College wants to make a case for reevaluating the sympathies we should have for cheating spouses, while contradicting itself when it comes to the bottom line of what makes an affair so damaging to romantic relationships (which is necessary if you want to begin deconstruction of this topic).

It’s the lying and deception that can destroy trust in these situations more than almost anything else, and the second episode even makes it a point to try and get that across through slapstick humor, until it ditches that initial argument altogether and starts becoming a wacky comedy in full with all of the usual trappings.

By normal standards, Friends From College might be more of a forgettable show than one that is plainly awful. But it’s the missed opportunities in its cast and conceit that make it fascinating in its misfires. Cringe comedies can be some of the hardest formats to tackle, but the best ones identify real human experiences and take them to absurd extremes. Who among us can’t relate to the experiences of unlikable, morose Harvard graduates who feel overwhelmed by the fact that they have to be slightly less successful in life than they wanted?

A better show would have addressed their materialism in this case, because the characters do feel dissatisfied despite all of them being well-to-do. But instead, one of the main characters pains over having to be a young adult novelist over a “serious” writer. The horror.

At its core, there’s a chance here to explore the college friendships that become bizarre, co-dependent fixations decades later. Movies like The Big Chill have certainly covered this ground well. We all have that friend from college we can’t seem to escape or turn our backs on emotionally, despite how easily we decide to forsake much of everything else that might have occurred during those formative years.

In Friends From College, that nostalgia for being 20 again is used to justify horrible behavior without informing the viewer why they should be invested in these self-obsessed characters in the first place, which would have been a worthwhile exercise.

That’s a shame because the show’s general out-of-touch nature is incidental. It was created by filmmaker Nicholas Stoller and Francesca Delbanco, who are married Harvard grads in real life. It’s strange to find a lack of any genuine perspective coming across in a show like this, especially when a movie like The Big Sick does this so effortlessly with creators Kumail Nanjiani and Emily Gordon.

Unlike that movie, Friends From College lacks any creative or novel insight into the experiences of complicated characters. It’s not a terrible thing to let your show be about people who are hard to like, especially if it allows Christian viewers to better understand secular attitudes when it comes to marriage, having children and finding real success in life. But to go down this route, especially when tackling such serious issues, deserves more than the melodrama and tonally disconnected comedy writing that this new show offers.

Want to Quit Your Job?