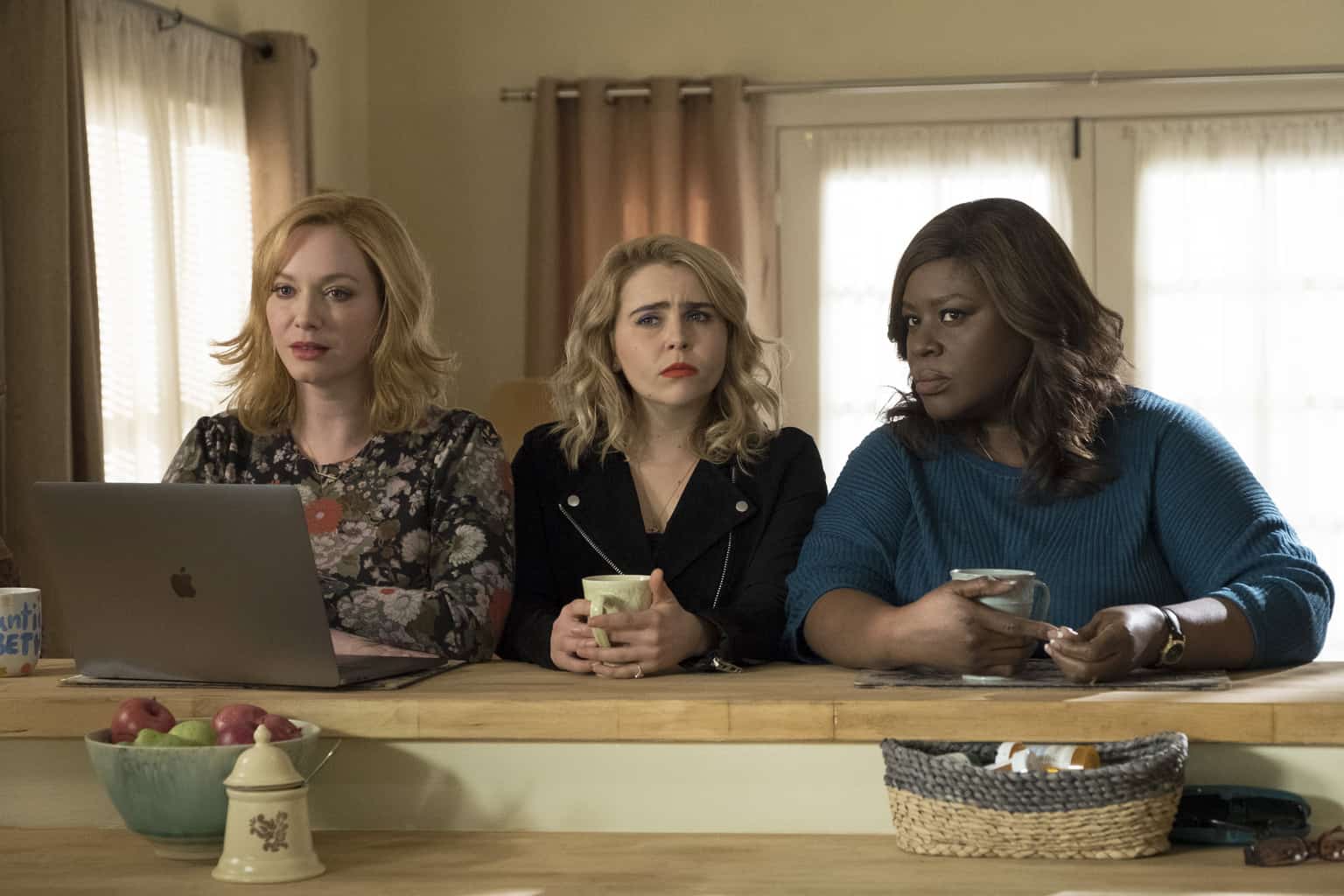 I don’t buy magazines. No compelling headline or celebrity lip injection interests me enough to buy one and take it home, but every year, I cave when Vanity Fair releases its annual Hollywood Issue. Sure, I peruse the articles and interviews, but full transparency: I don’t buy the magazine for what’s inside—I buy it because I like the people on the cover, and that’s exactly why I tuned into NBC’s spring hopeful Good Girls.

Studded with Hollywood gems like Mad Men‘s Christina Hendricks, Parenthood’s Mae Whitman and Parks and Recreation fan-favorite Retta, Good Girls follows the lives of three suburban mothers driven to crime by their financial and domestic needs. Throughout season one, Good Girls proves to be more than just a crime drama, pulling together equal parts dark comedy and heartfelt family drama. Despite the often glaring struggle to strike a balance between these tones, what threatens the show’s shelf life even more is its unwillingness to communicate anything real.

Toward the end of season one, Beth (Hendrix) wakes up to the sound of her dog gnawing at what we can only assume is something grisly. Worried it might finally be the day she comes face-to-face with the brutal consequences of her recent criminal dalliances, Beth turns the corner to find her dog eating spilled food. It’s a lackluster bait-and-switch, and instead of having the chance to connect with a character who becomes a victim of her own decisions, we’re left with a disappointing “gotcha” moment. Recurring scenes like this subvert our expectations, but instead of leaving us wanting more, we end up expecting less.

No one is entirely to blame for the show’s failure to hit hard, except for maybe the FCC and censorship regulations. Only minutes into season one, it’s obvious Good Girls is a network show begging to be set free on cable. Subject to constant comparisons to predecessors Breaking Bad and Weeds, Good Girls attempts to ask similar questions about morality, deceit and greed, but fails to interest us beyond the shallow circumstances of the characters, ultimately diminishing its value.

Of course, I’m not saying Good Girls needs to shave its head and throw on a yellow suit to tell a compelling story, but what made Breaking Bad honest was that every time it had the chance to show us the horror instead of hiding it, it opted to show us. In life you can’t shelter yourself from repercussions, and Breaking Bad never tried. It was courageous enough to break our hearts. It expanded the boundaries of authentic storytelling. It made it nearly impossible to go back to the days of formulaic network television. And finally it makes Good Girls look like a knock-off in the face of the real thing.

But what’s so bad about a fun, low-stakes drama that goes down easy? Isn’t it awesome that NBC bought a show in which three female leads take control of their lives in the face of danger? Of course it’s awesome. The world is burning up right now and we could all use a little relief, but Good Girls is not the outlet for that.

As television’s first crime drama to star a trio of women, Good Girls should break ground in a way that is both honest and equal, and it’s worth asking whether these women are immune to real consequences solely because of censorship regulations or because of prevalent gender norms that repeatedly keep women safe from the face of danger.

With the advent of uncensored, streamable and online content, issues like these are becoming increasingly important to viewers as they cull through the plethora of available entertainment. Today’s most successful shows—Orange Is the New Black, Atlanta, Handmaid’s Tale, Transparent, Master of None—despite their tonal differences, have one thing in common: They knock down the dam of censorship and embrace the humanity that spills out. The rampant success of these shows proves there is a growing desire to understand and connect with the people around us. Now more than ever, television has the opportunity to bridge gaps in our understanding, peacefully correct misconceptions, and genuinely lead us closer to one another. It is a powerful tool and Good Girls could stand to wield it more wisely.

While the cast alone was enough to rope us into season one, no number of dramatic Hendrix monologues or graceful Retta tears can save Good Girls from the risk-averse world it currently lives in. With lots of unearthed potential lying just beneath the surface of this off-brand drama, there is still a chance for the show to grow into the honest, confident program we first thought it would be. If given a chance at season two, instead of hiding what’s around the corner, perhaps Good Girls can rise to the occasion, hold the truth up to our faces and compel us to respond.

Kara is a writer living in Los Angeles. Don't follow her on twitter, she literally never posts. @kcaranice

After Horrible Attacks on Christians in Nigeria, Trump Calls for Action