Netflix is bound and determined to get a live action version of Avatar: The Last Airbender off the ground, in hopes that a TV series can succeed where M. Night Shyamalan’s trainwreck failed. Three years after announcing they were on the case, the streaming giant has revealed its core cast and creative team.

Lost in Space‘s Gordon Cormier will star as 12-year-old Aang, the fun-loving master of all four elements. Anne With an E’s Kiawentiio will play the resourceful 14-year-old waterbender Katara, 13 Reasons Why‘s Ian Ousley will play her sardonic, insecure brother Sokka. And Dallas Liu, just about to make his own big screen debut in Shang-Chi and the Legend of the Ten Rings, will play Zuko, the ambitious, exiled prince of the Fire Nation. 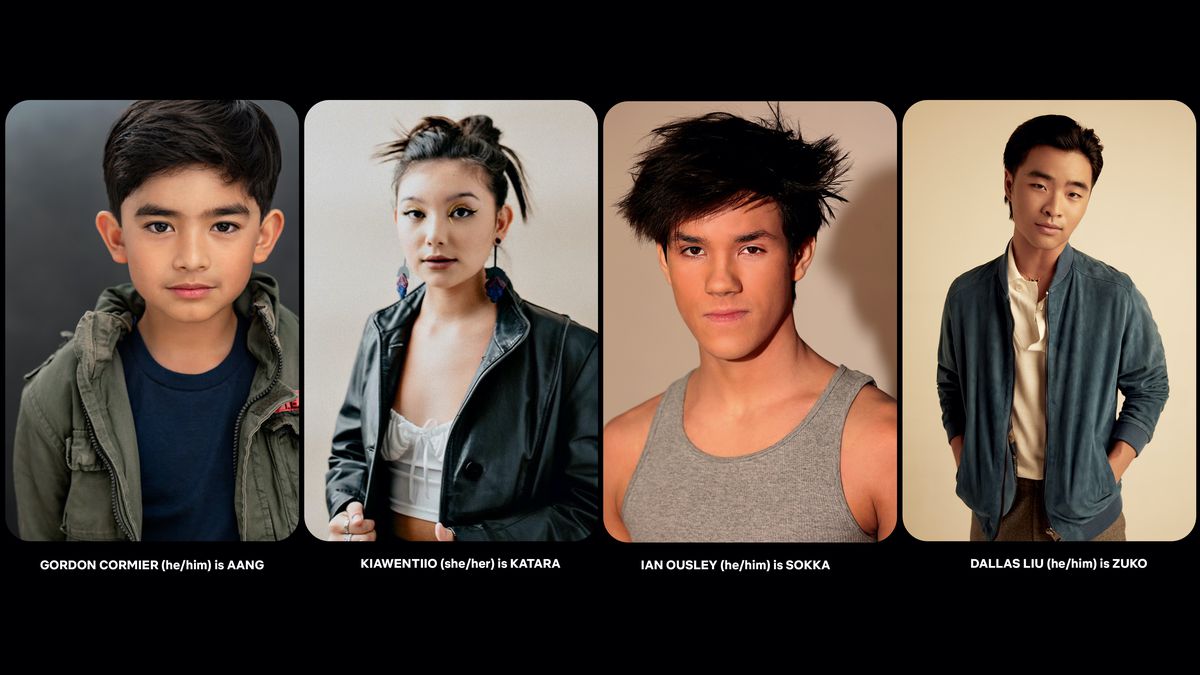 News that Avatar‘s live-action adaptation would be handled by the same creative duo who brought the animated series to life on Nickelodeon was met with cheers from fans. But Michael Dante DiMartino and Bryan Konietzko have since departed the series over creative differences, which doesn’t exactly bode well for this new iteration. Sleepy Hollow‘s Albert Kim is now acting as showrunner, with Dan Lin (The Lego Movie), Lindsey Liberatore (Walker) and Michael Goi (Swamp Thing) rounding out the executive producer team. Obviously, the show still could be good even without the original creative team, but questions remain over just what drove the DiMartino and Konietzko away.

“We’ll be expanding and growing the world, and there will be surprises for existing fans and those new to the tale,” Kim said in a blog post on Netflix. “But throughout this process, our byword has been ‘authenticity.’ To the story. To the characters. To the cultural influences. Authenticity is what keeps us going, both in front of the camera and behind it, which is why we’ve assembled a team unlike any seen before — a group of talented and passionate artists who are working around the clock to bring this rich and incredibly beautiful world to life.”

The original Avatar: The Last Airbender was a sharply crafted epic fantasy that followed Aang, Katara, Sokka and Zuko’s thrilling adventures to reunite the four nations in peace and harmony. It’s terrific entertainment, every bit as rewarding for kids as it is for adults as the show taught applicable life lessons to its audience, from faith and perseverance to friendship and empathy. The temptation to adapt such rich material is obviously strong, but Shyamalan’s ill-fated attempt showed how badly a great story can be mismanaged, and serve as pretty convincing evidence that sometimes a great story can be left alone. But hey, it’ll be interesting to see what the new cast comes up with.

One last fun easter egg for fans of The Last Airbender. In the original series, Prince Zuko was voiced by Dante Basco. Prior to Avatar, Basco was probably best known for playing the similarly ambitious, hot-headed Rufio in Steven Spielberg’s Hook. However, RELEVANT fans of a certain age may also remember him from Extreme Days, the 2001 faith-based movie about extreme sports with the TobyMac soundtrack.

Bianca Juarez Olthoff: Don’t Just Pray For People; Be the Answer to Their Prayers

We Don’t Know How to Rest