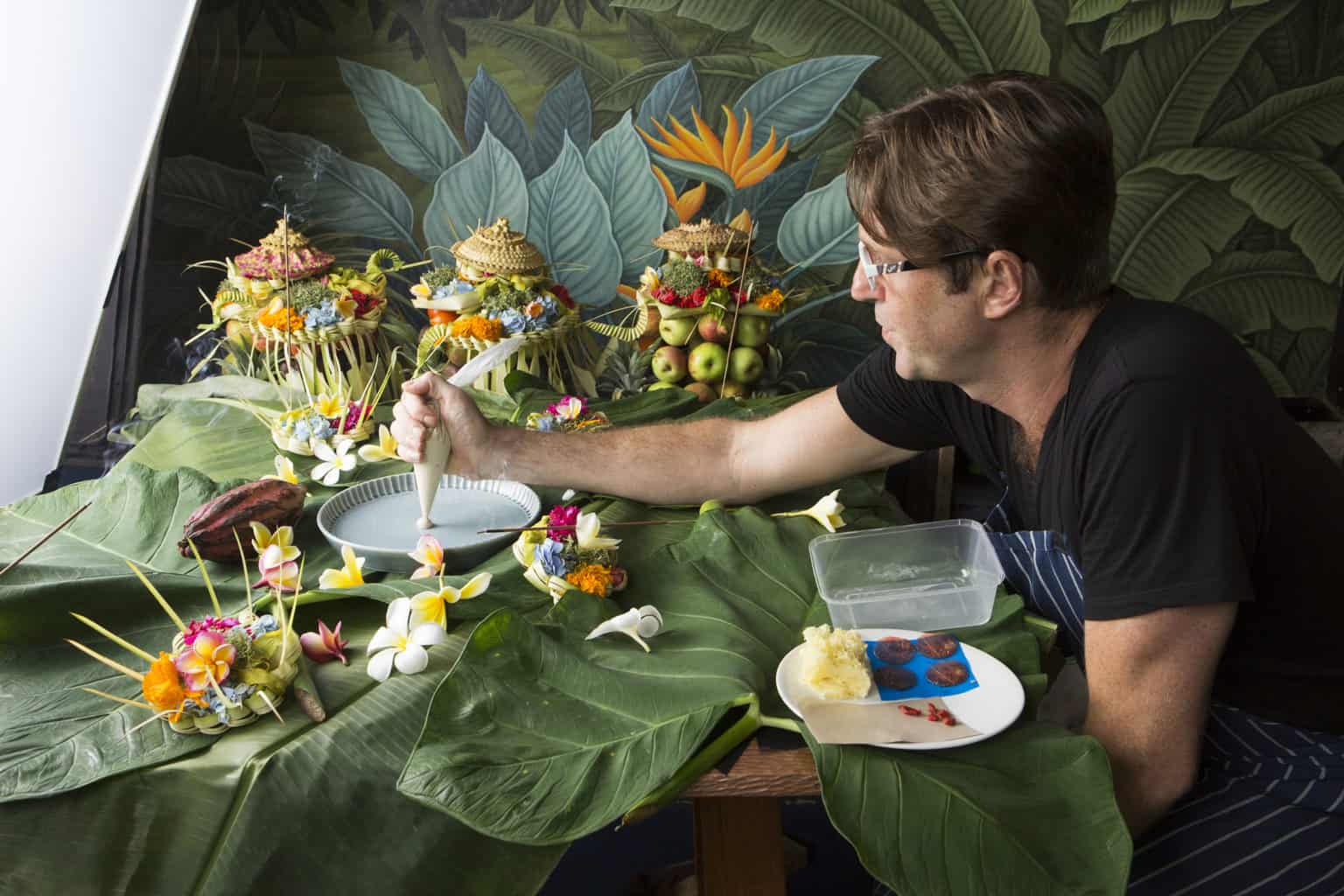 There’s something knowable and attainable about food. It’s an equalizer. Maybe that’s why so many magazine interviews are conducted over a meal, or why executives do lunch, or why Brad Pitt is shown scarfing down a burger in half his movies. Food is always on the level. On Netflix’s Chef’s Table, the Pastry iteration of which premieres April 13, food goes beyond this dynamic to become something new, expressive and astonishing. It’s not just life-sustaining; it’s life-changing, and that gives the show a perspective on food unique to anything else on television.

Chef’s Table focuses on some of the finest culinary minds in the world. Each episode of the series, which has covered everyone from farm-to-table innovators to Patagonia-bound woodsmen to, in Pastry, some of the most colorful dessert-makers around the world, serves as a short biography of a chef, taking you inside not only their culinary mind, but their creative mind in turn. For many subjects, those mental arenas are one and the same.

That blend of creativity and craft elevates cooking, in terms of the show, to high art. There’s a choreography to it, a design to it, a showmanship to it, a dense foundation of inspiration to it. Watching Chef’s Table is at times watching a ballet, an opera, or a church service. You might gasp. You might smile. You might cry. You’ll forget it’s a food show.

Chef’s Table has been criticized on occasion for treating its subjects like gods, and while the series certainly strikes a more, shall we say, reverent tone toward its subjects, that comparison accidentally reveals one of the profundities behind the show’s operating system: These chefs are creators in nearly every sense of the word, and that means they view food in a way that is above and beyond the norm. It’s a projection of their identity.

Cooking food is often a one-way transaction—the cook produces, and the consumer eats—and that bestows the act of cooking with a degree of social and moral value: It’s generous and sacrificial and, during seasons like the holidays, often loving. But Chef’s Table expands that notion by turning cooking into a two-way mechanism, in which the chef is so bound to the food itself that when someone else eats it, criticizes it, spits it out, or asks for seconds, that reaction feeds the chef as the giver in turn. In this way, the show is able to explore every aspect of what it means to create art, share it with the world, hear the world react, and respond.

Creation is taken for granted. You could read that as “the world is taken for granted” if you wish, but regardless of your framing, it’s true. There’s a reason for the cliche of the nature walk, when we allow ourselves to be struck anew by natural beauty. Our surroundings become normalized, and in many ways, it takes the heightened extravagance of a Chef’s Table to remind us that sometimes the ordinary is, in fact, extraordinary.

The show is at its best when it draws an illustration between a chef’s broader creative conflict with a specific dish they’re trying to perfect. Oftentimes, that creative breakthrough comes via a total reimagining of how that dish can manifest, like Grant Achatz’s apple balloon, or Will Goldfarb’s savory meringue. When the show brings these sequences to a climax with a final revealing shot of the plate, the effect is revelatory. Your brain lights up like you’re looking at the northern lights, or the Grand Canyon. It’s seeing the everyday—food—in a sense that is entirely special. Frankly, it’s awe-inspiring.

But it’s not a passive awe, which you might expect for a TV show. Rather, this sense of oh-my-goodness feels different because it’s about food, which again, is an equalizer. There’s something inherently accessible about it. These plates aren’t the Mona Lisa; they’re understandable. They’re not mysterious and they don’t feel like they’ve been birthed out of something secretive or impossible. It’s food. It’s natural. The answer was there the entire time, it just took the right person to draw it out.

Trailer: ‘Marcel the Shell With Shoes On’ Makes His Tiny Bid for Prestige Indie Cinema

And that makes Chef’s Table, paradoxically, a participatory experience. There’s always a feeling like you can attain what’s on the screen, if not in a “try this at home” sense, certainly in a “I could experience that” sense. In simpler, less writer-y terms: You can eat it. There’s almost no act more human, grounded, and simple than that. You can put it in your mouth and eat it, no matter how beautiful or unexpected it is.

Chef’s Table, then, has the ability to expand your worldview. If you can participate in something this artistic and masterful, you’re free to engage with creation across the board with more possibility and reality in mind. Creation isn’t just something that exists around us; it’s something we play a part in. You can add, subtract, reverse, or transform it. It’s an inspiring thought, but one loaded with responsibility, too.

Chef’s Table takes one of our simplest urges and elevates it to an art form, but it doesn’t forget to lift us up alongside the chefs. We might never be on the same side of the table as these creators, but we’re still at the same table, and that’s an enlightening, empowering invitation.

Cardi B Responds to Fans Who Criticized Her For Being Pregnant