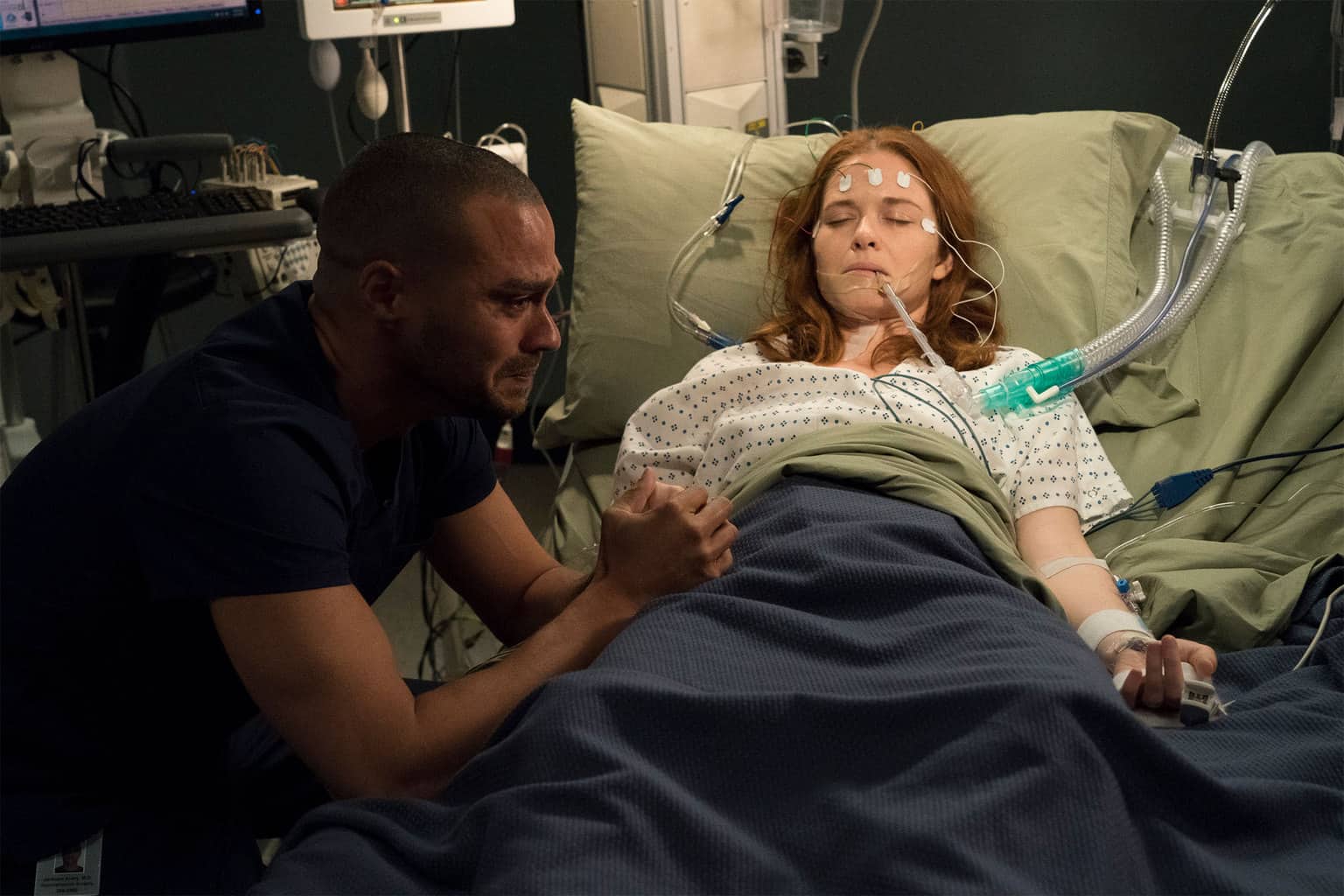 It takes a lot of character development for someone annoying, neurotic and naive to become someone driven, kind, respected and successful. It’s hard work, but that’s what April Kepner, Grey’s Anatomy’s resident redhead, did in her nearly 10-year run on the show. The season 14 finale of ABC’s never-ending hit drama airs Thursday, and viewers will say goodbye to April, one of primetime’s only strong examples of a devout Christian character.

Since her introduction in season six, April has represented faith and Christianity on a show known for closet hookups and steadfast atheism. Fans have hated her, loved her, grieved for her and watched her change more than arguably anyone else at Grey Sloan. She’s struggled with purity, lost a child and even weathered a crisis of faith.

A few months ago, Shonda Rhimes told us April Kepner, played by actress Sarah Drew, would be written off Grey’s Anatomy. It was a blow for fans everywhere, and Shonda articulated why in a statement: The devout Christian community is underrepresented on TV. We should all mourn the loss of a character that added to the program’s diversity and scope.

ABC hinted Kepner would make her exit in May 10th’s episode, thanks to a fatal accident. Sure enough, April showed up to the ER in an ambulance, hypothermic and with no pulse (that’s Grey’s for you), but in a surprising turn, she made it through. What’s more, as everyone fights to save April, they start to think about what it would mean to lose her, and the audience does, too. In the face of certain death, April’s legacy emerges both as a character on the show and as a personality on TV: perseverance and faith in the face of adversity. It’s one we should all strive for.

After the surgeries, all the main characters wait by April’s bed for a pulse. Her baby daddy and atheist ex-husband Jackson Avery holds her hand, and Dr. Owen Hunt asks that everyone pray for her. “I don’t care how you do it or who you do it to, but April would want us to pray for her,” he says. A room full of doctors bow their heads.

This scene is the epitome of who April is and how she’s represented Christianity on television. Grey’s Anatomy often scoffs at faith in a higher power, but April is always strong. She persists through trials, and it has a Christ-like influence on those around her. At the same time, it’s not perfect because we’re not expected to be, either.

The actress Sarah Drew had a huge influence on defining the personality of April. She said she in no way represents all Christians, but when Rhimes and the other writers met her, they were so inspired by her relationship with the Lord that they asked her to help shape the character into a portrayal of an authentic Christian. “I think in the media, Christians are the butt of every joke, or portrayed running around condemning everyone to hell,” she said in an interview. “I want to be able to show someone who thinks deeply and cares for people and actually tries to live out who Jesus is.”

And that’s who April is every step of the way. She’s not a preachy character like other so-called  devout Christians on TV. Angela Martin from NBC’s The Office, for example, is a grumpy, judgmental “Christian” who has casual sex herself but calls other people whores for wearing open-toed shoes. That’s typical for TV Christians—hypocritical, judgmental and a joke. April, on the other hand, communicates what she believes about Jesus by showing grace to others and herself.

Toward the beginning of season 14, she has a crisis of faith over the death of a patient, and as she starts to doubt God’s goodness, she turns to partying and meaningless sex. But instead of Grey’s using this arc as a way for her character to renounce religion, April finds her faith again. It’s a reminder that no one is perfect and we all struggle with doubt, but we can never stray so far that we can’t return to the Lord. It’s not picture-perfect Christianity, but that’s the point of April. She’s like us—just doing her best.

On Thursday, we’ll find out why and how Kepner is leaving Grey Sloan, but in the end, she’s set a precedent of faith. It’s a serious accomplishment in a place full of atheist doctors and constant catastrophe. This show is fictional and dramatized, but it’s kept millions of viewers entertained for over a decade, and it offers up a character unique to other shows. April personifies what it means to be a devout Christ follower in the real world, not just on TV.

April is an example of the life we should all strive to lead. Her references to the Bible, her purity and her strength as a surgeon all point to the grace of God throughout her run on the show. There are many parts of Grey’s that don’t align with a Christian lifestyle, but April Kepner does. As her time on the show closes, we’re left not only with the example she’s been to the fictional characters around her, but also to those of us watching. It was hard at times to find someone relatable amid the drama, sex and operating room time of Grey’s Anatomy, but Sarah Drew’s representation of Christianity on TV will be remembered for giving a voice to those striving to follow Christ at home.

8 Pictures That Prove Church Signs Are the Original Dad Jokes