The executives at ABC have proved they know a good thing when they see it and have renewed their surprise hit Abbott Elementary for a second season. It’s not exactly a surprise, but it is good news, since Abbott Elementary has proved to be one of the smartest, funniest, sweetest new sitcoms in recent memory. It’s been the network’s highest rated new show since Modern Family‘s first season, so it’s a bonafide hit in addition to just being a great, great show.

For the uninitiated, Abbott Elementary was created by Quinta Brunson, who also stars as Janine Teagues, an eager beaver schoolteacher at a low-income Philadelphia elementary school. She and her colleagues are varying degrees of enthusiastic and competent, but they’ve all got the kids’ best interests at heart. Well, maybe not Ava Coleman, the self-obsessed and slightly tone deaf principal who is in the running for the funniest character on network television right now. She’s the one who delivered the second season announcement. 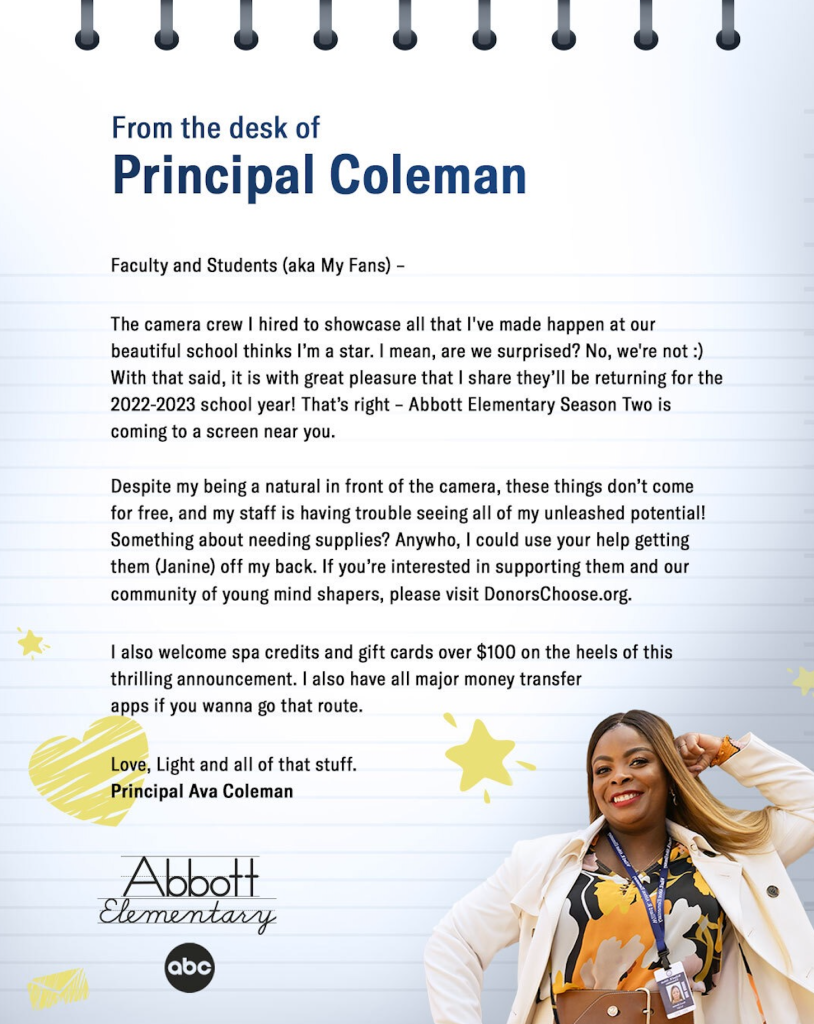 By the way, that’s a real website up there, and you can donate to help get school supplies into the hands of teachers who need them. Brunson decided to donate network money allocated for marketing to real teachers struggling to provide for their classrooms.

“We chose to put the marketing money toward supplies for teachers,” Brunson told Fresh Air. “It’s about being able to make those kinds of decisions that really excite me, things that can really materially help people.”