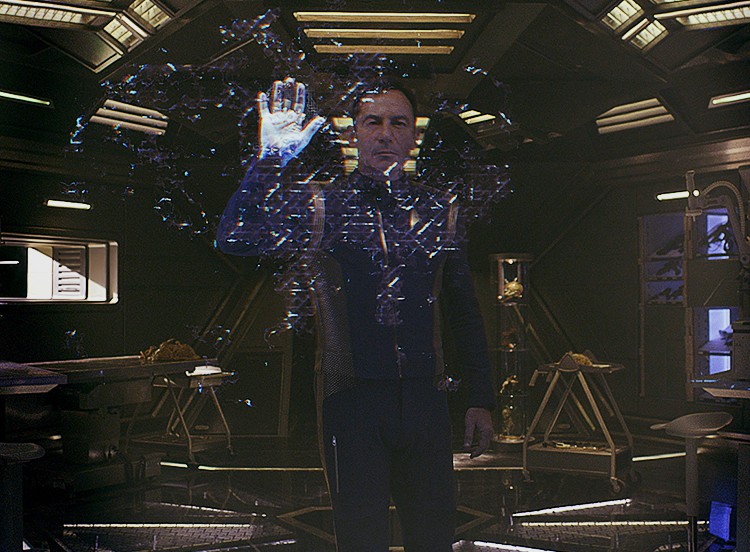 Star Trek is not cool. The fact that Star Trek Discovery, the latest offering of the 51-year-old franchise is the property of CBS, a network which looks like its audience is a median 104 years old, doesn’t help matters.

While Marvel and comic book culture have crossed over to the mainstream, Star Trek still conjures up conventions of superfan 40-something men who seriously lag in the social skills department.

Today, it’s taken for granted that almost every show will present a larger plot arc that grows season to season. But those of us who grew up in the ’90s remember a time when dramas were based on pretty Californians with money and problems, pretty doctors with medical and personal problems and endless hours of cops solving more or less the same murder. The characters didn’t grow, the shows didn’t go anywhere. Compare that to the current era where even Bojack Horseman, the animated Netflix series about a beer swilling horse who’s a has-been in show business, regularly engages in themes around depression, drug addiction and loneliness.

But TV didn’t go from stupid to smart in an instant. Series like Friends, The X-Files, Twin Peaks and Star Trek showed us the medium could be about more than just turning your brain off with the same repetitive nonsense.

When Star Trek Discovery debuted last night, the show had a monster set of sci-fi shoes to fill, a legacy that includes bold statements on everything from racial equality to international relations during The Cold War.

FROM “COWBOYS IN SPACE” TO “WATCHFUL DRAGONS”

If you’ve never seen the original Star Trek, you probably don’t know that the original series, which aired during the turbulence of the late 1960s, was designed to be veiled social commentary from the get-go.

Creator Gene Roddenberry leveraged the Western craze to pitch the show as “Cowboys in Space” to get Star Trek on the air. But behind the scenes, Roddenberry directed his writing staff in a very different direction. Original series lead James. T. Kirk (pop culture icon William Shatner) was a functional stand in for John F. Kennedy during the Cold War as the crew of the U.S.S. Enterprise, galactic hopping explorers who charted undiscovered corners of the galaxy, were meant to represent classic American liberalism.

TV’s first interracial kiss happened between Captain Kirk and his African-American communications officer in 1968, a move that NBC debated heavily out of fear of being dropped by Southern affiliates. Over the course of three seasons, the crew also questioned American Imperialism when the crew arms a group of vulnerable primitive aliens with flintlock rifles, possibly sparking generations of conflict, and one cast member even references botched foreign policy “of the early 20th century.” With only a three-season run, it’s amazing how many heavy topics the original series takes on, from xenophobia and isolationism to Civil Rights.

This was the era where JFK, Malcolm X, Bobby Kennedy and Martin Luther King Jr. were all assassinated in less than five years, and riots were almost commonplace. At a time of of such extreme tension and conflict, Star Trek got away with pushing the audience toward uncomfortable topics because the setting invoked fantasy rather than reality.

As C.S. Lewis famously put it, fiction is a way to “steal past the watchful dragons” in our lives. Throughout the last five decades, Star Trek has done this brilliantly. On a Monday when we’re all waking up to a country where the president and NFL players have become sworn enemies in less than a week, one thing that can be said for certain is that very few minds have been changed over this exchange.

Trump’s comments fired up his base, and the NFL counterprotests have whipped up the anti-Trump crowd into a frenzy. For those somewhere in between, it’s another step in the politicization of everything. TV, movies, sports and music used to be common ground for the average American to connect with neighbors and friends over. Today, you can’t even invite the neighbor over for Sunday football and pizza without expecting difficult conversations about politics and race to be forced upon you.

Which is why we need smart TV more than ever, because fiction in all forms still steals past the watchful dragons of our own presuppositions and prejudices and helps us look at the world in a different light.

Make no mistake, Star Trek Discovery is out to continue the brand’s legacy of dealing with weighty topics. But rather than being a pushing a conservative viewpoint or a liberal one, Discovery takes a third road toward something that will likely leave viewers of all political stripes nodding in agreement and feeling uncomfortable a la Southpark, which seeks to skewer the full spectrum with its often offensive humor.

That’s not to say that Discovery is trying to be funny. The show is led by Sonequa Martin-Green, who brought boatloads of gravitas to The Walking Dead. Like Walking Dead, Discovery starts off at a very grave place, with war ready to break out between the good guys and the notorious war-minded race of Klingon aliens.

As the humans decide whether or not to strike pre-emptively, the conversation revolves around not confusing race and culture. It’s not too hard to draw a line from that scene to both ISIS and North Korea.

“The allegory is that we really started working on the show in earnest around the time the election was happening,” showrunner Aaron Harberts told Entertainment Weekly.

The Klingons are going to help us really look at certain sides of ourselves and our country. Isolationism is a big theme. Racial purity is a big theme. The Klingons are not the enemy, but they do have a different view on things. It raises big questions: Should we let people in? Do we want to change? There’s also the question of just because you reach your hand out to someone, do they have to take it? Sometimes, they don’t want to take it. It’s been interesting to see how the times have become more of a mirror than we even thought they were going to be.

It’s worth noting that the first two episodes do not show Discovery’s hand on what the show will ultimately say about life and politics in 2017 America, but CBS is betting you’ll pay to find out. Discovery is the flagship offering of CBS All Access, a new streaming service that’s $6 per month to stream virtually every show the network has created over the last few decades.

Which means that the people who need this show the most may not ever get to it. Discovery may just be an echo chamber for longtime fans of the franchise. But here’s to hoping it’s more than that, because a show that pushes us to consider the viewpoints of another is a show that makes us all better neighbors, citizens and friends.

The Puritans who settled in the American colonies lived by an idea that time was not to be used or wasted, but rather redeemed. A show that’s blockbuster-budget beautiful while lowering our mental defenses to be open to new ideas is certainly time redeemed. We all need to be making decisions that help us step toward people who don’t share our viewpoints, and Star Trek Discovery may be a small part of that journey.

Science: Both Good and Bad Moods Are Contagious

Meet the Couple Who Got Married at a Costco