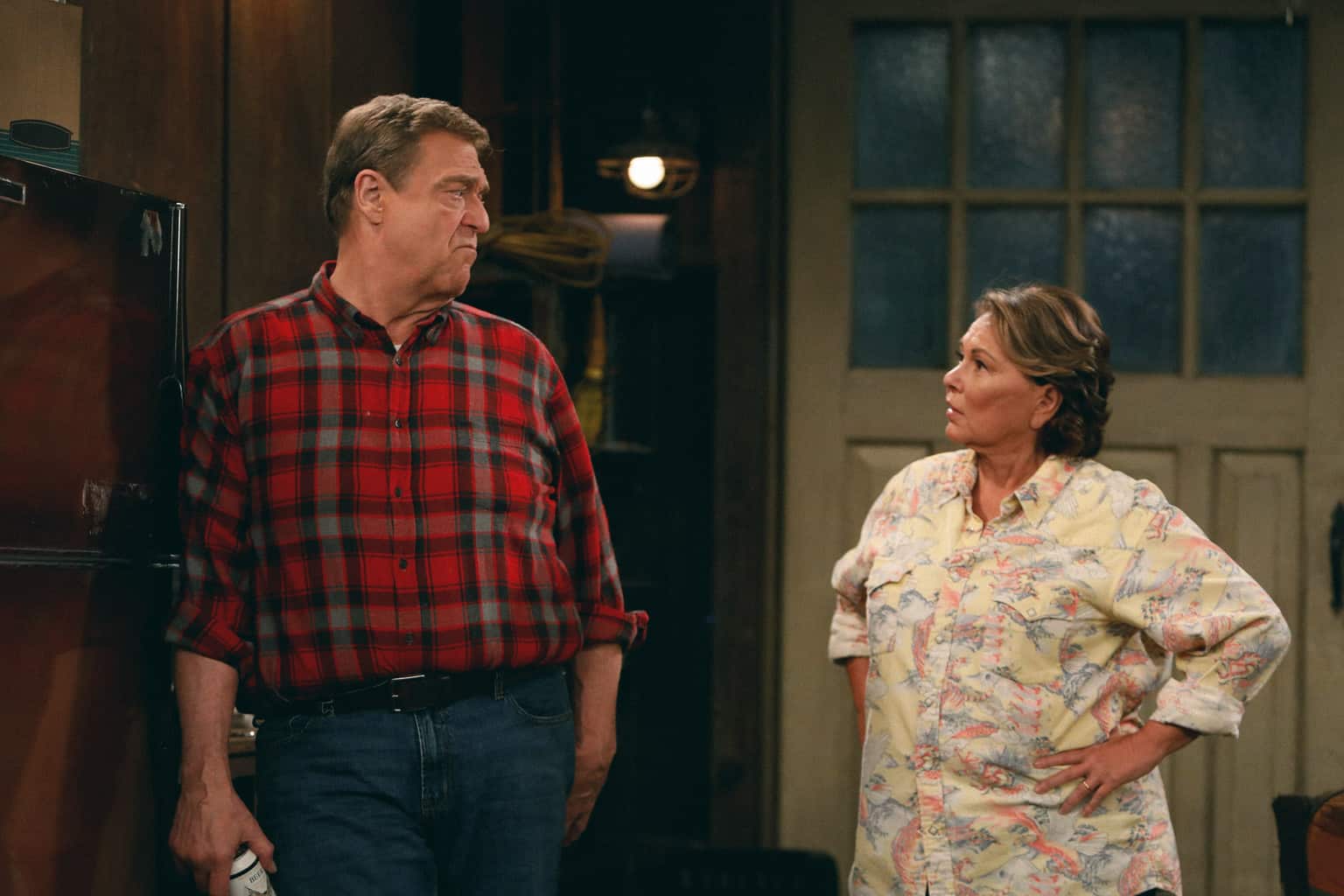 During the 2016 election, Americans were divided over everything from trade policy to “fake news,” and the rift extended into entertainment. Some Trump voters turned off the NFL over Colin Kaepernick’s national anthem protest, and some liberals retreated back into the left-leaning perspectives of prestige cable.

But the viewing differences between red and blue states didn’t stop there. According to The Chicago Tribune, liberals and conservatives don’t watch the same TV shows except The Walking Dead and Big Bang Theory. TV isn’t always a safe topic at the corporate mixer or backyard cookout anymore; it’s turning political.

On Tuesday night, ABC will attempt to bring Americans of both political stripes to the (scratched, worn and dated) kitchen table of their Roseanne reboot. The revival is not playing cute. The premiere opens with two characters standing nose to nose in a full-on politically-charged shouting match. You might be offended. Maybe that’s the point.

To say the new Roseanne focuses on the way America—all of America—views the Trump administration would be an understatement. Those tensions are the ever-present factors driving the plot along. They manifested behind the scenes, too.

Executive producer Whitney Cummings (Two Broke Girls, Whitney) told the Philadelphia Inquirer: “I surround myself with people who agree with me, and I’m sort of only seeing my point of view. I realized one day as I was tweeting out my thoughts, no one was disagreeing with me. That can’t be good. I thought it’d be interesting to participate in something where I didn’t agree with every point of view.”

Roseanne swings for the fences. The reboot aims for the same broad lane that Friends, The Office and Parks and Rec rode to both commercial and critical acclaim. That approach leads to a mixed bag out of the gate—the show switches on a dime between hilarious and heartbreaking, and that undercuts a few of the jokes—but to be fair, almost every new show (or reboot) has rocky moments early on. When Roseanne is firing on all cylinders, there’s a decent argument it could become the ratings juggernaut that made the original show culturally iconic.

The first 10 minutes of the new Roseanne might be shown in college courses decades from now. They’re the perfect microcosm of 2018 America. But even in its tensest, boldest moments, the show manages to be both thought-provoking and gut-busting funny.

Roseanne Barr (a passionate Trump supporter on screen and in reality) hasn’t been dulled in the least in the decades away from prime time. She’s among the sharpest, most unexpected comedians of the last 40 years, and no other actor could bring this degree of candor to sparring over “The Donald.”

Even if you’re not one for network sitcoms, there’s a reason to root for Roseanne to break beyond the typical audiences for laugh-track shows. The Connor family may hurl cutting insults in rapid succession, but you see the painful consequences of those comments, too. To put it another way, Roseanne is likely an accurate reflection of your own family gatherings, because it acknowledges the genuine hurt that’s come from the past two years of political disagreements.

Roseanne took home a Peabody Award in 1992 for “Excellence in Television Broadcasting.” It was as much a success with critics as it was with viewers—if you’re too young to remember, note that this used to be the most popular show in America—and it leveraged that success to break new ground in television.

For one, Roseanne was first to tell its story through the eyes of a working mother rather than pushing that character to the peripherals of the cast. The real-life Roseanne Barr has both a brother and a sister who are gay, and she’d include non-denigrating gay characters on the sitcom’s growing cultural platform.

The reboot continues to express those progressive tendences. Middle daughter (and single mother) Darlene has returned to her parent’s house after losing her job and running out of options. Her 9-year-old son Mark enjoys wearing girl’s clothing, despite being neither gay nor transgender.

Rather than a punchline, Mark and his unusual outfits are accepted (though not without question) by his grandparents. Roseanne and her husband Dan actually worry Mark will be bullied or beat up in their blue-collar Lanford community. In one of the most touching scenes of the new season, Dan and Mark play a game of backyard basketball while Mark wears a plaid skirt.

Those aren’t the only weighty themes tackled in the new Roseanne, either. The show can still turn down the laughs to look at everything from rising health care costs to the opioid crisis. It’s a gutsy undertaking, but it makes Roseanne, incredibly, a “right now” show.

Roseanne hefts the full weight of the 2018 political divide in a way that’s real, but still funny enough to keep millions entertained. More importantly, the show packs enough sharp turns to force us to admit our own ideological blind spots. It doesn’t matter if you’re too young to remember the original series, because Roseanne is very much attempting to be a modern sitcom. Its key distinction: It entertains, and appeals to, both sides of the aisle.

Here’s to hoping the show takes off. Roseanne is the only series in production that dares to remind us that no matter what happened at the ballot box, family doesn’t stop.

Searching for the Image of God in the Age of Selfies