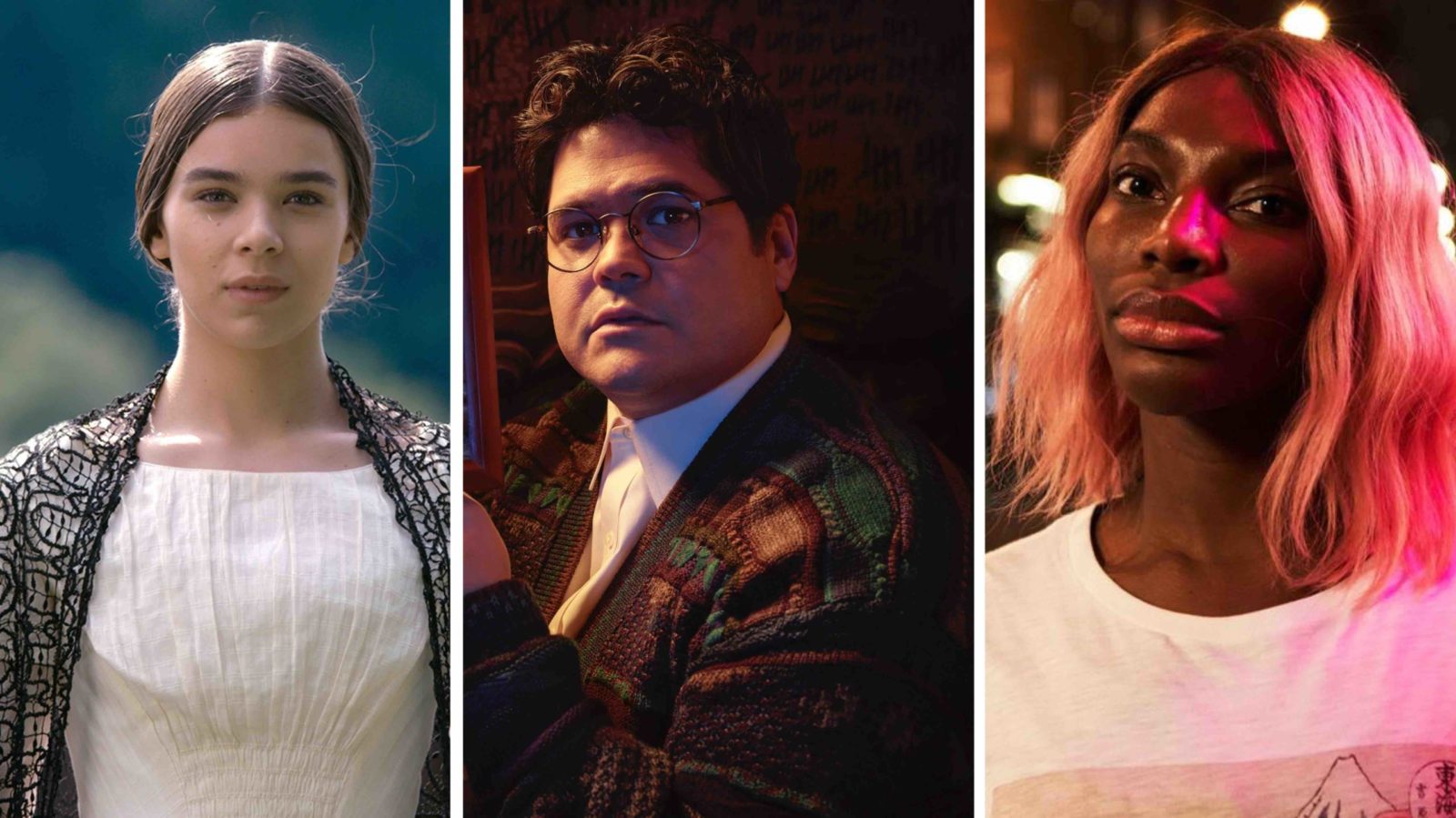 Given the general tone of 2020, you could be forgiven for not loving the summer so far. You can’t really go out (or, at least, you shouldn’t be). You can’t stop checking Twitter (even though you should be). Even Zoom hangs are getting a little old

So you’re probably turning to TV, one of the few safe activities left to us in this year. But where to begin? There’s just too much good stuff out there and, frankly, you’re getting tired of wading through the mediocre material to get to this supposed “Golden Era of TV” you keep hearing about.

Never fear. We’ve put together a summer binge guide to help you choose what to watch next. This isn’t an exhaustive list of all the good shows you can find right now — that’d be impossible — but consider it a helpful look at some recent additions to various streaming services that might be of note and, at the very least, will help you survive the summer.

Please note some of the trailers may feature some mild profanity.

Down to Earth with Zac Efron (Netflix)

A travel show with your host Zac Efron? A novel concept, which means your love of this globe-trotting exploration of the world’s various countries and the people who live in them will probably hinge on your feelings about your host. Fortunately, Efron has a knack for the genre of if quarantine’s got you feeling cooped up, living vicariously through his travels is one possible antidote

This harrowing look at the gymnasts who spoke up about the abuse they endured at the hands of Dr. Larry Nassar and the subsequent attempts to report on the coverup is riveting, vital viewing that exposes just how difficult it can be for victims of abuse to find justice when powerful institutions are determined not to give it to them.

As one half of Run the Jewels, Killer Mike is responsible for most of the most urgent music being made in 2020. As host of Trigger Warning, he puts his curiosity to work in interesting ways — taking aim at some of America’s most sacred cows.

This six-part look at the Navarro College Bulldogs Cheer Team from Corsicana, Texas is a real-life Friday Night Lights story come to life — one that follows the drama, agony and elation of a cheer squad that will have you yelling and weeping throughout.

Food shows are a dime a dozen on streaming services, but not many of them have Street Food‘s curious eye — nor its knack for using food as a leverage to bigger, beautiful stories about culture, history, family, politics, religion — really just the whole human experience. Watching Street Food doesn’t just show you different sides of the world, it shows you new worlds within the people making the food.

The story of Emily Dickinson gets a spunky, snotnosed upgrade with a delightfully eccentric cast and one of the best soundtracks on TV right now. Come for Haley Steinfeld as our heroine. Stay for Wiz Khalifa as Death.

What started out as “Jason Bateman’s version of Breaking Bad” has turned out to be a far more interesting affair, as the Byrde family’s unfortunate spiral into a life of crime has not only met with violence, betrayal and loss, but almost moments of profound love, tenderness and redemption.

The show must go on, even on lockdown. To keep things moving, Netflix asked filmmakers all over the world to shoot quarantine movies — observing social distancing guidelines throughout. The result is Homemade, which features entries from the likes of Paolo Sorrentino, Kristen Stewart, and Ana Lily Amirpour. The novelty of the project is obvious, but the quality is surprisingly strong.

I May Destroy You (HBO Max)

Michaela Coel’s series based her real-life experience as a victim of sexual assault is fearless, frank and provocative, delving into some extremely troubling experiences and the extremely tragic aftermaths. Objectionable content abounds, but the story brings to light a story rarely told and does so with candor, verve and power.

Apple TV+’s first major drama feels like a bit of a throwback to the prestige dramas of the ’00s, featuring a normal-seeming family grappling with rollin revelations of dark secrets. It could all feel a little “been there” except for Michelle Dockery and Chris Evans, who elevate their every scene, and J.K. Simmons who may well get awards attention come Emmy season.

One of the most irritating reviews anyone can give a TV show is “give it a few episodes,” and we don’t want to be irritating. But Morning Show does kick off a little too earnest and plastic for its own good before slowly settling in to something much more unexpected than its set up would lead you to believe. Reese Witherspoon, Jennifer Anniston and Steve Carell settle into a groove and the script finds some unexpected nuances. Give it a few episodes.

Apple TV+’s best offering so far is Kumail Nanjiani and Alan Yang’s exploration of immigrant stories in America — taking true stories of first-generation immigrants and turning them into a series of episodes. Some are funny. Some are sad. Some are enraging. Some are inspiring. Most are some combination of all these things, and all of them paint a richer picture of American life than TV usually gives. A phenomenal series.

Celeste Ng’s 2017 bestseller was begging for an adaptation and it got a great one courtesy of Hulu, which keeps the novel’s focus on American motherhood and adds terrific performances from Kerry Washington and Reese Witherspoon.

Rob McElhenney’s first TV foray outside of Always Sunny is this very good, very funny look at the offices of a frenzied video game design studio that has much more drama going on among its employees than there is in the gameplay. No show on TV has energy quite like Mythic Quest.

The show has received more recent publicity from Kristen Bell publicly backing away from voicing Molly — a young mixed-race teenager. That was a good move, but Central Park has lots of engaging, very funny stuff going on that make it well worth recommending. It’s another winning series from Loren Bouchard, who already found great success with Bob’s Burgers.

What We Do in the Shadows (Hulu)

Taika Waititi’s achingly hilarious vampire mockumentary didn’t necessarily scream “movie adaptation” but the result is better than fans could have dreamed — featuring a note-perfect cast of vampires trying and mostly failing to blend into American life and an endless deluge of gags both dry and otherwise that make it one of the best comedies on air right now.

HBO Max has resurrected this deliciously dark comedy starring Alia Shawkat, which features a group of friends reuniting to look for their missing college acquaintance. On paper, the show reads like a crime procedural. But in practice, it’s a razor-sharp satire of millennial culture.

The best reason to watch this show remains the dynamite interplay of Rachel Brosnahan and Alex Borstein, whose mastery of crackling dialog can feel like watching a dance. But the transportive period sets and the pointed look at a wide range of mid-century issues (immigration, labor practices, women’s rights and Jewish identity) remain as insightful as ever.

Netflix’s interactive features can often feel like they’re a little too ahead of their time, getting so focused on the gimmick that the story feels like an afterthought. But The Unbreakable Kimmy Schmidt: Kimmy VS The Reverend dodges this liability with the show’s usual flare, some great gags and the sweet, affirming humanity that has made it such a treat over the course of three seasons.

The reality show that spun the dating format on its head by taking the main focus of most dating shows — physical appearance – from the equation. The result is a surprisingly insightful and occasionally moving reflection on romance.

Reality TV is at its best when it actually interrogates the wealth and influence it so often depicts. Selling Sunset is savvier about it than most, putting the Los Angeles real estate industry under an uncomfortable microscope that reveals just how little happiness money actually can buy.

Fans of Top Gear looking for some sort of summer respite ought to give this British spin on motoring a shot, which is in a consistently great gear thanks to the dry humor of Jeremy Clarkson, Richard Hammond and James May.

The rare dating show that actually feels like it captures the spirit of dating, Dating Around follows one single person on a series of first dates and, thanks to some thoughtful editing and an inclusive cast, injects some real romance into the proceedings. The drama feels innate and organic instead of manufactured and mandated, and the emphasis is on the sweet moments instead of scandalous or salacious ones.

The first reality show that feels like a true product of the new era, The Circle is a show about its titular social media platform in which contestants don’t meet — they just interact with each other online. The communities, betrayals, friendships and romances that form feel much more peak 2020 than what you see on most shows and everyone’s attempts to create a winsome online brand feels way too close to our day-to-day social media interactions for comfort.

Nickelodeon’s classic is finally available to stream and with it, the opportunity to enjoy one of the best pieces of storytelling in any genre, for any age group. Kids will love getting to know Aang, Kora and the gang’s quest to save the world from the Fire Kingdom, and adults will marvel at the show’s dazzling storytelling.