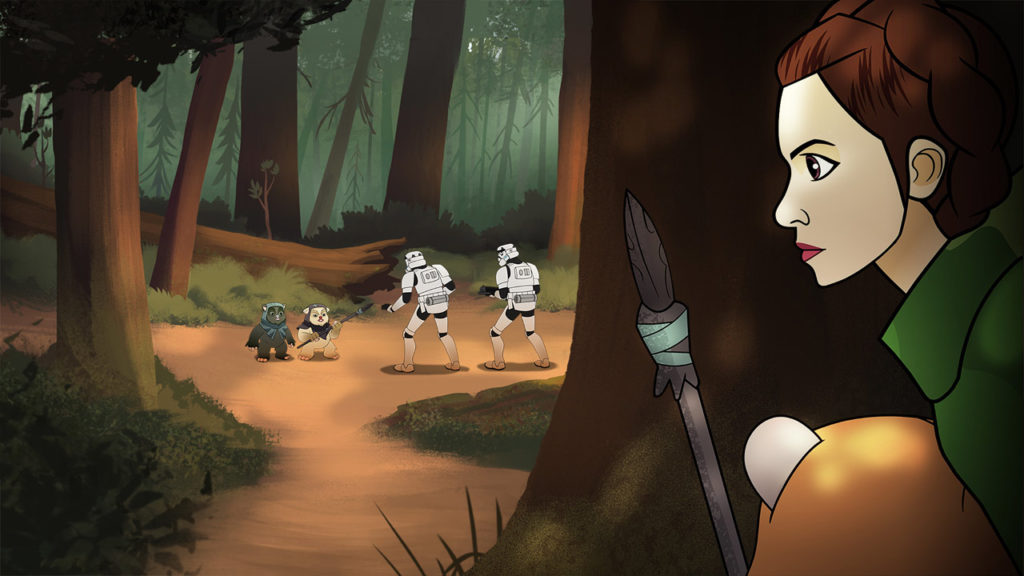 Disney has announced plans to launch a new series of Star Wars animated shorts on its YouTube channel called Forces of Destiny. Each episode will be a couple minutes long and take a deeper dive into the ongoing stories and adventures of some of the most iconic female characters from a long time ago and a galaxy far, far away. They’ve even wrangled up some of the big name talent from the movies like Daisy Ridley, Felicity Jones and Lupita Nyong’o to lend their voices to the shorts. Here’s a brief sneak peak:

As i09 notes, Natalie Portman’s Padme Amidala isn’t mentioned by name, but she’ll apparently make an appearance too at some point down the road, which shouldn’t surprise anyone. The new generation of younger Star Wars fans likes those prequels a whole lot more than audiences did when The Phantom Menace first dropped in 1999.

The series will launch in July, with a two-part TV special on the Disney Channel this fall and a new line of toys to boot.

What’s Behind the Horrific Christian Persecution in Egypt?