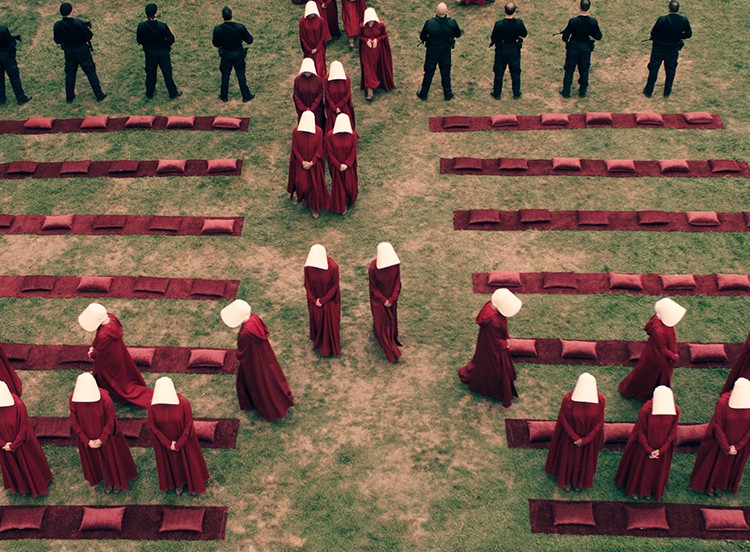 For Christians, The Handmaid’s Tale might be the most difficult show to watch on television right now. And that’s probably a good thing.

Early episodes of The Handmaid’s Tale waste no time in establishing the alternate reality of its own world, first conceived by Margaret Atwood in her 1985 novel of the same name.

At its core, the show is about the aftermath of a violent political coup in America that ushers in an extremist theocracy rooted in relentless misogyny justified by various tenets of fundamentalist Christianity.

At that point, it can be easy for Christians to tune out completely.

They might wonder if it’s worth paying attention to a show that supposedly props up their evangelical worldview as a straw man, no matter the excellent performances and compelling narrative. And that would be defensible if this were truly the case with Handmaid’s Tale, a show that despite its flaws is one of the most important pieces of fiction for age-appropriate Americans to watch, especially those who consider themselves religious.

Understanding The Handmaid’s Tale and what it sets out to accomplish requires a deeper look at the circumstances of its dystopian world.

The show makes it quite clear why the militant theocracy known as the “Sons of Jacob” comes about in the first place. For undefined reasons, women have stopped getting pregnant. Out of desperation, a segment of the American people turn to an extremist group that promises to fix this problem. Preying on their fears and utilizing totalitarian dogma, the Sons of Jacob distort Biblical teachings in order to explain why the world faces an infertility crisis, pinning it on modern sexuality. After achieving power, they promptly enforce their own solution.

We learn this information from the perspective of a handmaid played by Elizabeth Moss. Because she has successfully had a child in the past, the Sons of Jacob have coerced her and many others into sexual slavery with a prominent diplomat who ritually rapes her.

As the name “Sons of Jacob” implies, this is an effort to simulate a story from the Bible in a drastically different context, and Genesis 30:1-3 is even recited as these women are forced to bear children on the knees of the men’s wives.

Eventually, it’s alluded that while women are assigned the blame for their own infertility by these men, there’s more evidence to suggest that it is indeed the men who have become sterile.

The Handmaid’s Tale is not a subtle show, and a prominent criticism is that it often front-loads its message at the expense of the story and plot.

Still, the show is designed to shock its viewers with distressing imagery and haunting performances. It doesn’t necessarily point a finger at specific theology and attack the basis of religion itself, though that’s not a hard conclusion to draw for many viewers. It instead shows us the horrors of how religions of any kind can be twisted to suit the needs of powerful oppressors.

Atwood originally intended the Sons of Jacob to be fashioned after the Islamic Republic theocracy of the early ’80s, and the inherent lesson carries over to Christians and Muslims today.

What lengths can we go to justify our actions when they’re informed by our beliefs? When faced with seemingly insurmountable problems, who do we put our faith in? Will American Christians allow hateful groups to rise and flourish for the sake of change deemed absolutely necessary? Addressing this question is one of the true messages of The Handmaid’s Tale, and it’s one that couldn’t have come at a more poignant time.

The Surprising Way to Attack the American Food Desert Crisis