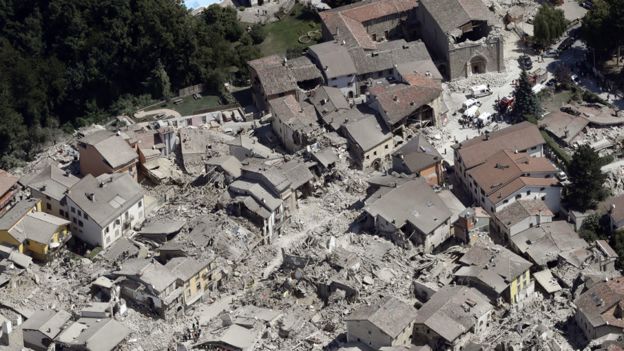 Earlier today, a 5.5-magnitude earthquake hit Central Italy near its Macerata province. Then, just two hours later, a 6.1-magnitude quake happened not too far from the same area.

And this all is less than 50 miles from the deadly earthquake in Amatrice that killed nearly 300 people in August.

The U.S. Geological Survey has not reported any deaths yet and says the situation is still being assessed.

The mayor of a small town near the epicenter says that while they haven’t reported deaths, they’re also without power and can’t make any definitive determinations yet.

The vibrations of the earthquakes could be felt in Rome, about 110 miles away.

We’ll update this post as more information is available.

‘God Particle’ Is the Next Movie in the Cloverfield Universe