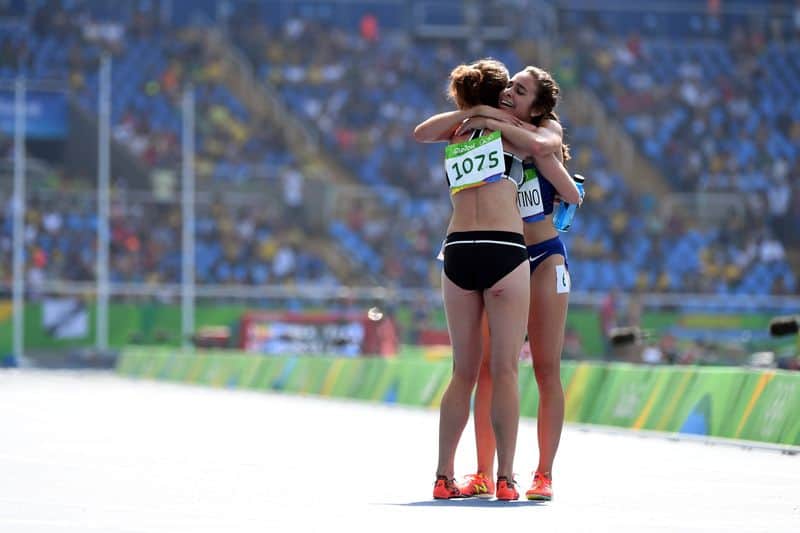 Two Olympians competing in the 5000-meter race showed the spirit of the Olympics and sportsmanship during the qualifying round of the race today.

Nikki Hamblin of New Zealand and Abbey D’Agostino of the US were about a third of the way into the 3.1-mile competition when D’Agostino fell running in a group of athletes. As she fell, she clipped the heel of Hamblin, who was in front of her, causing Hamblin to fall as well.

In the ultimate show of sportsmanship, D’Agostino helped Hamblin to her feet and they tried to catch up with the pack.

Hamblin said of D’Agostino: “I am so grateful to Abbey for doing that for me. That girl is the Olympic spirit right there. I am so impressed and inspired. I had never met her, isn’t that so amazing? It is a moment that I will never ever forget for the rest of my life.”

Unfortunately, D’Agostino had twisted her knee in the fall and had to complete the race slowly through the pain.

Because the fall wasn’t either runners’ fault, they will both continue to the finals on Friday. Proof that being a good sport pays off.

#Blessed in the Age of Global Poverty

Will Ferrell and John C. Reilly Are Making a ‘Holmes And Watson’ Movie