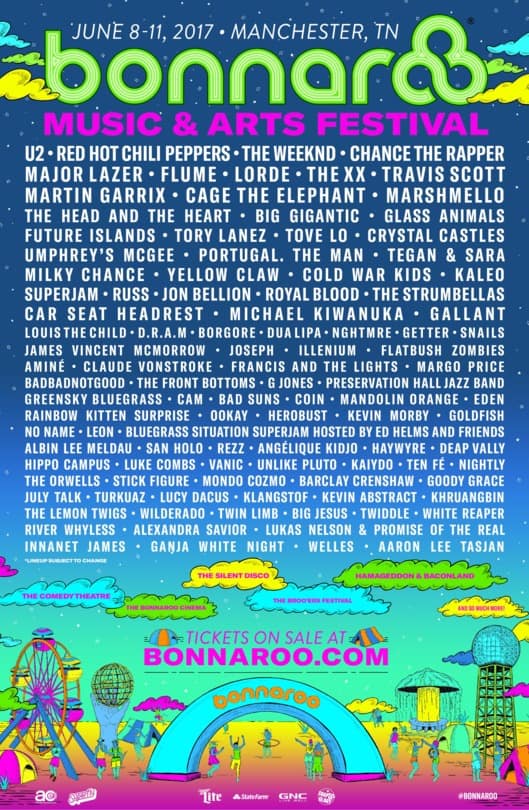 Bonnaroo just released their lineup and we’ve never been more excited at the thought of sweating for days on end in the middle of Manchester, Tennessee.

Earlier this week, U2 announced that they would be headlining the festival in honor of the 30th anniversary of their 1987 masterpiece The Joshua Tree.

With one of the world’s biggest rock bands of all time kicking off the festival, we had a hunch the lineup would also be stacked. Thankfully, we were right. The Weeknd, Chance the Rapper, the XX, Lorde, Gallant and Coin will all be taking the stage this summer along with a plethora of other artists we’re really stoked about. Check out the full lineup here.