Most notably, it was before 2008 —back when people still went to college for “english literature,” and when the question was more what kind of “work” you wanted to do then whether you could actually land a job.

I remember 2007 for two reasons: No Country for Old Men and There Will be Blood.  Before the Great Recession (or whatever we’re calling it), there was a certain feeling that movies could be more than guilty-pleasure robot shootouts. Shocking.

In this Golden Age of Cinema, these two films contended for Best Picture, and as much as I loved No Country, I wanted P.T. Anderson’s weird little religion-obsessed oil epic to win.  Because No Country is a perfect film—it’s neat and organized and has a beautiful three-act structure —but There Will be Blood reaches for something it can never really obtain. I was left with an uneasiness that has made the film linger with me.  Like the best Radiohead track, it has a sense of reaching and missing but getting so close. I think that is the most exhilarating kind of art.

If you haven’t watched the opening scene of the pilot, watch it now (it’s free!) As a thesis statement about the state of politics in our country, it’s absolutely required. As an opening for a show, it’s strong. Even when the silly piano track starts tinkling in the background, it’s hard to get too annoyed. This year of all years, the prospect of meaningful dialogue about important issues is exciting. We certainly need it. If The Newsroom does anything well, it illustrates just how cynical our public discussion of politics has become. Things have gotten bad. Almost everyone agrees on this point. The lucrative business of exploiting our differences has gone too far. HBO setting up Aaron Sorkin with a television show to dissect just this plight seems like a godsend; the perfect vessel for a long, nuanced discussion of how this acrimony plays out in real people’s lives.

The only problem is that, so far, there aren’t any real people on Aaron Sorkin’s show.

Instead, his characters tend to set up predictable grand-slam moments in the form of monologues. Everybody gets suspiciously articulate when they get angry (which is often.) You get the sense that this is a writer gone rogue. Sorkin’s best work (The Social Network, Moneyball) is full of momentary bursts of human inspiration, but there are also moments of silence. Moments when characters stop talking and think for a second. All that is missing here. Sorkin seems so frantic to get his points across that the edit becomes 77 minutes of rapid fire. It’s exciting at first, but wears thin after the first episode.

It isn’t all a bad thing. Mr. Sorkin is a smart guy and it shows. Some of The Newsroom’s least realistic monologues are also the most rewarding. Rewarding in the same way that Jon Stewart or Bill O’Reilly can be rewarding: articulate anger is fun to watch. It can be even more fun to discuss. But The Newsroom ostensibly exists to critique just that sort of ranting, and it falls drastically short. Just because Jeff Daniel’s grumpy teddy bear millionaire news anchor Will Macavoy is the picture of journalistic integrity during his live tv segments doesn’t give the rest of the show a free pass.

There’s a pretension of political neutrality in the first episode, but it’s obvious from the beginning that even if Sorkin is frustrated by both parties, his lean is decidedly left. The first three episodes center around the Deepwater Horizon oil spill, Jan Brewer’s decision to require Mexican immigrants to carry their papers and the rise of a very maligned Tea Party. You know what you’re getting into here. Post a clip from this show on Facebook and your Republican uncle’s going to have something to say about it.

And yet, it’s hard not to want this show to work. In glimpses, it does. At the end of three episodes, you do begin to care about the characters and, more importantly, to question your assumptions about them. The music has improved and the editing feels less forced then it did in the beginning. Hopefully, things will continue to improve, but The Newsroom‘s biggest enemy might just be its scope.

Sorkin sets out to tell you what’s wrong with everything and how to fix it. He sees a deeply cynical and harmful system and he believes he can change it for the better. It’s messy. It’s indulgent. But there’s part of me that wants to believe.

Because The Newsroom had potential to be so much more than the worst show worth watching this year. Maybe it still can be.

Either way, I think I’ll be watching. 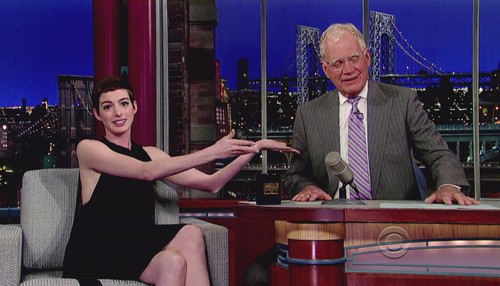