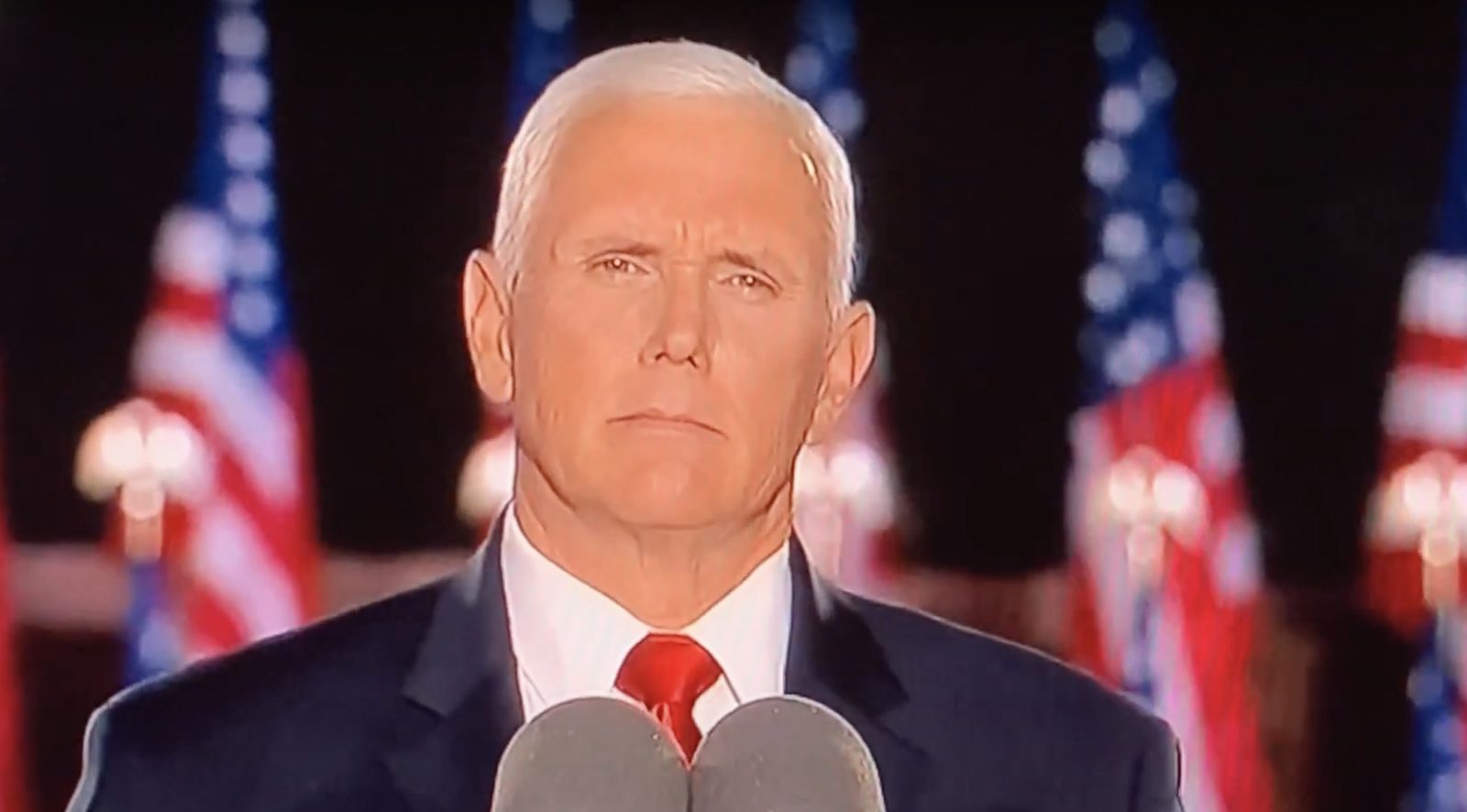 The Republican National Convention continues apace this week, though you could hardly be blamed for not knowing between unprecedented pro sports strikes and a devastating hurricane. Like last week’s DNC, it contains the usual mix of partisan talking points, political figureheads and “rah-rah USA” lingo. And, like last week’s DNC, it also stumbles into some troubling elements. In this case, that element came from Vice President Mike Pence, whose Wednesday address raised eyebrows for paraphrasing Hebrews 12 (which is fine), but swapping out the biblical language for patriotic buzzwords (which is not).

First up, Hebrews 12:1-2 says “Therefore, since we are surrounded by such a great cloud of witnesses, let us throw off everything that hinders and the sin that so easily entangles. And let us run with perseverance the race marked out for us, fixing our eyes on Jesus, the pioneer and perfecter of faith. For the joy set before him he endured the cross, scorning its shame, and sat down at the right hand of the throne of God.”

Pence paraphrased that verse and did eventually reference Jesus but before he did, he swapped out “Jesus” for “Old Glory” and “this land of heroes.”

After that clip, Pence went on to say “Let’s fix our eyes on the author and perfector of our faith and freedom…and never forget that where the spirit of the Lord is, there is freedom.” So, yes, on the one hand, Pence did get around to Jesus. But on the other hand, he made it pretty clear that he knew he was leveraging a Bible verse for a patriotic speech and he was adding the American flag and our “land of heroes” to Hebrews’ language about who to fix our eyes on.

Plenty of Christians weren’t thrilled, with many calling it idolatry.

“Let’s fix our eyes on Old Glory…” is a blatant, intentional nationalist perversion of Christian scriptures. It is not just civil religion. It is idolatry. pic.twitter.com/iOHElkIEWJ

Siri, what does the Bible call it when we take the name of Jesus out of scripture and replace it with something like “Old Glory?”

At least they are finally being honest. Empire (with the enthusiastic capitulation of the Church) has been replacing Jesus with various versions of “Old Glory” since 380 CE.

A Christianity in which Old Glory and Jesus are interchangeable is not biblical Christianity.

People in the comments: This stuff is so obvious, it’s offensive to say it. Totally unnecessary!

Vice President Mike Pence: “Let us run the race marked out for us; Let us fix our eyes on Old Glory…”

Rumor: Donald Glover Is Getting a ‘Lando’ Solo Series on Disney+

“Old Glory” is another name for the American Flag. Instead of “fixing our eyes on Jesus”, @Mike_Pence is calling us to Look to the Flag. He even repackages biblical language of sanctification to refer to an election.

Remember, he spoke at the SBC convention a few years ago. https://t.co/mvfDzl3xfV

Good morning. Whether intentionally or not, Pence has twisted one of the most powerful passages in scripture, replacing "Jesus" with a flag ("Old Glory") and the saints ("great cloud of witnesses") with "land of heroes." This is idolatry.

"Let us fix our eyes on JESUS…" https://t.co/9LmzwSowQR

In 2016, when he was selected as President Donald Trump’s running mate, Pence was fond of saying “I’m a Christian, a conservative and a Republican, in that order.” But at the RNC on Wednesday, that order got muddled into an ugly cocktail that demeans Pence’s witness. The flag is just a flag. America is just a country. They will fall eventually, one way or the other. But later in the chapter from Hebrews that Pence mashed up comes the real promise of Christianity: “Since we are receiving a kingdom that cannot be shaken, let us be thankful, and so worship God acceptably with reverence and awe, for our God is a consuming fire.”