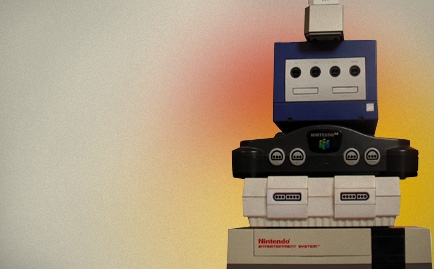 About: The Covenant species’ culture is one deeply ingrained with the religion of their forefathers. They are so ingrained, in fact, that they are best known by the name of the religion itself. Which is roughly equivalent of calling all the Ninja turtles “Pizza.”

This array of aliens all follow a very small, select group of prophets (read, three), who tells them exactly what to believe and how to go about believing it. This usually boils down to labeling the opposition as “heretics” and “devils” and disposing of them with large, shiny and preferably purple, guns.

The religious species thirsts for a rise to power, a return to the golden age, which they believe can be accomplished by igniting a Halo ring. In reality, these gigantic planet-sized rings are the ultimate weapons of destruction and are poised to destroy the universe and eradicate all life forms in it. The prophets don’t know this though, so it makes them seem sort of dumb, and it becomes pretty apparent that their God probably isn’t speaking through them.

Lesson: Blind faith leads to total annihilation… unless you join forces with the “devil” because apparently there’s just been a big understanding this whole time.

About: Harvest Moon is the incredibly addicting game in which players restore a farm, grow vegetables, and woo ladies. The land you inhabit is a little town complete with bakeries, a town center and a church. There is a potential mate in the church as well, and she goes by Maria.

Maria’s problem is that she’s a total nerd. And I do mean “total.” She literally spends most of her time in the town library murmuring and giggling to herself. Plus she’s not even close to as attractive as every other girl in the town.

As if the deck wasn’t stacked enough against poor Maria, her interests include insects, cabbage and cake. She’s also afraid of your dog. Seriously.

Lesson: Christian girls are incredibly boring, ugly and read too many books.

About: In the enormously popular Legend of Zelda series, the world was created by three deities named Din, Farrar, and Naume. These three goddesses created the earth, the laws, and the life forms on it. They represent Courage, Wisdom, and Power. They also left a golden three-piece triangle that embodies their powers.

Unfortunately, this tangible item not only represents their powers, but literally contains it. Within the wrong hands, it has the capabilities of destroying the world and basically screwing everything up. Just try and guess what happens.

Lesson: Church has enormous power, that if misused can be catastrophic.

Fable 2 takes a satirical look at just about everything, and nothing is spared, including religion. The Temple of Avo requires you to give exorbitant amounts of money to achieve things, including amassing incredibly dangerous weapons. One main character falls away from this church in a rather loud and, ironically, preachy manner.

You might be in the middle of a cave spelunking for treasure when she decides it’s appropriate to state, “It’s better to go out and do things than to sit around all day and pray.” However, the alternative is sacrificing characters to a wheel of doom, which is really no alternative at all for a hero.

Lesson: It’s better to give all your money to a corrupt church than to sacrifice innocent people to the dark forces. Or actually, it’s about the same, because either way you’ll get cool weapons.

How have you noticed treatment of religion or faith in your favorite games?

How to Go Church Shopping