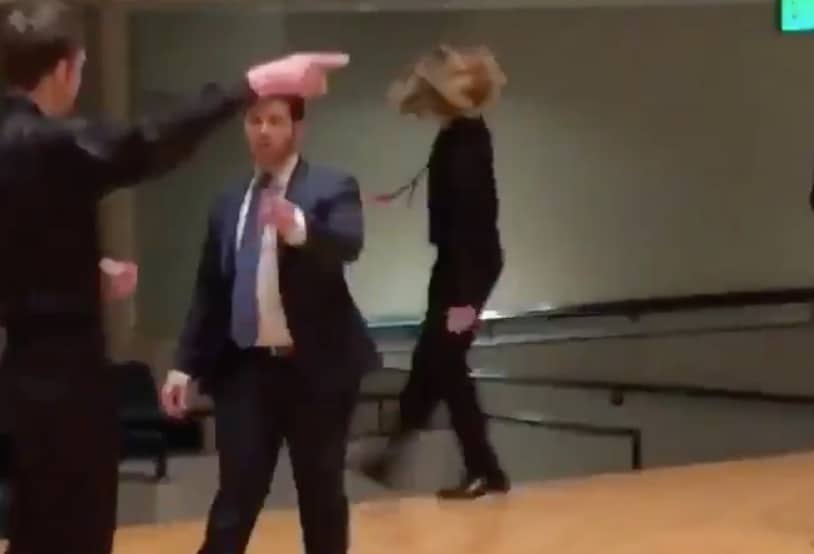 The Lord works in mysterious ways.

A Twitter user named Braden Wolf recently captured an early frontrunner for best moment of 2019. Taken at what appears to be a wedding rehearsal, Braden films an overly-enthusiastic groomsman experiencing a hall of fame-worthy Fortnite dance fail.

Seriously, just watch for yourself.

I could never forgive myself if I didn’t share this with the world. pic.twitter.com/Bb9DAmzAXv

The video has now been viewed nearly 9 million times, and has gained Braden some new followers. So, what is he going to do with all of the new attention? Crack a few jokes and tell them about how cool Jesus is.

There’s a lot of people following me bc of this tweet and all I can say is don’t have too high of expectations, I crack the occasional joke while talking about Jesus and music. I can’t consistently catch my friends falling off of stages.

But don’t forget that Jesus loved those who hated.
He ate with sinners.
He invited the tax collectors to follow him (Matthew was one).
He came for the sick, including those who push their sick on others.
It doesn’t mater how much you disagree with them.
Just love.

If You Watch One Movie Trailer This Weekend, Make It ‘The Death and Life of John F. Donovan’