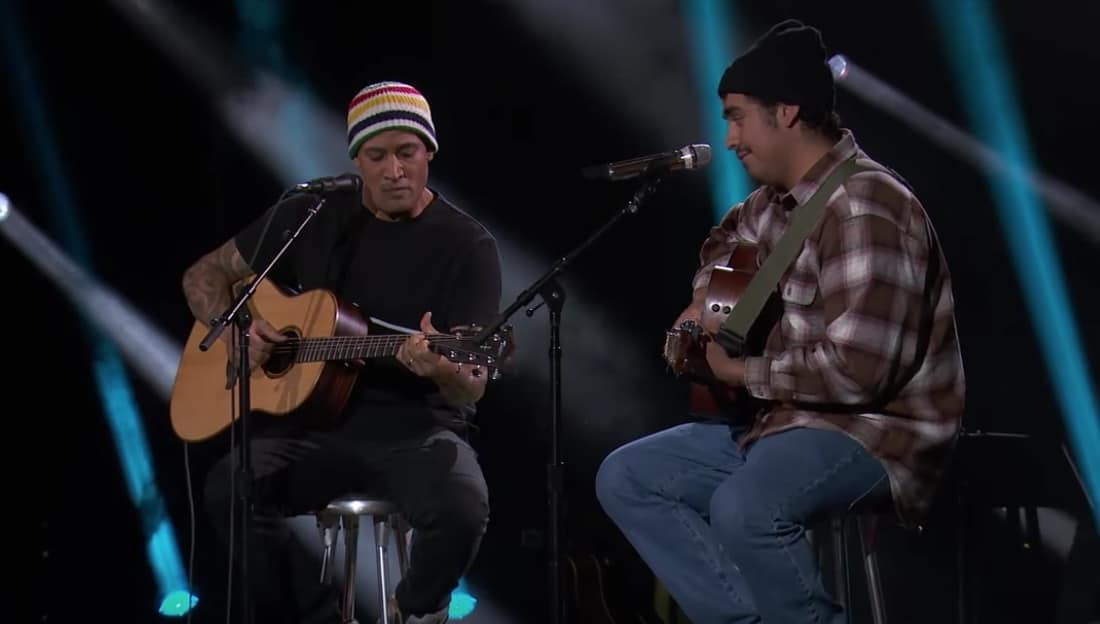 One of the breakout stars of American Idol this year is singer/songwriter Alejandro Aranda. The 24-year-old native Californian has an incredible voice, but he’s also a guitar phenom. In his initial audition, he wowed judges with his singing and playing alike.

This week, Aranda performed a duet with singer-songwriter Ben Harper (both guys come from the same hometown: Pomona, CA). They played the gospel song “There Will Be a Light,” also the title track from Harper’s collaborative album with The Blind Boys of Alabama.

You can watch the performance above.

Trailer: ‘The Wheel of Time’ Wants to Be Your New Fantasy Obsession

Here It Is: The First Ever Photo of an Actual Black Hole