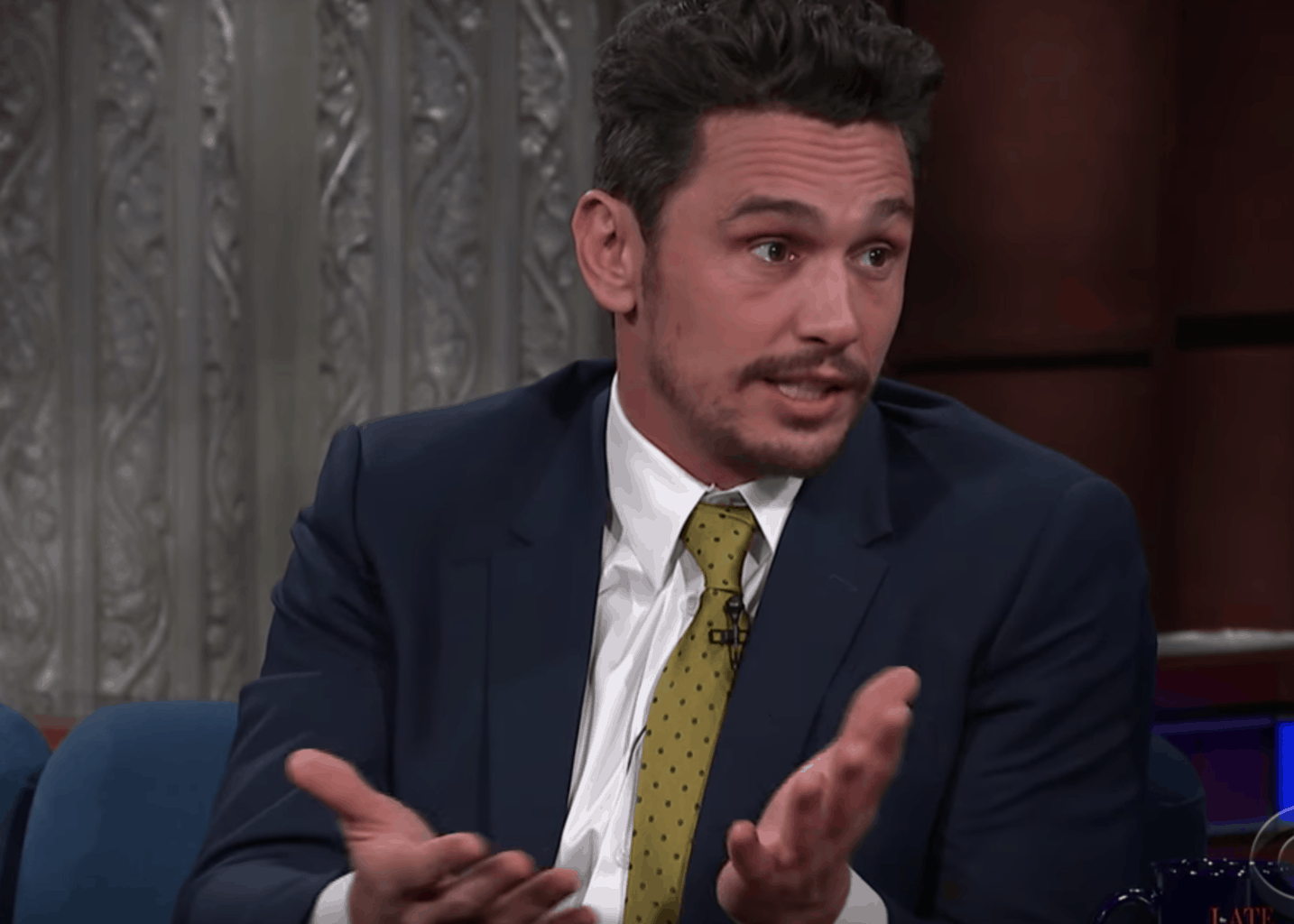 This week, actor and filmmaker James Franco was a guest on The Late Show, and host Stephen Colbert took the opportunity to ask him about recent—and disturbing—allegations of sexual abuse from several actresses who have worked with him.

Following his appearance at The Golden Globes, in which Franco wore a “Time’s Up” pin in support of the victims of sexual abuse, several individuals took to Twitter to describe their own interactions with Franco.

In a tweet, Sarah Tither-Kaplan wrote, “Hey James Franco, nice #timesup  pin at the #GoldenGlobes, remember a few weeks ago when you told me the full nudity you had me do in two of your movies for $100/day wasn’t exploitative because I signed a contract to do it? Times up on that!”

In his interview on Colbert, Franco said that some of the things on Twitter were “not accurate,” though admitted he hadn’t read them.

Actress Violet Paley also wrote about a disturbing incident, saying that Franco sexually assaulted one of her friends when she was just 17-years-old.

Back in 2014, Franco admitted to trying to invite a 17-year-old girl back to his apartment.

I love how quickly Hollywood forgets…. as James Franco stands up there with his #timesup pin that he not so long ago tried to knowingly get an underage girl to come to his hotel room. #GoldenGlobes pic.twitter.com/2GvZ8JkTxM

Following the interview, Paley retweeted comments from a follower rebuffing the suggestions that these conversations should happen outside of social media.

Memphis Megachurch Pastor Admits to Sexual Abuse of a Minor